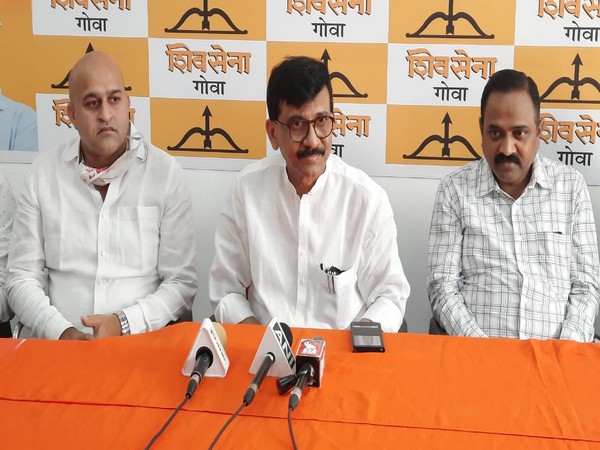 NEW DELHI: The Shiv Sena will contest 10-15 seats in the next month’s Goa Assembly elections, party leader Sanjay Raut said on Sunday and stressed that the Maharashtra-based outfit will field common men as its nominees.

Responding to a question on whether the Sena will contest the polls in Goa along with the NCP, its alliance partner in the Maharashtra government, Raut said, We will also go. Their (NCP) leaders are coming to Goa

The Sena has so far failed to succeed in electoral politics in Goa which has a sizable Maharashtrian population. The Uddhav Thackeray-led party has been fielding candidates in the Marathi-dominated pockets of the tiny coastal state.

This time, Shiv Sena was holding talks with the Congress and the NCP to take on the BJP after the formation of the Maha Vikas Aghadi. However, the talks appear to have not materialised.

The NCP and Shiv Sena are together in Maharashtra. Even Congress is with us. But there must be some compelling reason for the seat-sharing. Our talks with them were on. NCP’s talks were with the Congress. That doesn’t mean that we will not contest polls, Raut said.

He said that the politics of Goa revolves around 10-12 people who hop from one party to another.

There are land mafia, drugs mafia. No party has remained untouched from this. We want the people of Goa to choose common people. We will give tickets to these people, Raut added.

The political contest in Goa has become multi-cornered with the entry of the Mamata Banerjee-led TMC and Aam Aadmi Party (AAP) apart from the traditional contestants like the BJP, Congress, MGP and GFP.

In the 2017 Assembly polls for the 40-member Goa Assembly, AAP had drawn a blank.

In the previous polls, the Congress had emerged as the single-largest party in Goa as it won 17 seats in the 40-member House. However, it failed to form the government after the Bharatiya Janata Party (BJP), which bagged 13, allied with some independents and regional parties to form the government under Manohar Parrikar who passed away in 2019. BJP’s Pramod Sawant is the incumbent chief minister.

The Congress has already announced its pre-poll alliance with the GFP, while the TMC has a tie-up with the Maharashtrawadi Gomantak Party (MGP) for the upcoming polls.

Recently, the TMC had hinted at a grand alliance comprising the Congress and AAP to take on the BJP.