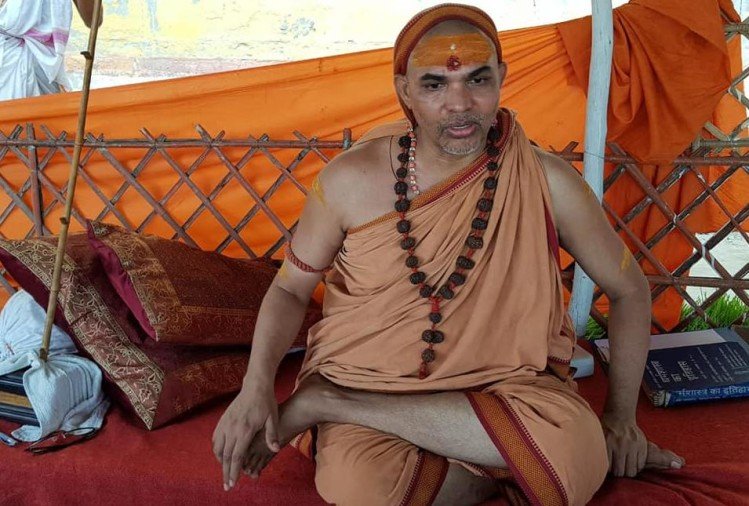 NEW DELHI: A saint cannot be a chief minister as after taking the oath of secularism as a constitutional dignitary, he cannot stay “religious”, a prominent seer said here on Monday, in an apparent reference to Uttar Pradesh Chief Minister Yogi Adityanath.

The claim was made by Swami Avimukteshwaranand in his reply to a query on Chief Minister Yogi Adityanath’s status as a saint and the mahant of Gorakhnath temple in Gorakhpur.

No man can abide by two pledges. A saint can be a mahant’ but not a chief minister or prime minister. This is possible in the khilafat’ system of Islam in which the religious head also happens to be the king, the seer, attending the Magh fair here on the bank of Ganga, said.

The seer also expressed concern over the alleged mismanagement in organising the Magh fair in Prayagraj this year.

The Magh fair has been greatly ignored this year. Some saints have gone to extent of threatening fast and self-immolation too. If the leaders are busy in elections, can’t the government officials properly manage the fair? he asked.

On the sudden rise of water level in the Ganga, inconveniencing the saints, Swami Avimukteshwaranand asked, Why the water level is not being controlled when the government has the mechanism to regulate the flow in rivers?

Owing to the sudden rise in the water level, many people had to shift their tents, he said.

On the alleged interference of politics in religion, the seer accused all political parties of making transgression into religion.

He said all parties have transgressed into politics and the trend is no longer limited to merely having ties with saints and seers but they are installing their men on key religious positions.

He said political parties are seeking to man the religious positions with their votaries to advance their views.

Some people in the country want religious gurus to speak in their language, he said, adding “that is why the people propagating religion following its ‘old books’ are irritating them and a policy to remove such people is on work.

On the upcoming Uttar Pradesh assembly polls, he said, The people should elect the right man and right party so that they should not be left repenting after the formation of the government as is being felt these days that many people are lament that they have committed a mistake.

The people must not commit the same error in the elections ahead, he cautioned.