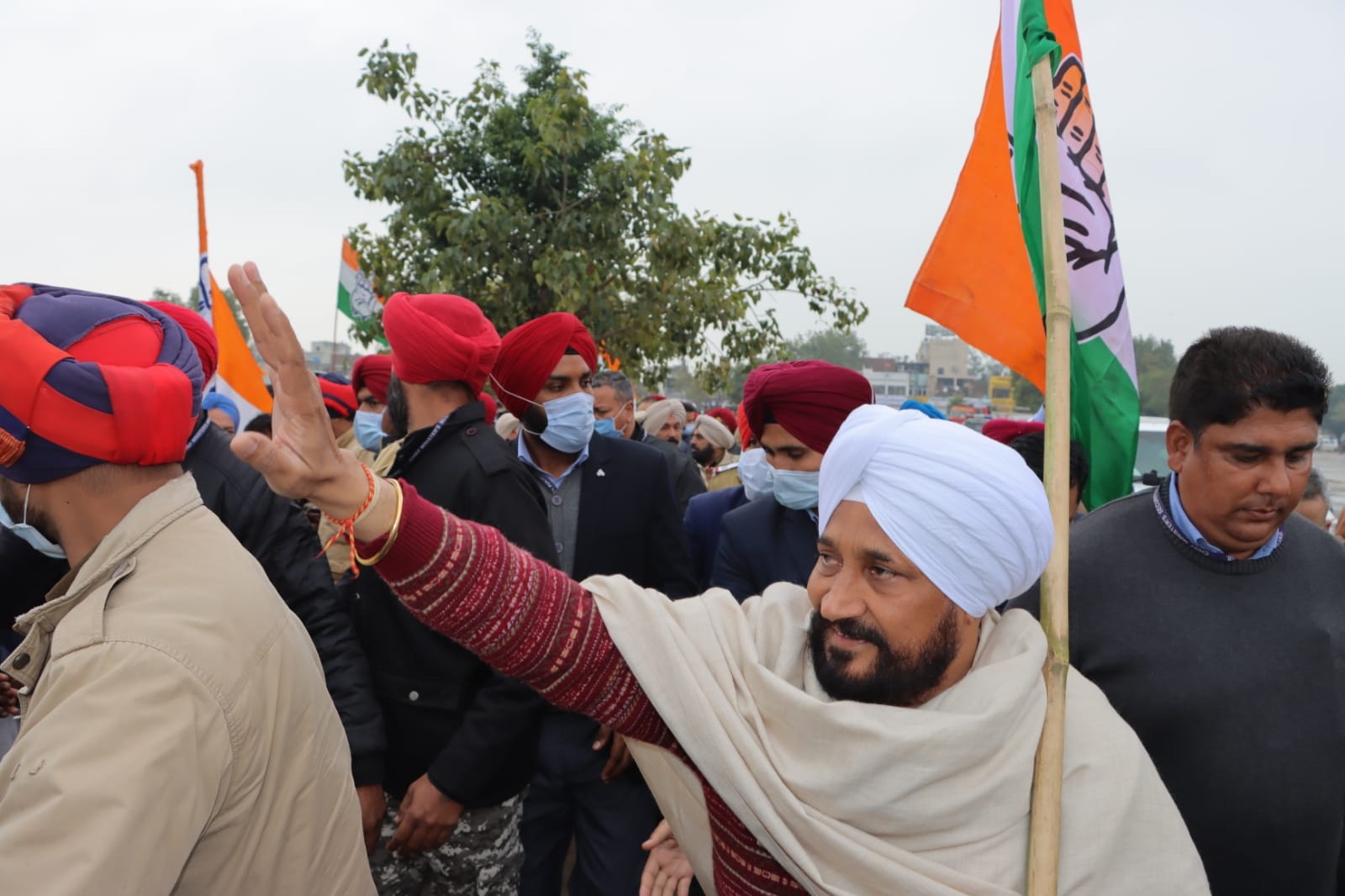 NEW DELHI: Punjab Chief Minister Charanjit Singh Channi on Wednesday said the Bahujan Samaj Party has sold out interests of the Dalits to the Shiromani Akali Dal, with which it has forged an alliance for next month’s Assembly polls.

The Punjab CM also said the party has no existence in the state and the BSP pawned off itself to the Shiromani Akali Dal (SAD).

The BSP is contesting the Punjab Assembly polls in alliance with the SAD and will be fielding candidates on 20 of 117 seats, according to a seat-sharing arrangement.

Addressing an election meeting in favour of Congress candidate Balwinder Singh Dhaliwal, the CM said, “BSP’s founder Kanshi Ramji had a vision and founded the party for the progress of the ‘samaj’ (SC community) but the party’s present leadership in the state has finished the party.

“The BSP claims that it represents 35 per cent of the SC community but why has it accepted only 18 per cent of the seats and not 35 per cent,” he asked, adding that even on the 20 seats allotted to it, the party has little prospects.

The Akalis have cleverly kept seats with strong prospects with themselves, he alleged.

“Out of 20 seats, Akalis have very shrewdly put 13 candidates of their own in an indirect way and in reality the BSP has only seven candidates. The BSP has sold out tickets. It has fielded candidates in urban areas, where it has no presence. So don’t spoil your votes as neither its state president nor other leaders have any existence in Punjab,” said Channi.

Continuing his broadside against the BSP, Channi alleged that the SAD hobnobbed with the BJP and used the BSP to benefit its old ally.

“People have seen through this game of the Akalis that the BSP is being used just as a tool to benefit the BJP,” he remarked.

“But when he got no response, Kejriwal used Bhagwant Mann’s name just to hoodwink people,” he said.

Channi said he got only 111-day tenure as CM (before the election code came into force) and told people to give the party one more chance for good governance and amelioration of the common man’s lot.

He pooh-poohed SAD chief Sukhbir Badal for aping him by playing football “even though he never played any game”.