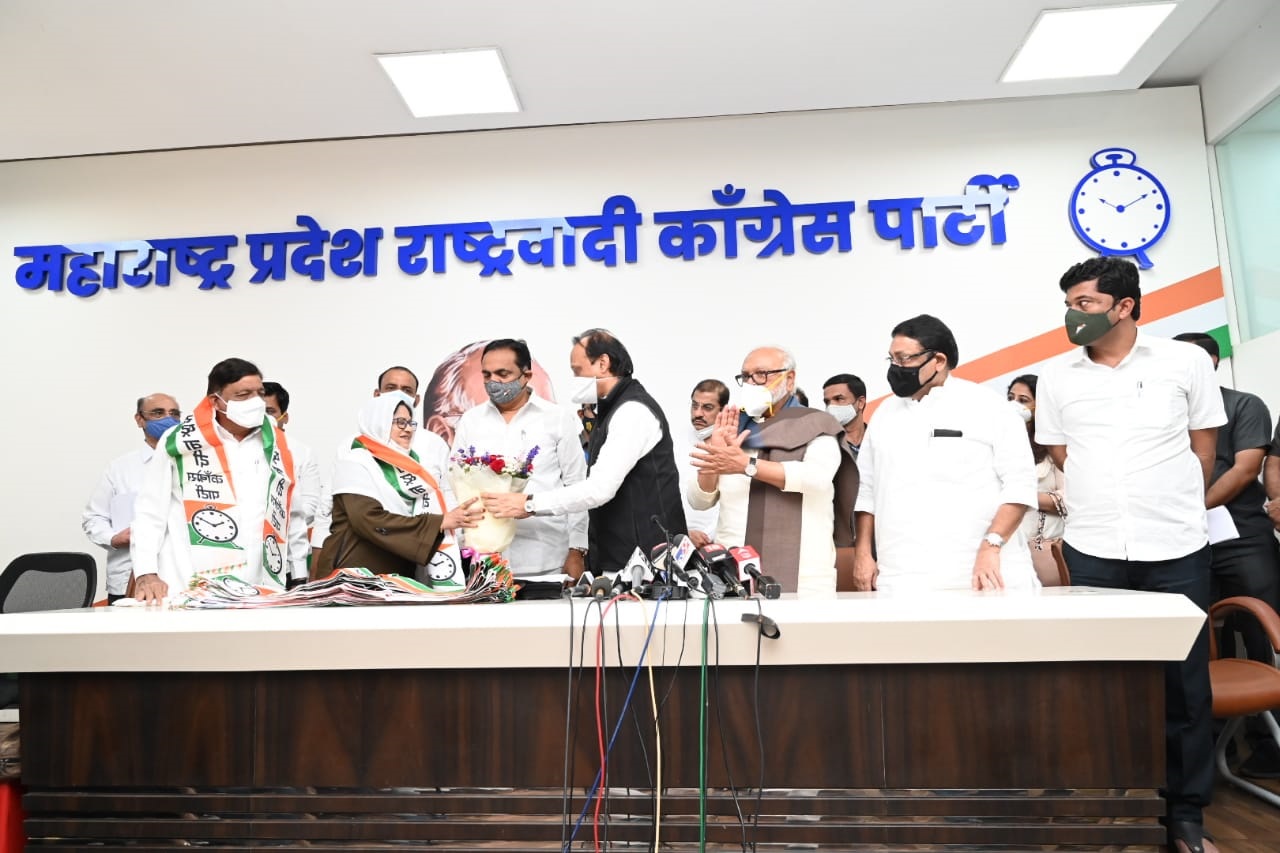 NEW DELHI: The NCP has claimed all the 28 Congress corporators in Malegaon city in Maharashtra’s Nashik district, including the mayor, crossed over to the party on Thursday.

The Congress, however, said 27 of the 28 party members in the Malegaon Municipal Corporation (MMC) have joined the NCP. Both the NCP and the Congress are allies in the Shiv Sena-led MVA government in the state. The NCP already has 20 corporators in the 84-member civic body. The Shiv Sena has 13 members in the MMC, the BJP 9, the AIMIM 7, the JD(S) 6 and one Independent.

Both Patil and Pawar said Malegaon will have an NCP MLA in the next assembly elections and the party will work for development of the city.

A state Congress officer-bearer said the party corporators switched sides on grounds that the civic body wasn’t getting funds for development projects in Malegaon. Development funds are allotted by Ajit Pawar, an NCP leader who is also the finance minister, he said.

Asked about the development, Maharashtra Congress president Nana Patole said, “Even though the Congress and the NCP are allies in the MVA, this is politics. Some NCP corporators are joining us. I will not reveal much details now.” He said if the NCP was engineering defections in the Congress ranks, “we, too, will decide what to do in the future. ” Those who quit on their own are not required to tell their grievances to the party leadership,” Patole said.