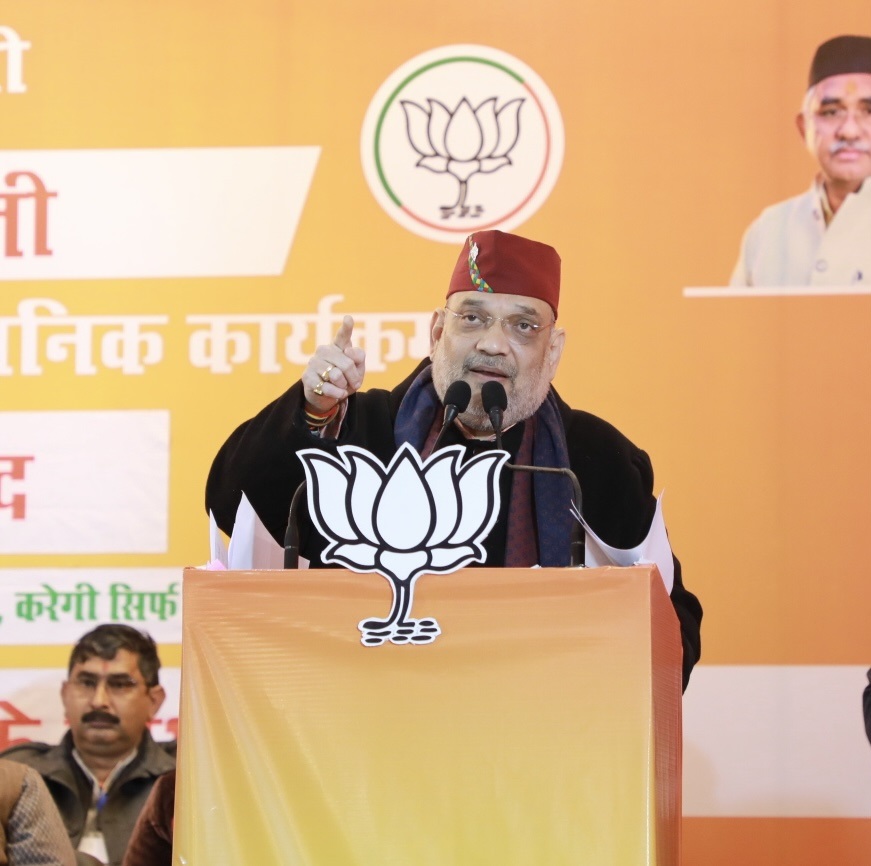 NEW DELHI: Union Home Minister Amit Shah on Friday held a door-to-door campaign and addressed poll meetings in Uttarakhand’s Rudraprayag district, appealing to people to bring the BJP back to power in the state to ensure good governance for another five years.

Shah, who also offered prayers at the Rudranath temple, distributed pamphlets listing the work done by the BJP government during its tenure and what the party plans to do during the next five years if it returns to power.

He also targeted the previous Congress dispensation, describing it as a government of corruption and scams.

Addressing a gathering of ex-servicemen, Shah said, “You gave your blessings to us in 2014 and 2019 by giving all the five Lok Sabha seats to us. Then you gave us a massive mandate in 2017, giving us 57 out of the 70 assembly seats.”

“You have seen the work done by us. You have to vote for good governance for another five years so that the big projects already underway are completed,” he said.

The minister said the soldiers from Uttarakhand are protecting the frontiers of the country from Ladakh to Kutch with great valour and dedication and they have to show the same dedication in protecting democracy as well.

Citing Chardham all-weather road, Rishikesh-Karnaprayag rail line, reconstruction of Kedarnath and Badrinath as major infrastructure projects on which substantial progress has been made in the last five years, Shah said a complete five-year tenure of Chief Minister Pushkar Singh Dhami, who has the blessings of the Narendra Modi government at the Centre, will see their completion.

Dhami took over as the Uttarakhand chief minister in July last year as his predecessor Tirath Singh Rawat resigned months after taking charge as the head of the state.

He also challenged Rawat, who is contesting from Lalkuan assembly constituency in Nainital district, to show the infrastructure work done during his tenure.

The elections to the 70-member Uttarakhand Assembly will be held on February 14. The counting of votes will be taken up on March 10.