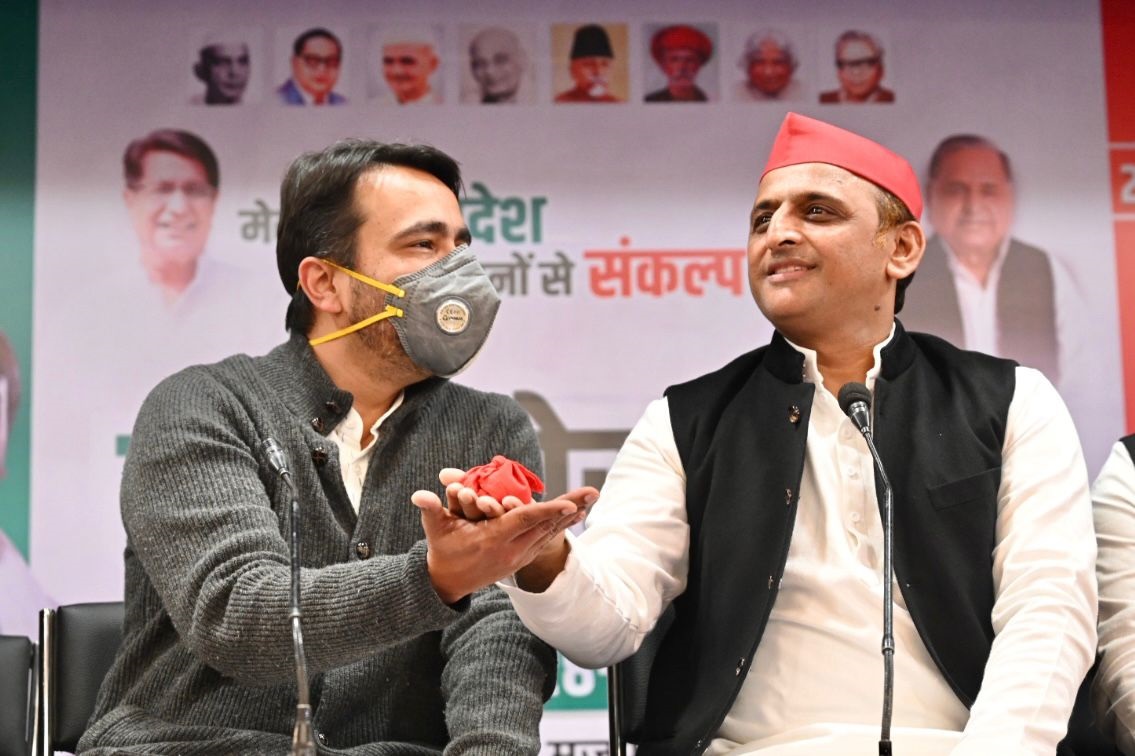 NEW DELHI: Samajwadi Party (SP) chief Akhilesh Yadav on Friday asked farmers to be wary of the BJP, saying the ruling party’s government had withdrawn its controversial farm laws only for the sake of votes.

He also assured farmers that if his alliance forms the government in Uttar Pradesh, they will not allow the implementation of any such anti-farmer law in the state.

Yadav made the statement addressing a joint press conference with Rashtriya Lok Dal (RLD) chief Jayant Chaudhary, whose outfit is contesting the Uttar Pradesh Assembly polls in alliance with the Samajwadi Party.

Ahead of the Assembly polls, the BJP is reaching out to the Jats in western Uttar Pradesh, from where members of the community had taken part in the year-long stir against the laws at the Delhi’s border points.

BJP leaders had also asked the RLD chief to join hands with their party after Union Home Minister Amit Shah held a meeting with Jat leaders in Delhi on Wednesday.

Speaking on the occasion, Jayant Chaudhary said his party’s alliance with the SP is “solid” and aimed at furthering the cause of farmers.

Akhilesh Yadav said, “The BJP had promised to double the income of farmers but it brought the three anti-farmer laws. The farmers forced the government to repeal the laws. The BJP rolled back the laws for the sake of votes. The BJP is a party, which brings laws without telling anything.”

Akhilesh asserted on coming to power, their party won’t implement any such law in the state and said he and Jayant are taking forward the cause of farmers championed by former PM Chaudhary Charan Singh, his father Mulayam Singh Yadav and the late farmer leader Mahendra Singh Tikait.

Jayant said earlier people had doubts if the both parties would forge an alliance.

“Our confluence had taken place much earlier. We want UP to develop and have forged the alliance as we want to take the fight of Chaudhary Charan Singh ahead,” Jayant said remembering his grandfather.

Akhilkesh had reached Muzaffarnagar late for the press conference, claiming earlier in the day that he was stranded in Delhi as his helicopter was not allowed to take off.

In a tweet in Hindi, the SP president posted a picture with a helicopter in the background and said no reason was given for it.

“My helicopter is still detained in Delhi without assigning any reason and not being allowed to go to Muzaffarnagar, whereas a top BJP leader has just flown from here. This is a desperate conspiracy of the losing BJP. People are understanding everything,” he said in his tweet.