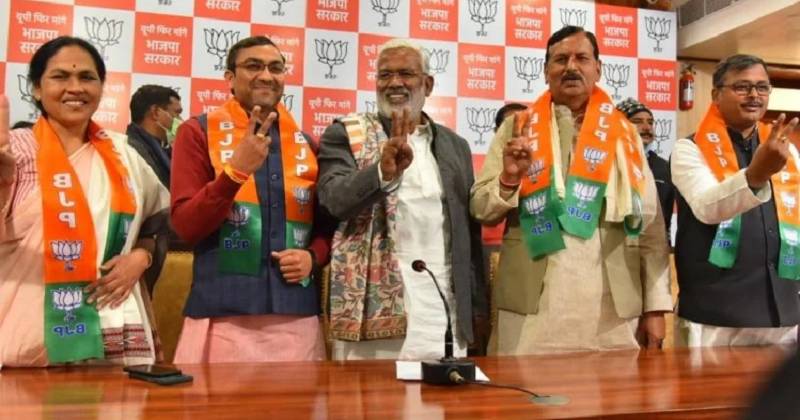 Union minister Shobha Karandlaje was present on this occasion.

UP BJP chief Swatantra Dev Singh welcomed the leaders into the party fold.