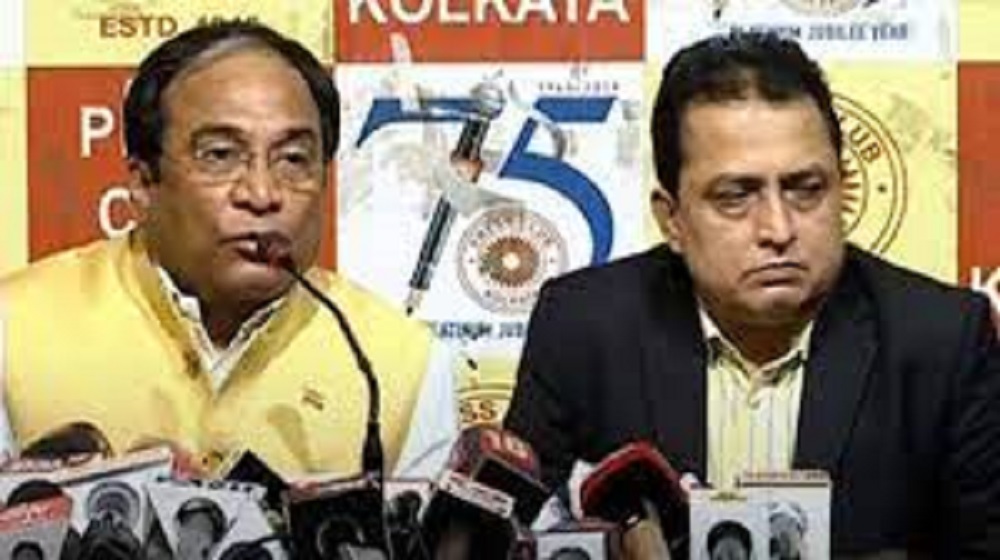 KOLKATA: Scotching speculations on their quitting the party, two suspended BJP leaders Ritesh Tewary and Joyprakash Majumder Sunday asserted that they will work to strengthen the saffron party and are hopeful about their views being accommodated in the coming days.

Tewary told reporters he was one of those who had built the party organisation “block by block” in the past few decades.

BJP had suspended Majumder and Tewary a week ago. They had invited disciplinary action after meeting Union Minister Santanu Thakur in the first week of January and attending a press meet with him where they protested against the omission of 90 per cent oldtime BJP leaders in the new committees of the saffron party.

“(We have) No plan to leave the party. We are sure our views will be accommodated. Majority of the party members support our views,” Majumdar said after holding discussions with Union Minister of State for Shipping Santanu Thakur at Thakurnagar in North 24 Parganas district.

Tewary, who addressed another press meet in Kolkata, said “We are hopeful BJP state president Sukanta Majumdar will now take a more proactive approach and reach out to those loyal party men who had been overlooked in the formation of the state and district committees.”

Tewary said he was happy Majumdar has spoken to Thakur, who is also a leader of the sizeable Matua comnunity, few days back but it took place “too late and should have been initiated much earlier.”

Sukanta Majumdar said on Sunday that he had spoken to Thakur a few days ago on all issues and hoped that the differences of opinion will be sorted out through discussions at the earliest.

“Any leader of our party can meet Shantanu Thakur, who is an important leader. Why should we object ? If he wishes he can discuss any issue related to the party organization with the central leadership. We are sure he will do this to strengthen the party,” he said.

Thakur, while leaving for Delhi to attend the budget session of Parliament, told reporters “Where will the two loyal old timers go? They have been with the party for years.”

The issue of citizenship of the Matua community also needs to be taken up, he added.