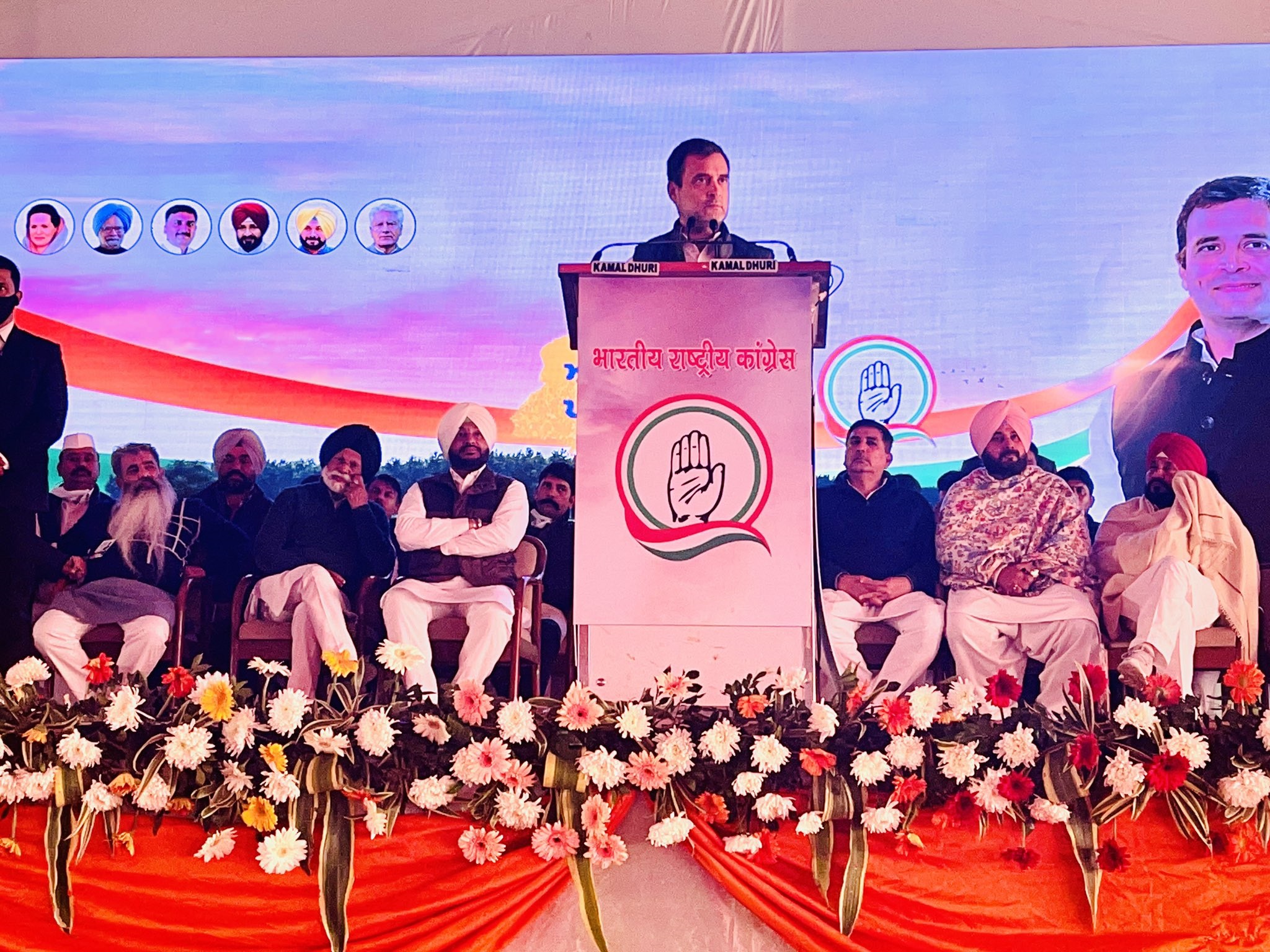 Gandhi made this announcement while addressing a virtual rally in Ludhiana. “People of Punjab said we need a CM from ‘gareeb ghar’ (poor family),” said Gandhi.

The party had taken feedback from its leaders and workers, and had also sought the opinion of the public through an automated call system on who should be its chief ministerial candidate.

Addressing the same rally earlier, Navjot Singh Sidhu said, “during 17 years of political career, Sidhu never lived for any post, but always wanted Punjab’s betterment and improvement in lives of its people”.

For the past several weeks, Channi and Sidhu have, directly or indirectly, made a case to be declared as the party’s nominee for the top post.

Hailing Rahul Gandhi’s leadership, Sidhu said it was he who made a Dalit the chief minister of the state last year.

Earlier, Sidhu had tweeted that he will abide by the party’s decision on the chief ministerial face, which he reiterated during the virtual rally.

In his address, Charanjit Singh Channi said farmers laid down their lives during the agitation against the Centre’s farm laws. “Who is responsible for this? It is the BJP government and the SAD (Shiromani Akali Dal), which was the one who cleared farm ordinances, as well as the AAP (Aam Aadmi Party) government (in Delhi) which notified farm law. Now, they seek votes here,” said Channi.

Channi then directed most of his attack on the AAP, saying they cannot bring any change in Punjab.

Gandhi arrived in Ludhiana on Sunday to hold a virtual rally and announce the chief ministerial face of the party.