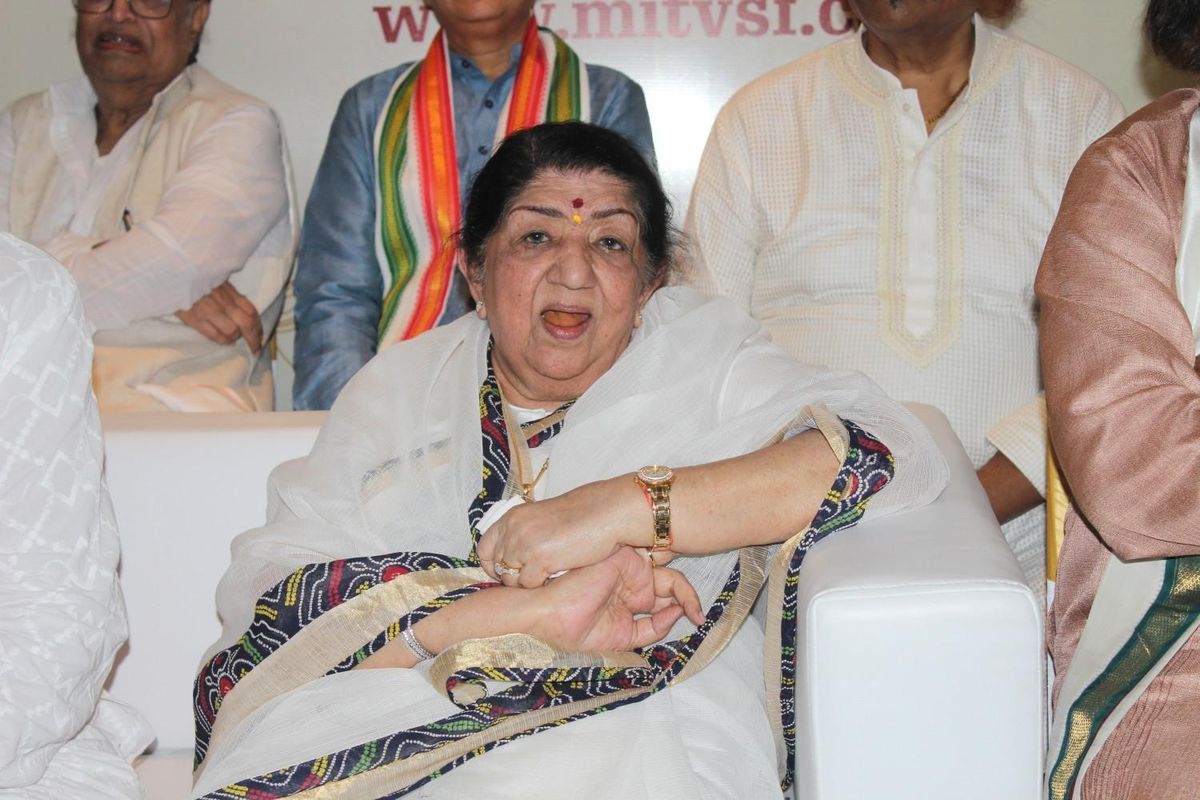 Mumbai: Singer Lata Mangeshkar during the press conference to announce the launch of Gurukal Vishwashanti Sangeet Kala Academy in Mumbai on May 12, 2017. (Photo: IANS)

NEW DELHI: Singing legend Lata Mangeshkar, who was a nominated member of the Rajya Sabha, might not have been an active parliamentarian, but had voted in favour of the Prevention of Terrorism Bill, which was passed in a rare joint session of Parliament in 2002.

Mangeshkar, who breathed her last on Sunday, was nominated to the Upper House of Parliament in November 1999 and completed her tenure on November 21, 2005.

She rarely attended the Rajya Sabha proceedings and believed that she was a misfit in Parliament.

The then NDA government, led by Prime Minister Atal Bihari Vajpayee, did not enjoy a majority in the Upper House and the bill was defeated with 98 members, including Mangeshkar, voting in favour and 113 voting against it.

A joint session of the Lok Sabha and the Rajya Sabha was then convened in the Central Hall of Parliament on March 26, 2002, which passed the Prevention of Terrorism Bill with 425 members voting in favour and 296 voting against it.

Parliament records show that Mangeshkar had voted on both the occasions — in the Rajya Sabha on March 21 and in the joint session of both Houses of Parliament on March 26.

Mangeshkar’s association with Parliament was not limited to her Rajya Sabha tenure. She had also participated in the 50th anniversary celebrations of the independence in the Central Hall of Parliament.

Mangeshkar’s rendition of “Saare Jahan se Achha” and Pandit Bhimsen Joshi’s exposition of “Vande Mataram” had left the parliamentarians enthralled at the midnight session of Parliament on August 14-15, 1997.

In this article:Lata Mangeshkar, Parliament, POTA