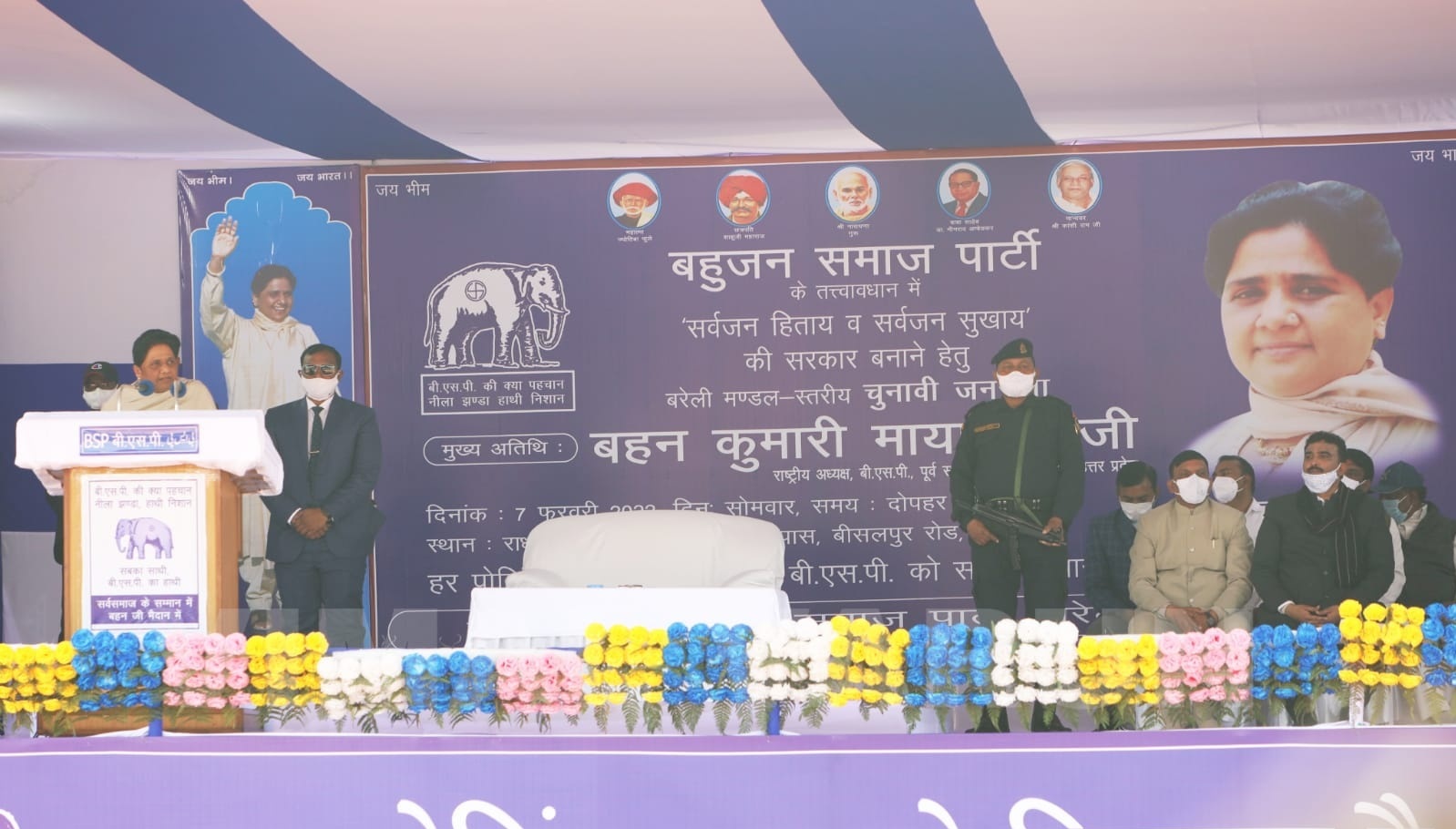 BAREILLY: BSP supremo Mayawati on Monday took a swipe at the opinion polls conducted by the electronic media and asked voters not to take them seriously.

Addressing an election meeting here, the BSP chief cited the opinion polls done in the 2007 Assembly elections, in which her party was shown at the third spot, but it won and formed its government.

“When the Assembly elections were held in UP in 2007, the opinion polls were telling that the BSP would remain at No. 3 but the BSP came at No.1. The party, which was being shown at No. 1 was pushed to No. 3. Don’t believe in opinion polls,” the BSP supremo said.

Attacking her political opponents, she said the Congress has not done any work for the Dalits and poor.

The Congress has always been anti-Dalits, she said. On the Samajwadi Party, she said, ” The goons and the mafia dominated the scene during the SP government. It was a government of riots and loot.”

She also accused the BJP of being casteist and spreading hatred on the basis of religion.

“The policies of the BJP and the RSS are casteist, and spread tension and hatred in the name of religion,” she said.

She said crime has increased during the BJP government while the Dalit and backward classes have been unable to get the benefit of reservation.