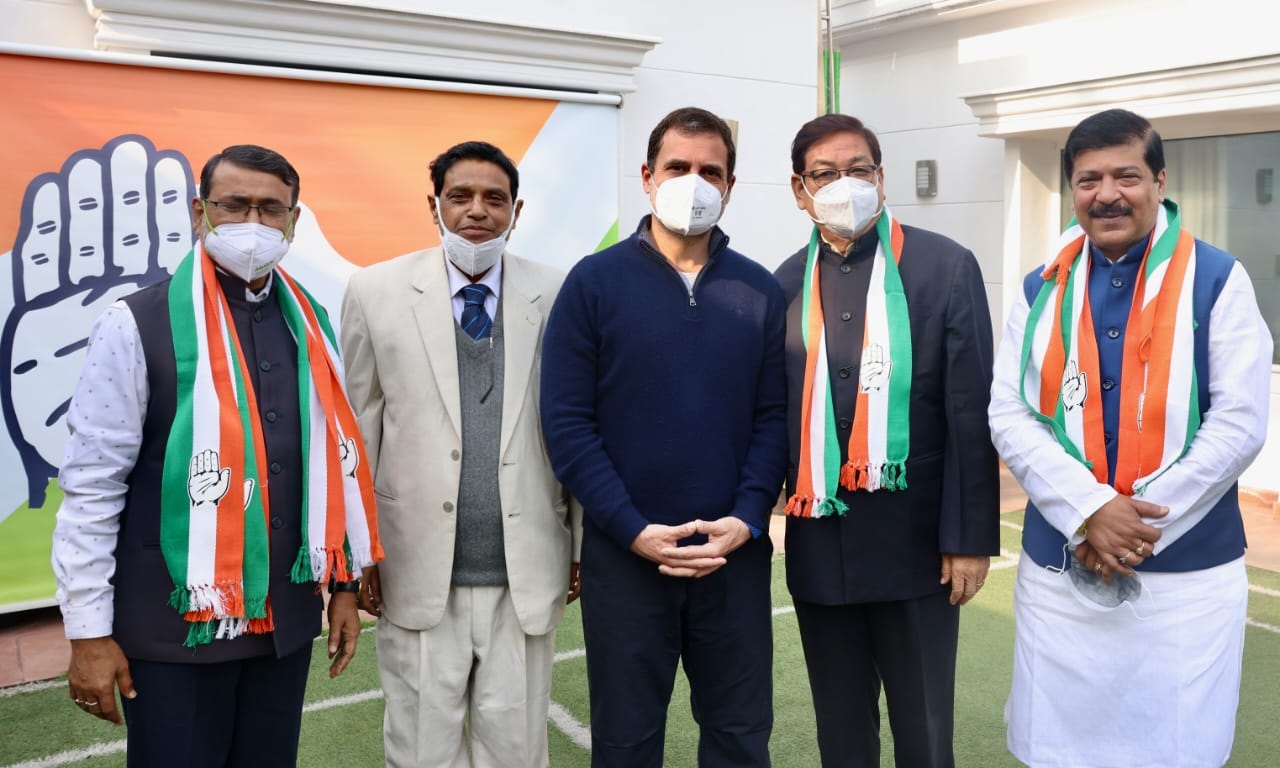 NEW DELHI: Tripura MLAs Sudip Roy Barman and Ashish Saha who had resigned from the Assembly and quit the Bharatiya Janata Party (BJP) yesterday, have joined the Congress today.

All India Congress Committee in-charge Ajoy Kumar said in a tweet that Rahul Gandhi and Priyanka Gandhi Vadra were present when the dissident leaders joined the party.

After resignation of Barman  and Shah, BJP’s strength has now reduced to 33 in the 60-member Tripura Assembly.

“Many MLAs are ready but perhaps they want to wait for a few more months due to technicality. Everyone is disillusioned with the party. I feel Tripura can go to polls along with Gujarat & Himachal,” Barman said after joining the Congress.