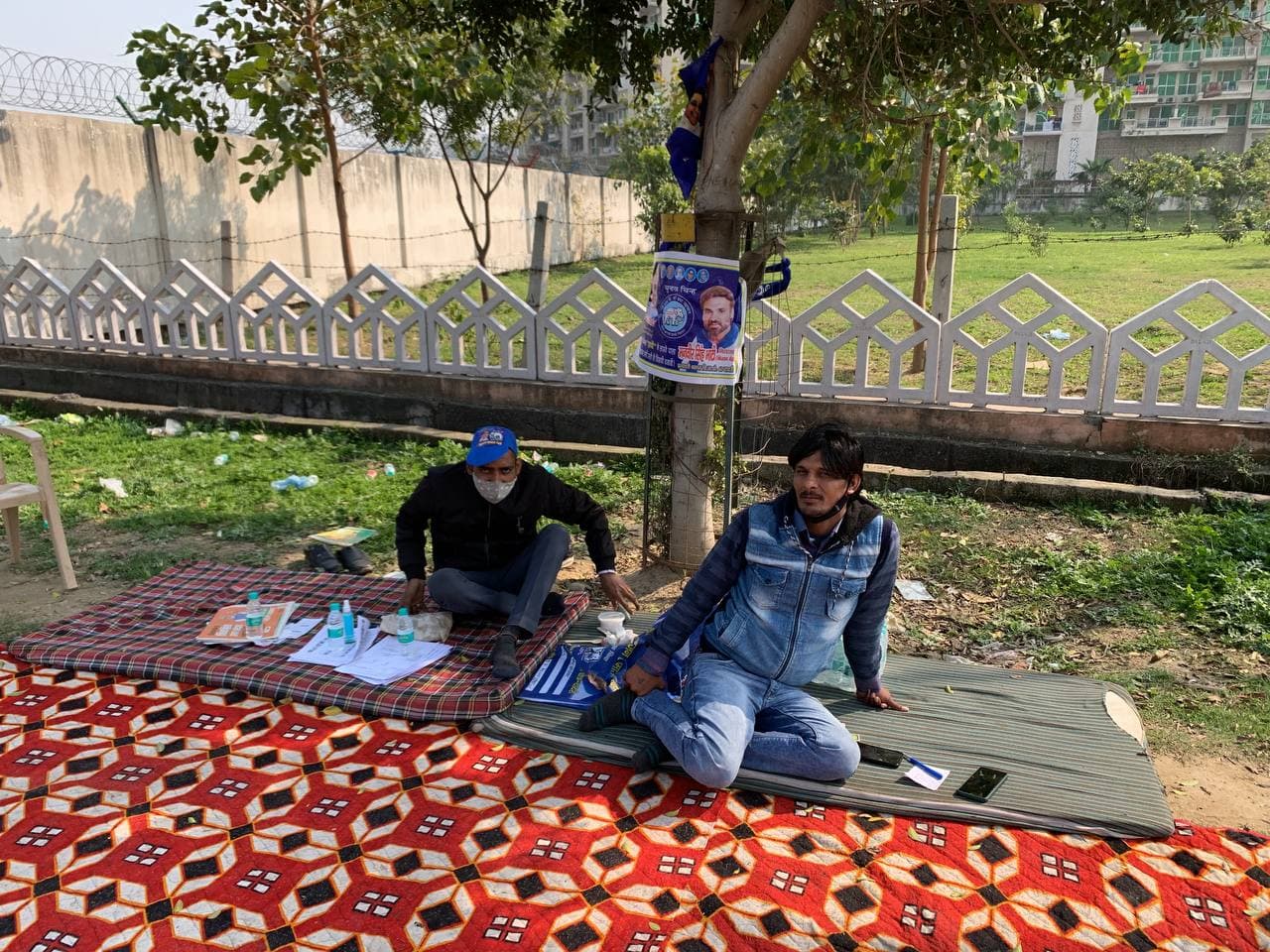 The first phase of much awaited assembly polls of 2022 were held on Thursday, with the largest state of the country voting to seal the fate of most heated contest, which is also perceived to set the mood for upcoming Lok Sabha elections in 2024. About 60.23% polling was recorded by 8pm.

A total of 623 candidates, including 73 women, are in the fray and around 2.28 core voters, including 1.24 crore men and 1.04 crore women were expected to exercise their franchise in 58 constituencies spread across 11 districts of UP.

Mood of the People

In 2017 assembly polls, the BJP won 53 seats out of 58 seats by securing 46% vote share, followed by the BSP with 22.5% and the SP with 14.3%. While most of the opinion polls are hinting at a comfortable victory to ruling Bhartiya Janata Party, the SP-RLD alliance is posing a stiff competition in this watertight contest.

The BJP has once again, as expected, relied on its traditional Hindu-Muslim polarisation card and urban voters, while the SP-RLD alliance has put their bets on balancing caste equations at local levels and rural voters.

Looking at the initial trends at the polling stations in the first phase, the Jaat, Yadav, and Gujjar voting groups seem divided, as some have favoured BJP, and some have voted for SP-RLD candidates.

AIMIM candidates may play spoilsport for SP-RLD alliance, by cutting a considerable chunk of Muslim votes, as poll experts opine that the situation is favorable in some seats for AIMIM, especially after attack on its chief Asaduddin Owaisi’s vehicle.

This was anticipated in 2021 West Bengal elections too, considering the state has about 27% minority population. But results were no less than a shock for AIMIM, almost all of their candidates losing deposits from Muslim dominated regions of the state. The party may face similar fate in UP elections too, as Muslim voters are likely to choose to put up united fight against BJP, by strengthening SP-RLD alliance, as they are prime contenders for forming the government after the BJP, and not wasting their vote on AIMIM, which is nowhere in the contest.

The Congress, the BSP and also Hyderabad MP Asaduddin Owaisi’s All India Majlis-e-Ittehadul Muslimeen (AIMIM) are in contention in western Uttar Pradesh districts, which have a higher-than-average Muslim population compared to other parts of Uttar Pradesh. Both the BSP and the AIMIM have given more tickets to Muslim candidates.

Many polling stations in Gautam Buddh Nagar does not have Congress and BSP booth agents, which is a clear sign of them not being in the contest.

Farmers, which form the largest voting group in Western UP, also stand divided, as some favouring BJP because of direct cash benefit of Rs 6,000 annually under PM Kisan Yojana, and some have voted for SP-RLD candidates due to their vehement opposition to three farm laws, which Modi government recently withdrew.
The voting begins at 6:00 am at 25,849 polling stations and 10,766 polling centres. As many as 623 candidates are in the fray on 58 assembly seats where polls were held today.

The BJP dropped 23 of its 58 candidates, 19 of them were MLAs. The BJP is said to have decided of fielding winning candidates based on an ‘internal survey’ to counter anti-incumbency against them. Besides, the BJP has fielded some turncoats, including three from the BSP.

The Samajwadi Party has contested 29 seats, followed by the RLD on 28 and the Nationalist Congress Party (NCP) on one seat.

The BSP has affected the most significant change, replacing 56 candidates. It retained only two candidates, Shyam Sundar Sharma, who won from the Mant seat and Rajkumar Rawat, who lost the Goverdhan seat to the BJP both in the Mathura district of Uttar Pradesh.

The Congress has fielded its candidates on all 58 seats, against 23 in 2017. It has retained just five candidates from the 2017 UP polls.