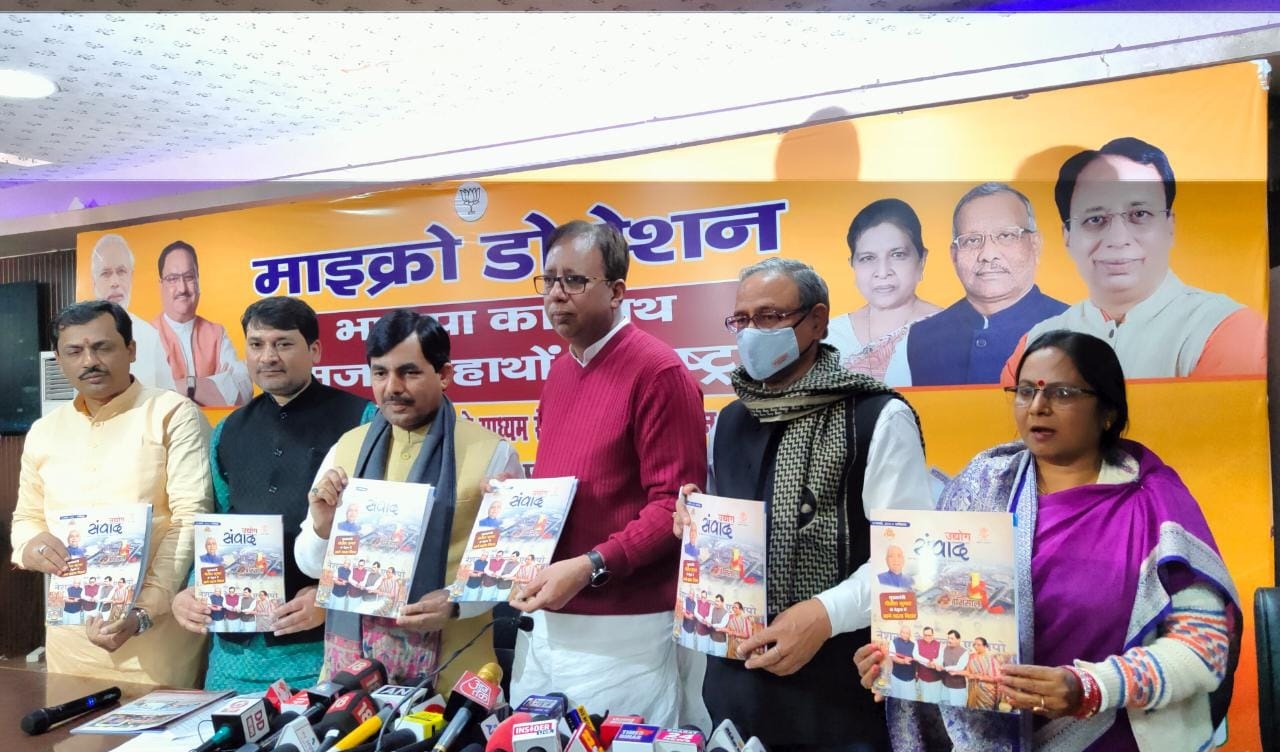 PATNA: The BJP in Bihar, which has been on a collision course with Chief Minister Nitish Kumar’s JD(U) for some time, on Friday asserted that the coalition government will complete its full five-year term.

State minister Syed Shahnawaz Hussain, a national spokesman of the party, made the averment here at a press conference he addressed jointly with Sanjay Jaiswal, the Bihar BJP president.

“The government will complete its five years in power without any ifs or buts ( bina kintu parantu ke’), said Hussain.

He also came out with a “report card” of his accomplishments as the industries minister, upon completion of a year of his tenure.

Hussain praised all ministers of his party in the state for doing a great job, but made it a point to add, “We have been receiving full cooperation from the government”.

Jaiswal, who had recently alleged that ministers like Hussain wanted to perform but got hamstrung for want of “cooperation from the entire cabinet”, in a remark construed as an attack on JD(U), nodded in agreement.

Relations between the two parties had soured in the recent past as people from both sides sparred over issues like caste census, special category status and denigration of Emperor Asoka by a Sahitya Akademi winning playwright, with alleged links to the BJP.

Earlier this week, BJP MP Chhedi Paswan said Nitish Kumar could join hands with “even Dawood Ibrahim” for the sake of power.

The JD(U) hit back angrily, reminding the BJP that “arrogance” of its leaders had cost it “old, dependable allies like the Shiv Sena in Maharashtra”.

As things seemed to be heading for a flashpoint, a gleeful opposition began predicting early fall of the government and mid-term polls.

Roots of the trouble lay in altered power equations since the 2020 assembly polls, which saw the JD(U), hitherto the senior partner, winning far fewer seats than the BJP.

It is being understood in political circles here that the BJP has given up its confrontational stance in the light of hints dropped by Prime Minister Narendra Modi in an interview earlier this week.

Modi had attacked dynastic control of politics and counted Nitish Kumar as among those who stood out for not giving in to the temptation of anointing family members as political successors.

At the press conference, an ebullient Hussain expressed his satisfaction over having “met all challenges that have come my way as a BJP worker”.

“I made my Lok Sabha debut, many years ago, from Kishanganj seat and won it for the party for the first time. Later, I was asked to contest from the communally sensitive Bhagalpur and succeeded there, too, said the leader, who is one of the few Muslims of prominence in the saffron party.

Drawing a cricket analogy, Hussain said he saw his ministerial innings as a “50-over match, of which the first few overs got washed out. This is a reference to COVID-19, which had wrought havoc during the first five months of my tenure. Still, I have tried to give a solid start”.