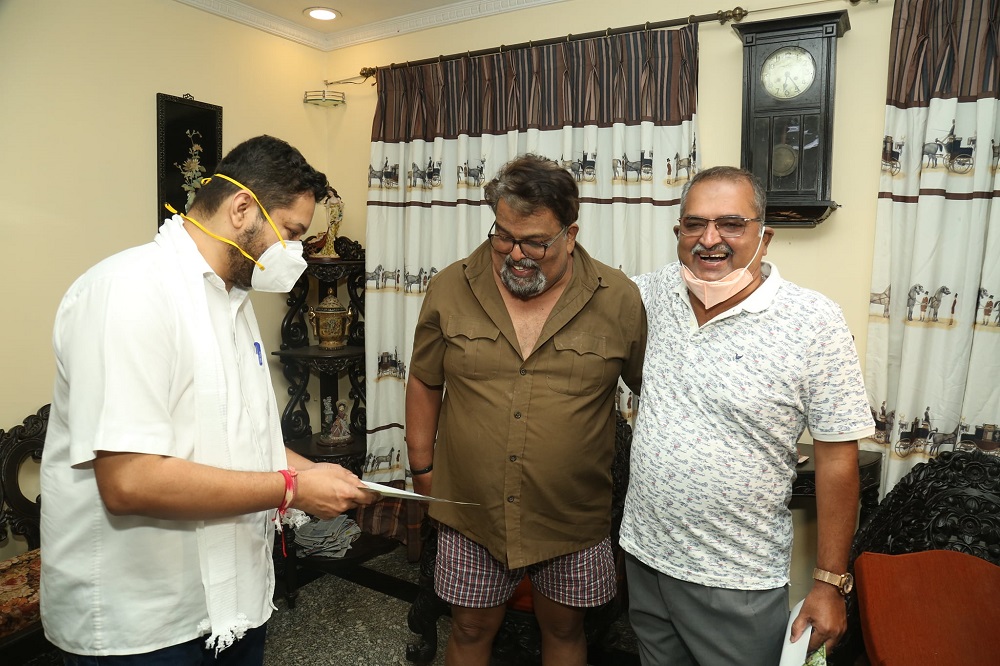 NEW DELHI: Asserting that there is a silent wave in his favour, Utpal Parrikar, elder son of late Goa chief minister Manohar Parrikar, who is contesting the February 14 Assembly election as an independent candidate from the Panaji seat, has said he was a favoured choice after his father’s death in 2019, but was denied poll ticket by the BJP due to local politics.

On the BJP offering him three seats other than Panaji for next week’s election, Parrikar (41), a businessman, said the fight was “never for options”.

After being denied ticket by the BJP, Parrikar is contesting against sitting BJP MLA Atanasio Monserrate, a local heavyweight.

Monserrate had defeated BJP candidate in the bypoll necessitated after the death of Manohar Parrikar in 2019, but in a coup, a bunch of Congress MLAs broke away from the party and joined the saffron fold months later.

Monserratte’s wife Jeniffer is an MLA from neighbouring Taleigao constituency, while their son is Mayor of Panaji.

“I was denied a ticket due to local politics in 2019 and I followed the party’s decision, but then a person was brought in from the Congress who had such heinous charges against him that I am ashamed even to talk about it,” Parrikar told PTI in an interview. He was referring to Atanasio Monserrate, who is an accused in a 2016 rape case.

“It was not possible to surrender this constituency which was nurtured (by my father) with so much hard work. How could I have sat back calmly? So with the support from the people and workers, I had to enter the fray,” he added.

With odds stacked against him, Parrikar said, “There is a silent wave in my favour”, as he scampered from building to another in Altinho, a plush suburb in Panaji, housing government colonies, residences of chief ministers and top bureaucrats.

When asked about the three options offered by the BJP instead of Panaji, Parrikar said, “The fight was never for options. I had said give a good candidate and I will leave (the contest).”

He said the party had given an option to contest either from Margao, Calangute or Bicholim seat.

When asked whether he wanted to contest the 2019 bypoll after his father’s death, he said his name was there in the list and that he also had popular support.

Panaji was never a BJP stronghold until Manohar Parrikar arrived on the scene. In the 1989 assembly polls, the BJP bagged a mere two per cent votes in the seat.

But Manohar Parrikar wrested it in 1994. Since then the seat became synonymous with him. Parrikar later went on to become the first BJP chief minister of the coastal state. He vacated the seat after he was invited by Prime minister Narendra Modi to join his cabinet in 2014 as a defence minister, but returned to the state after a fractured mandate that demanded him to be at the helm of affairs in 2017. His tenure as the chief minister was short as he succumbed to cancer in 2019.

When Parrikar went to Delhi, Sidharth Kuncalienker was given the seat, which he won in 2017. However, he lost the seat in 2019 to Atanasio Monserrate.

When asked about his stand in the event of his victory and if the BJP needs his support, Utpal Parrikar said, “If I have contested as an independent, then I will remain independent. There are no two ways to do it and I am very firm about it.”

Now in fray, Parrikar says, Panaji finds itself “languishing and risks moving towards a dystopian city”.
When asked what went wrong since 2019 after his rival Atanasio Monserrate became the MLA of the state’s capital, Parrikar said no development work has happened in the last two years. Whatever projects that are there were planned earlier.

“The MLA did not plan anything new. He is active only during the polls. Local body is like a family affair. Be it taxation, licensing in the civic body. They are least bothered about people. It’s only about self-interest,” he said.

Parrikar added that Panaji has now become a family affair for the Monserrates – as Atanasio Monserrate and his wife are legislators, while their son is a mayor.

“Have you ever seen anything like that in the BJP here before?” Parrikar asked.

He said there is little trust among people on the state’s examination process. He said 95 per cent of the jobs go to the people of the constituency which is represented by the minister concerned.

Panaji loses out on this, he claimed.

“Panaji should have got its free share of jobs. I will raise my voice for making the recruitment examination process fair. My trust would also make Panaji more investor-friendly, so even private sector jobs can be generated here,” Parrikar said.

Polling for the 40-member Goa legislative assembly will be held on Monday and votes will be counted on March 10.