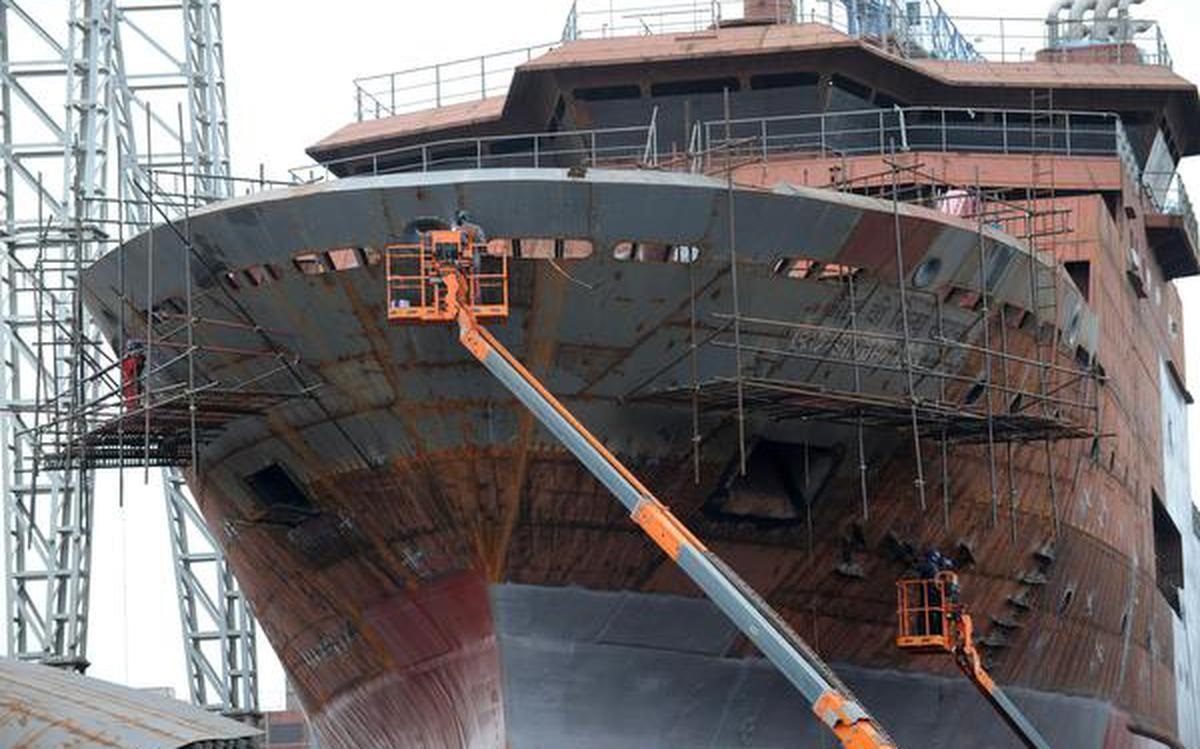 NEW DELHI: The Congress on Sunday targeted the Modi government over the Rs 22,842-crore bank loan fraud case of Gujarat-based ABG Shipyard, alleging complicity of those sitting in the highest echelons of power, but the BJP hit back saying the loans were given to the accused company during the UPA rule.

On February 7, the Central Bureau of Investigation (CBI) booked ABG Shipyard Limited, its former chairman and managing director Rishi Kamlesh Agarwal and others for allegedly cheating a consortium of lenders led by the ICICI Bank in the biggest such bank fraud.

The opposition party questioned why the government “took five years” after the liquidation proceedings of ABG Shipyard to lodge an FIR in connection with the alleged duping of 28 banks.

The government-owned State Bank of India, which is the complainant and one of the affected banks, however, issued a statement denying any delay, saying it has been diligently following the case with the CBI after the forensic audit report.

He said Agarwal is among the “new gems” in the list.

“Complicity, collusion and connivance of those sitting in the highest echelons of power in the Modi government is writ large in India’s biggest bank fraud involving ABG Shipyard and its promoters,” Surjewala alleged at a press conference here.

Congress leader Rahul Gandhi also alleged that bank frauds to the tune of Rs 5.35 lakh crore have taken place during the BJP government and that these are good days only for Prime Minister Narendra Modi’s “friends”.

Countering the allegations, BJP spokesperson and Rajya Sabha member Syed Zafar Islam said that for the Congress to attack the government over the case is like a thief blaming the police for the crime.

He said all these loans were given before 2014 and had turned non-performing assets (NPA) under the Congress-led UPA dispensation whose functionaries, the BJP leader alleged, were “hand in glove” with the promoters of the company.

Due process was followed all these years and the BJP government has identified the fraud, he said. “That is why we have taken this action,” he said, referring to the CBI case in the matter.

“The Congress is brazening it out. Its government ran the ‘phone banking’ scam with its senior functionaries forcing banks to sanction loans after accepting commissions from these promoters.

“They are fully responsible for the fraud as they were hand in glove with all promoters. Our government has detected these frauds,” the BJP leader said.

Banks have been giving loans on the basis of the strength of companies, unlike in the past when they sanctioned loans at the behest of their political masters, he said.

Surjewala said that the process of liquidation of ABG Shipyard was started on August 1, 2017 by the National Company Law Tribunal (NCLT), the Congress had warned about the alleged scam on February 15, 2018 and the SBI had filed a complaint against the company and its promoters on November 8, 2019 and again on August 20, 2020.

“Why did it take five years after the liquidation proceedings of ABG Shipyard to lodge even an FIR for duping 28 banks of Rs 22,842 crore?” Surjewala asked.

“Why did the Modi government refuse to take note of the allegations made on February 15, 2018 by the Congress, warning of a scam in ABG Shipyard, and why no FIR was lodged and criminal action taken despite their accounts having been declared fraud on June 19, 2019?” he asked.

In its statement, the SBI said a fraud is declared on the basis of the forensic audit report findings that are discussed thoroughly in joint lenders meetings and when a fraud is declared, an initial complaint is preferred with the CBI and based on its enquiries, further information is gathered.

“In a few cases, when substantial additional information is gathered, a second complaint incorporating full and complete details is filed, which forms the basis for the FIR. At no point in time, there was any effort to delay the process. The lenders’ forum diligently follows through with CBI in all such cases,” it said.

Although the ICICI Bank was the lead lender in the consortium and IDBI was the second lead, it was preferred that being the largest public sector bank, SBI lodges the complaint with CBI, it said.

Several efforts were made to revive the company operations, it said, adding that the account was restructured under the CDR mechanism in March 2014 by all lenders but it could not be recused.

“Over the last seven-and-a-half years of the Modi government, incidents of bank fraud involving a total amount of Rs 5.35 lakh crore have been reported. During this period, the write-offs by the banks in India are Rs 8.17 lakh crore.

“Bank NPAs amounted to Rs 21 lakh crore between 2014 and 2021. That is the state of gross mismanagement of people’s money which is lying in the banking system,” the Congress leader alleged, adding, “India woke up to the rude shock of the biggest ever bank fraud in the last 75 years involving Rs 22,842 crore.”

The BJP spokesperson asserted the government has been very clear that there will be no interference in the process of banks sanctioning loans.

The BJP government inherited the problem, recapitalised the banks and focussed on recoveries. Banks are now in a better position and have been making profits, he said.

The government also came up with a law for speedier recovery of money from defaulter companies, he said, adding that this has helped in the recovery of over Rs 5 lakh crore.

Surjewala said that ABG Shipyard was allotted 1.21 lakh square metres of land in 2007 by the Bharatiya Janata Party government in Gujarat.

“The Comptroller and Auditor General had indicted the then Gujarat government for undue favours to ABG Shipyard and Rishi Agarwal over allotting land at Rs 700 per square metre, while the price of the land was 100 percent higher, that is Rs 1,400 per square metre,” he claimed.