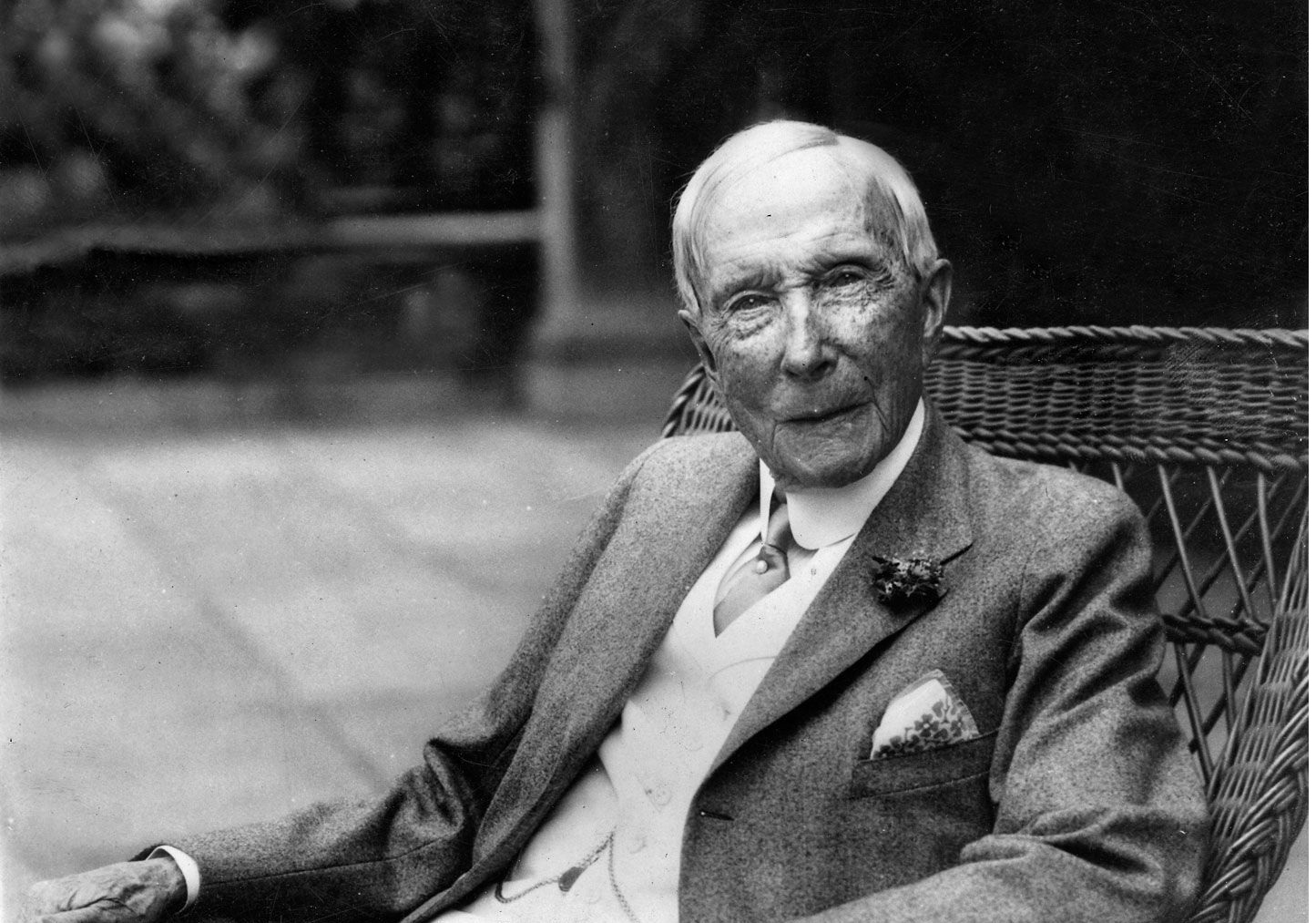 Nothing has any permanent value in the world except your good works. Gulzarilal Nanda was twice interim prime minister of the country and lived in a rented house after retiring from politics. President Rajendra Prasad refused the favour of PM and went to Sadaqat Ashram to spend his last days.Some of the presidents of US and PMs of UK spent the life of commoners after their retirement from politics. We have now become a strange country where politicians don’t willingly retire !

It is unfortunate that the now Honourable President of India will not stay this time as per the normal protocol in Raj Bhawan during his coming visit to Puri. He is coming this time on public expenditure for a religious programme organised by Goudiya Mission which is a private organisation funded in a massive way from foreign countries.

It may be recalled that Pandit Jawaharlal Nehru and Dr Rajendra Prasad had differences of opinion in a similar issue. Is this a sign of Rashtravad ??

JOHN D. ROCKEFELLER was the first billionaire in the world.By age of 25 he controlled one of the largest oil refineries in the US. By 31 he had become the world’s largest oil refiner. By 38 he commanded 90% of the oil refined in the U.S. By 50, he was the richest man in the country.

When he died, he had become the richest man in the world.But, he being an atheist refused to fund missionary works whereas he gave scholarships to meritorious students. As a young man, every decision, attitude, and relationship was tailored to create his personal power and wealth. But at the age of 53 he became ill. His entire body became racked with pain and he lost all of his hair. In complete agony, the world’s only billionaire could buy anything he wanted, but he could only digest soup and crackers. An associate wrote, “He could not sleep, would not smile and nothing in life meant anything to him.” His personal, highly skilled physicians predicted he would die within a year. That year passed agonizingly slowly.

As he approached death he awoke one morning with the vague realisation of not being able to take any of his wealth with him into the next world. The man who could control the business world suddenly realized he was not in control of his own life. He was left with a choice. He called his attorneys, accountants, and managers and announced that he wanted to channel his assets to hospitals, research, and charity work.
John D. Rockefeller established a Foundation.

This new direction eventually led to the discovery of penicillin, cures for malaria, tuberculosis and diphtheria. But perhaps the most amazing part of Rockefeller’s story is that the moment he began to give back a portion of all that he had earned, his body’s chemistry was altered so significantly that he got better. It looked as if he would die at 53 but he lived to be 98. Rockefeller learned gratitude and gave back the vast majority of his wealth. Doing so made him whole. It is one thing to be healed. It is another to be made whole. He began to attend the Cathedral and cleaned the building till his death.

Before his death, he wrote this in his dairy:

“I was taught to work as well as play,
My life has been one long, happy holiday;
Full of work and full of play
I dropped the worry on the way
And GOD was good to me everyday!”

Now, Rahul Bajaj, the man behind the mission ‘ Every poor has a scooter’ has passed away. He did a business without any political patronage and donated Crores without publicising.

Our state sponsored billionaires like Ambani and Adani should learn from the life and works of Rockefeller. We suffer because we have  developed a habit of patient hearing ,especially when  it comes from a diagnosis and is addressed in an impressive voice . Then we forget to  think about anything else and instead receive the materials and make them our mental assets .We are now a country of crippled minds ! Now,China overtakes the US as the world’s richest nation. China’s wealth jumped to $20 trillion in 2021 from just $7 trillion in 2000. But India is struggling to reach the $5-trillion mark.

But is there anything for the common man to be excited about? World wide this wealth is cornered by a few powerful and rich people. The whole world is now in the clutches of capitalists, the common man has become a glorified slave only! Nothing to cheer about.

On the contrary, our government has earned revenue by terrorising people through advertisements and imposing taxes. There is no difference between exploitation by rulers in the medieval period and this government. Common people are pushed to the bottom by the rising market prices.One day these hungry people may drive out the government or else, prefer to do any crime ! Bubhookhiton kim na karoti papam as Panchatantra says.

I am proud to be a Media Educator. Let’s save the media from the government and corporations ! If you are unfit for the larger world and remain limited, you have more possibilities. People in state services get more benefits while on the job and lucrative assignments post retirement. A national one is not required in Odisha if you can manage the so-called efficient , in reality corrupt politicians around. Inefficiency is treated as the most brilliant efficiency where bureaucrats and politicians are Gods !

As reported by people’s journalist Sudhir Pattnayak, ‘A team led by senior journalist Rabi Das, Prafula Samantara and Deba Prasad Ray has been prevented by Jindal goons from entering Dhinkia. Locals say this incident has been organised with the support of SP, Jagatsinghpur.

At the same time, they did also  oppose another team led by Prof Vikas Vajpayee of JNU. But they were allowed later to enter up to Jindal’s place and were warned not to meet protesting villagers.

These goons riding motor bikes gifted by Jindal are following them now. Professors from Delhi now get a taste of corporate driven bureaucracy in Odisha.

Do we have democracy ?