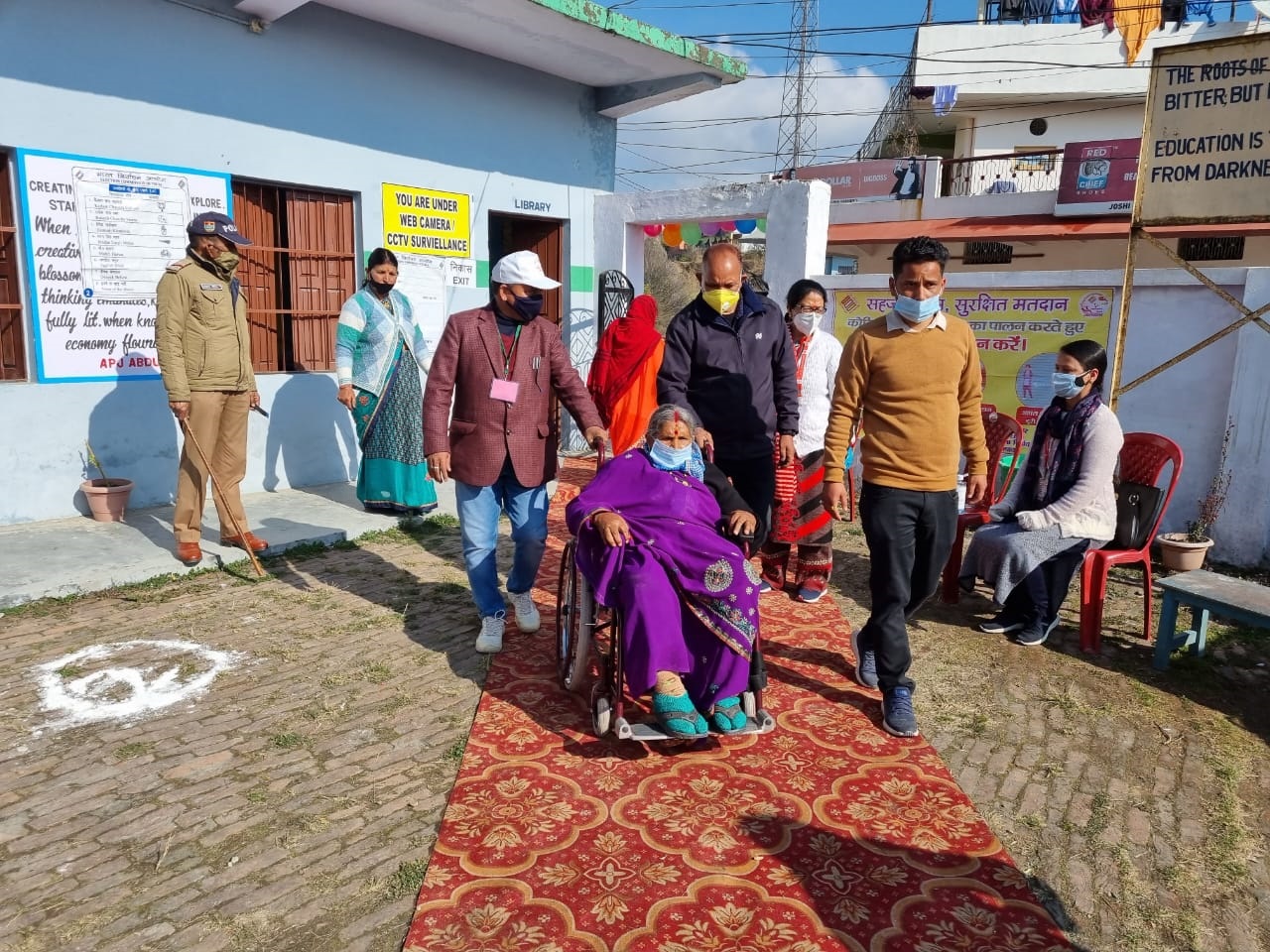 DEHRADUN: Voter turnout in Uttarakhand which went to polls on Monday was 65.37 per cent, the Election Commission said.

The final voter turnout figures in the state were released by the EC on Wednesday after addition of data from the polling parties deployed in remote areas of the hill state.

Polling percentage in the 2017 assembly polls in Uttarakhand was 65.56 per cent.

According to the final figures, Haridwar and Udham Singh Nagar districts in Uttarakhand plains recorded the highest polling percentages of 74.77 per cent and 72.27 per cent.

Results of the 70 assembly seats in Uttarakhand will be declared on March 10.