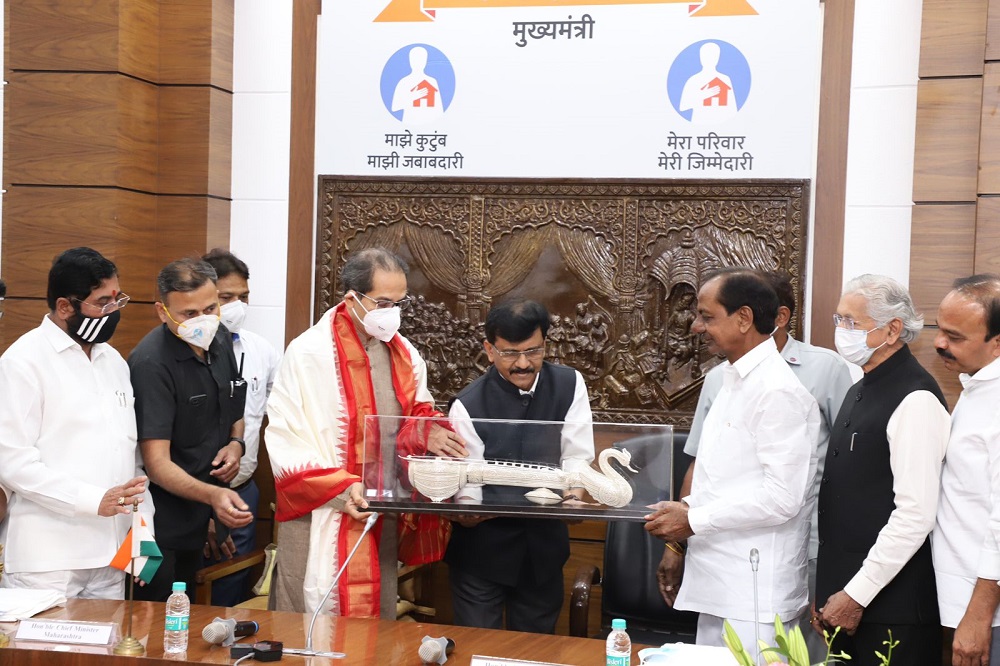 MUMBAI: Telangana Chief Minister K Chandrasekhar Rao on Sunday met his Maharashtra counterpart Uddhav Thackeray here as part of efforts to bring together various like-minded parties against the BJP at the national level.

Following an invitation from Thackeray, Rao arrived at ‘Varsha’, the official residence of Maharashtra CM.

Thackeray, who is also president of the Shiv Sena, recently spoke to Rao over phone and invited him to Mumbai.

Shiv Sena mouthpiece ‘Saamana’ on Sunday said the meeting will expedite the process of political unity at the national level against the BJP.

Later in the day, Rao is also scheduled to meet NCP president Sharad Pawar, whose party shares power with the Shiv Sena and Congress in Maharashtra.

Thackeray had earlier announced “complete support” to Rao’s fight against the BJP’s alleged anti-people policies and to uphold the federal spirit.

The Telangana CM, who has been critical of the BJP and the Centre on a number of issues, had said he will hold meetings with his Maharashtra and West Bengal counterparts as part of efforts to unite various political parties against the BJP and the NDA government.