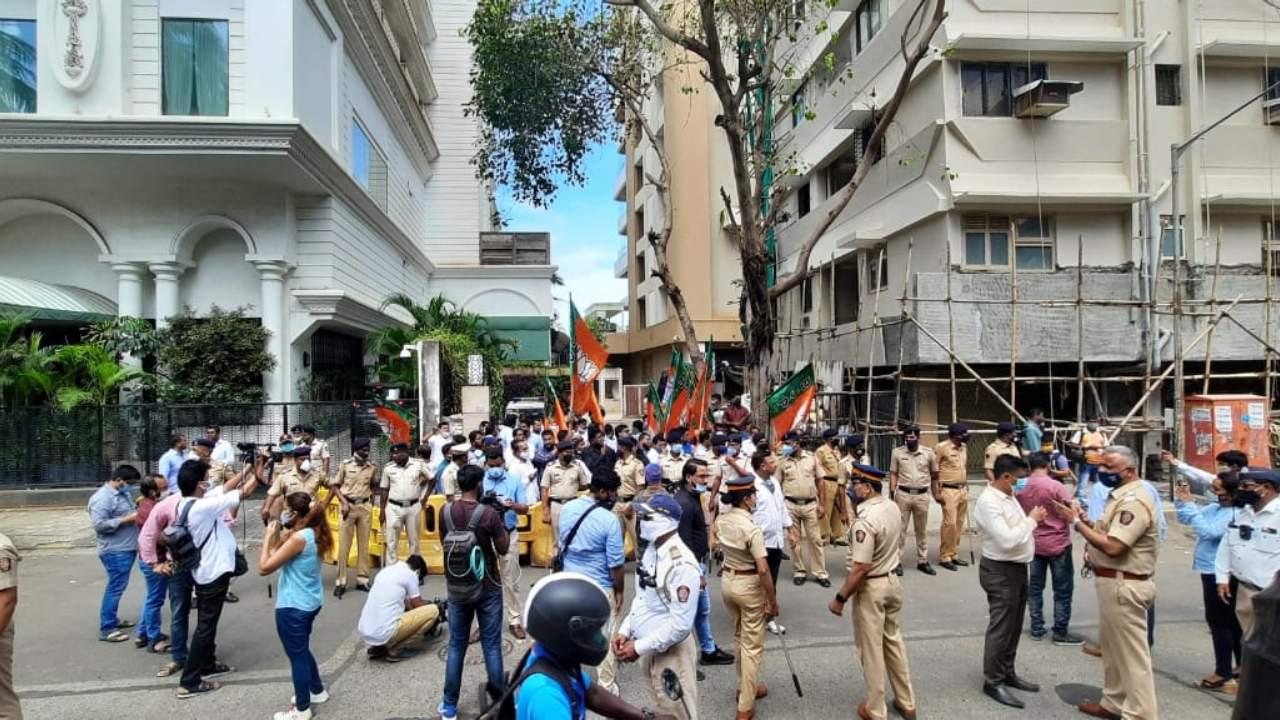 Police security at the ‘Adish’ bungalow was beefed up during the time of inspection, which was conducted for over two hours in the presence of Rane, they said.

Officials of the Brihanmumbai Municipal Corporation (BMC) along with some police personnel reached the premises around 11 am.

They also took some photographs and measurements, examined various documents and held a discussion on it with Rane, the sources said.

Before entering the bungalow, which falls under the K-west civic ward in western suburbs, the BMC team went to the Santacruz police station to get some security personnel along with them, they said.

The K-west ward’s assistant municipal commissioner did not respond to calls or text messages for queries about the inspection.

Earlier, a BMC team had visited the spot on Friday evening, but returned without any action as no one from the Rane family was present at the bungalow.

Amid the ongoing war of words between the Shiv Sena and BJP, the BMC had last week issued a notice to the bungalow’s owner for conducting an inspection and taking measurements of the premises.

The notice issued by the Sena-controlled BMC did not bear the owner’s name.

The civic body had issued the notice on the basis of a complaint filed by an activist about alleged violations of the Coastal Regulatory Zone (CRZ) norms and other rules during the construction of the the bungalow.

The notice had said the civic team will visit to inspect the said premises and to take measurements and photographs of the same, and also asked the owner to be present along with the last approved plan or authentic documents of the structure.

Leaders of the Shiv Sena and the BJP have been sparring since some time and trading charges against each other.