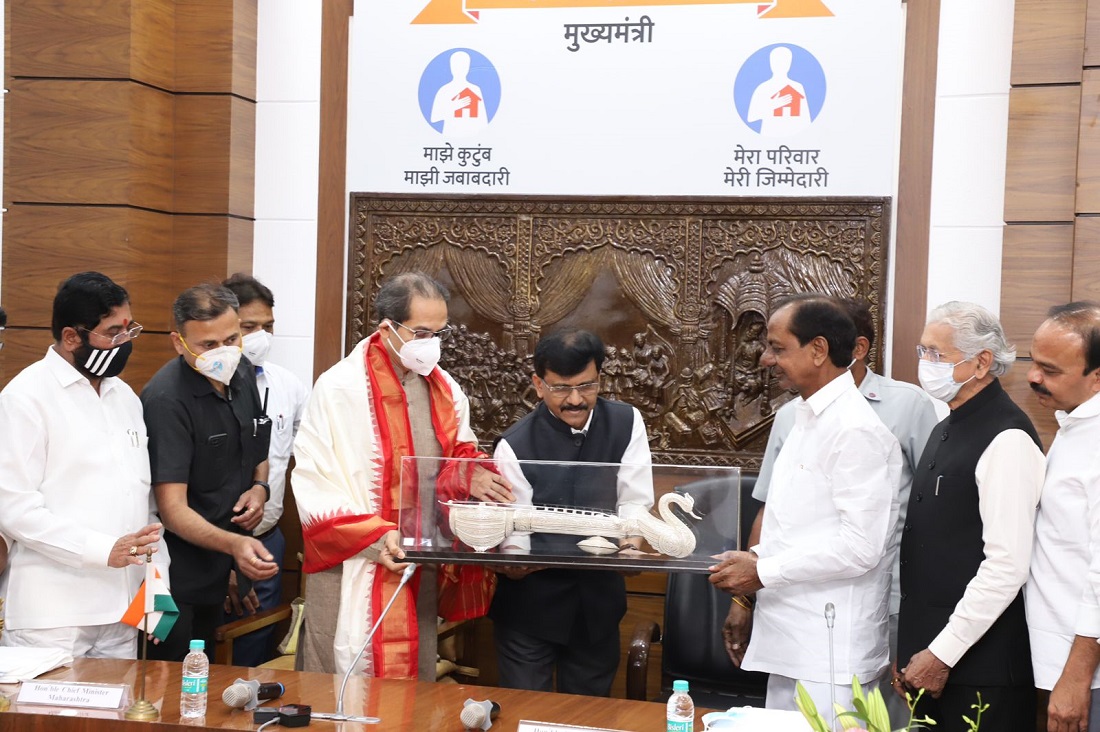 NAGPUR: Shiv Sena MP Sanjay Raut on Monday said Telangana Chief Minister K Chandrasekhar Rao has the “ability to lead taking all together”, a day after Rao met Maharashtra CM Uddhav Thackeray and NCP president Sharad Pawar in a bid to bring together like-minded parties against the BJP at the national level.

Talking to reporters in Nagpur, Raut also claimed that the BJP will get defeated in the Uttar Pradesh Assembly polls which are currently underway.

After meeting Thackeray in Mumbai on Sunday, Rao said he and the Maharashtra CM agreed that change is the need of the hour.

Lavishing praise on the Telangana chief minister, Raut said, “K Chandrasekhar Rao is a very hard working leader. He faced a lot of struggles in his political life. He has the ability to lead taking all together.”

During their meeting on Sunday, Rao, who heads the Telangana Rashtra Samiti and Shiv Sena president Thackeray discussed about development and the country’s political situation, he said.

The two CMs and other political leaders will soon meet again, the Shiv Sena’s spokesperson said.

Asked about the BJP targeting its political opponents amid the ongoing UP elections, Raut said, “It is their habit. They make such statements when they are losing. The BJP is losing in Uttar Pradesh.”

To a query on some remarks made by Maharashtra BJP chief Chandrakant Patil as well as his claim that Raut was trying to weaken the Shiv Sena, the Rajya Sabha member said, “He need not give us an advice, he should manage his own party which is going down everyday.