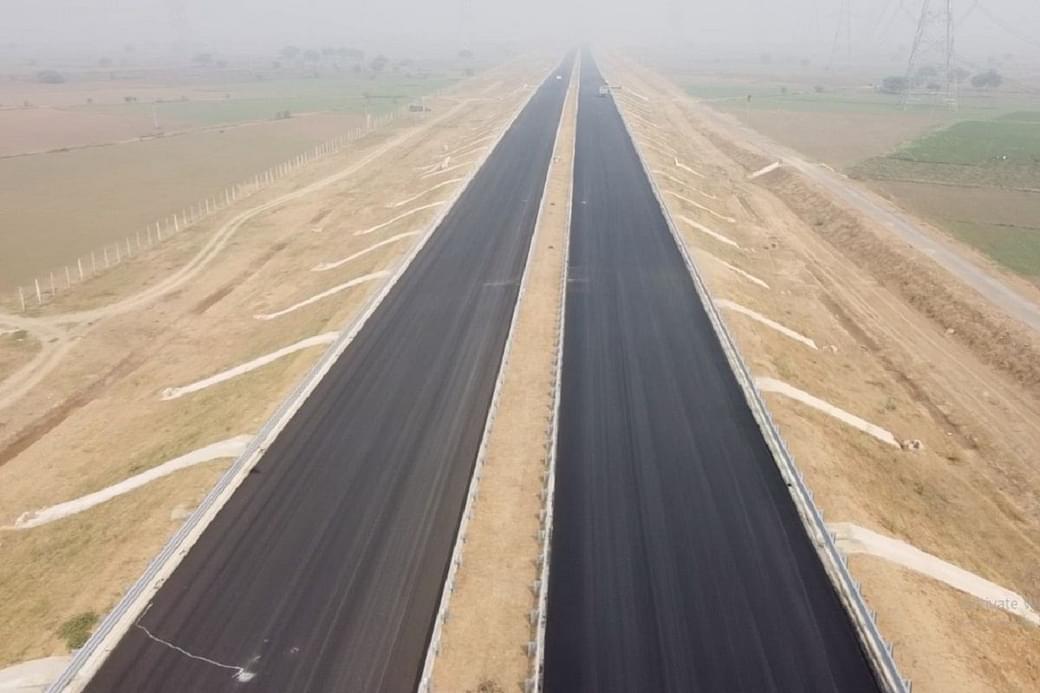 NEW DELHI: In parched Bundelkhand region, the BJP is banking on mega projects like the Ken-Betwa river linking plan and the Defence Industrial Corridor to see it home in the assembly elections.

The rivals are counting on smart choices of candidates to turn the caste equation against the ruling party.

All six assembly constituencies under the Banda Lok Sabha seat — four in Banda and two in adjacent Chitrakoot are currently held by the BJP. The saffron party had swept all 19 assembly segments in Bundelkhand region in the 2017 Uttar Pradesh Assembly polls.

The Samajwadi Party has fielded Manjula Singh, widow of former Congress MLA Vivek Singh for the same seat. The party hopes to cash in on the popularity enjoyed by the late Thakur leader.

The Bahujan Samaj Party has nominated Dheeraj Rajput from the Lodhi community. The party believes that in addition to its Dalit vote, their candidate will bring in the Brahmin and the Lodhi votes as well.

With BJP stalwarts Kalyan Singh and Uma Bharti not on the scene this time, the BSP candidate hopes to wean away the Lodhi voters to his side.

The Opposition parties have tried to tweak the caste equation in the remaining three constituencies too in Banda, picking their candidates carefully.

BJP MLA Brajesh Prajapati has switched over to the SP along with rebels led by Swami Prasad Maurya, a move which may attract Other Backward Class (OBC) votes to Akhilesh Yadav’s party.

While Jatavs, who constitute a bulk of the Dalits, appear to be standing behind BSP’s Mayawati, the non-Jatav voters seem to be leaning towards the SP in this constituency. The BJP is projecting the development work in Bundelkhand region as the ace up its sleeve that will pull the region out of backwardness.

The Centre recently constituted the Ken-Betwa Link Project Authority to implement the first initiative under the national river interlinking policy. The Ken-Betwa link is expected to bring 11 lakh hectares of land under irrigation in Bundelkhand region, straddling Uttar Pradesh and Madhya Pradesh.

The “Har Ghar Nal” (tap water for every home) scheme is another effort to deal with the water shortage in the region.

Land acquisition for the Defence corridor in Chitrakoot, construction of the Bundelkhand Expressway, an airport at Chitrakoot and development of Chitrakoot Dham under the religious tourism project are the other initiatives by the double-engine government. The party says they will perk up the region’s economy.

Sanjay Singh, BJP’s Banda district working president, claims that people here are charmed with the “Modi-Yogi” pair of the prime minister and the chief minister, thanks to the big-ticket projects.

But SP’s Banda unit president Vijay Karan Yadav says the welfare schemes and the development projects started by the Akhilesh Yadav government in 2012-17 continue to enthuse people. His BSP counterpart Gulab Verma looks back at Mayawati’s term from 2007 to 2012.

The opposition also raises the issue of stray cattle eating away crops, a problem flagged by many people.

In Mau Manikpur, the SP has fielded Vir Singh, the son of a dacoit, Shiv Kumar Patel alias “Dadua”, who operated in Chitrakoot’s Patha region, known as “mini Chambal”.

Dadua whose diktat is said to have swung elections in the region once was killed in a police encounter during Mayawati government’s term.

Vir Singh avoids talking about his father, telling PTI that he is in the field to carry forward the development work undertaken by the previous SP government. Singh says his father had his own way of living, and he kept away from that life.