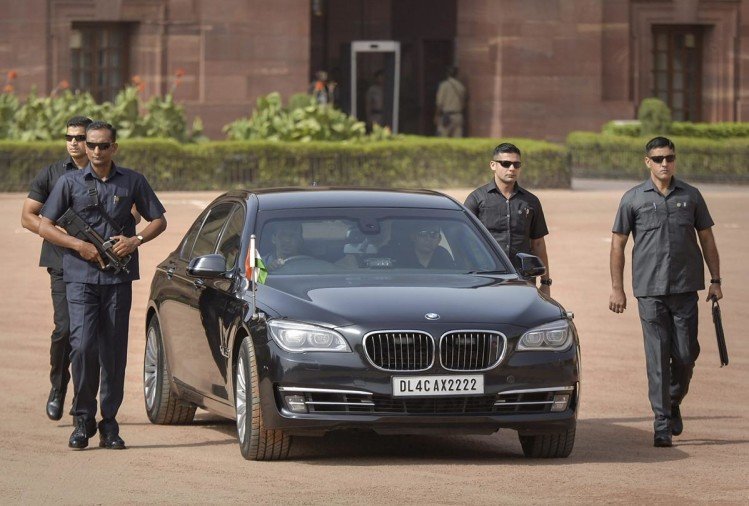 NEW DELHI: Dera Sacha Sauda chief Gurmeet Ram Rahim Singh has been given Z-plus security cover during his 21-day release on furlough from a Haryana jail where he has been serving a sentence, officials said on Tuesday

Singh was given the high-category security cover after his release on February 7 due to a high-level threat to his life from “pro-Khalistan” elements, they said.

“In case the prisoner is released on parole, Z-plus security protection or equivalent may be provided as per existing rules, regulations etc as he faces a high-level threat from radical Sikh extremists in India and abroad, a recent communication from a senior Haryana police official to the Rohtak Range Commissioner said.

There are reliable inputs, regarding the threat to Gurmeet Ram Rahim Singh from pro-Khalistan activists,” the official communication added.

The Dera Sacha Sauda sect chief was released on February 7 after the Haryana government concluded that he does not fall in the category of hardcore prisoners.

He is currently in his Gurugram ashram and has been kept under heavy security.

The legal opinion on whether Singh would fall in the category of hardcore prisoners was earlier sought at the insistence of jail authorities before he was granted furlough.

The 21-day furlough had come just days ahead of the assembly polls in Punjab, where the sect has a large number of followers, particularly in Bathinda, Sangrur, Patiala and Muktsar.

On February 7, Haryana Chief Minister Manohar Lal Khattar had rejected any link between the sect leader’s release from Sunaria jail in Rohtak district and the Punjab elections on February 20.

I think it is a coincidence and has no connection with the polls, he had said.

The sect chief is serving a 20-year jail term for raping two women disciples at his ashram in Sirsa, where the dera is headquartered. He was convicted by a special CBI court in Panchkula in August 2017.

He was last year also convicted along with four others for hatching a conspiracy to kill Ranjit Singh, a Dera manager, in 2002.

In 2019, the Dera chief and three others were also convicted for the murder of a journalist over 16 years ago.

He had been held guilty for hatching a criminal conspiracy with his co-accused for these killings. He had been convicted under section 120-B read with section 302 of IPC.