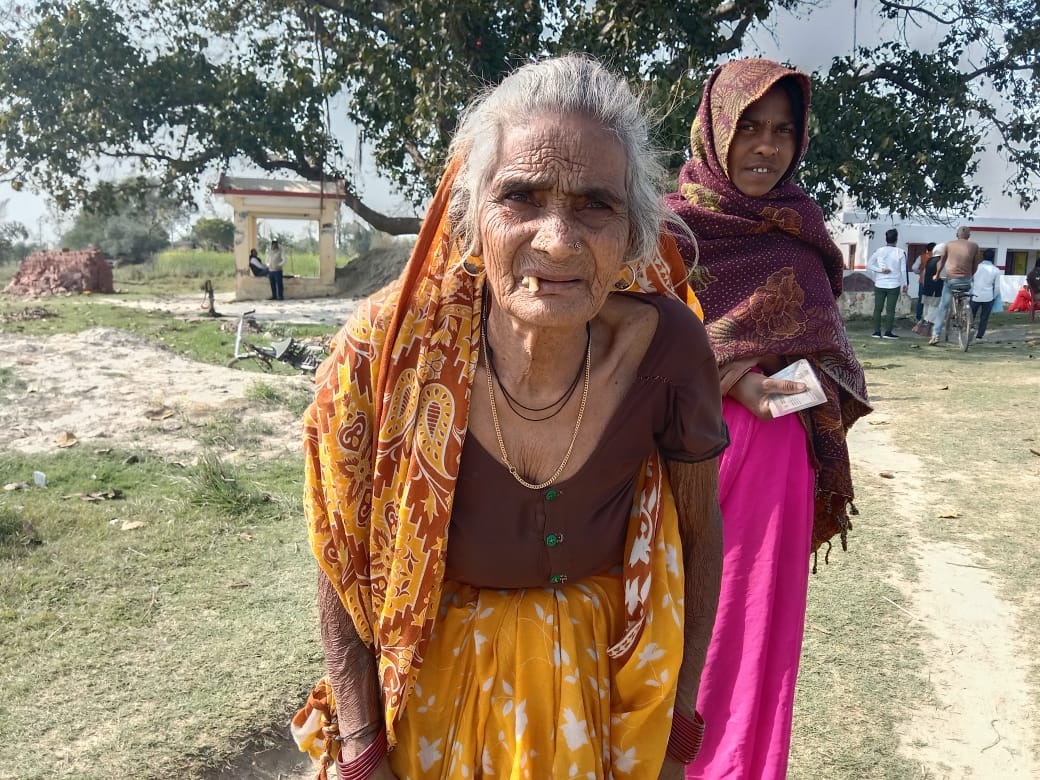 NEW DELHI: Around 55 per cent polling was recorded on Sunday in the fifth phase of the Uttar Pradesh Assembly polls for 61 seats spread across 12 districts.

According to the Election Commission of India’s voter turnout app, the polling percentage was 54.98. Voting ended at 6 pm.

The night before voting began in Gonda, Samajwadi Party candidate from the Colonelganj Assembly seat along with his brothers and supporters were booked for allegedly raping a woman and beating her up.

The candidate, Yogesh Pratap Singh, and others were booked on Saturday night after they allegedly barged into the residence of the woman and assaulted her and her family for “supporting the BJP”.

Around 2.24 crore people were eligible to vote in the fifth phase in which 692 candidates are in the fray.

In Prayagraj’s Allapur, 78-year-old Bhuri Pathak, suffering from hip fracture, went to the polling station in an ambulance to exercise her franchise. Her son claimed that she never missed voting in an election.

With the completion of the fifth phase of polling, Uttar Pradesh has now voted for 292 of the total 403 seats. The last two phases will be held on March 3 and 7. Results will be declared on March 10.

The prominent candidates in this phase included Deputy Chief Minister Keshav Prasad Maurya contesting from Sirathu in the Kaushambi district. He is pitted against Apna Dal (Kamerawadi) candidate Pallavi Patel.

Raghuraj Pratap Singh, alias Raja Bhaiya, who is the MLA from Kunda since 1993, is once again in the fray as a Jansatta Dal candidate, with his former aide Gulshan Yadav contesting against him on a Samajwadi Party ticket.

The Apna Dal (K) has allied with the Samajwadi Party.

Union minister Patel, heading a rival faction of the party named after her father Sonelal Patel, however, has handed over the seat to the BJP to challenge her mother Krishna Patel.

In this article:BJP, BSP, Congress, SP, UP Assembly elections