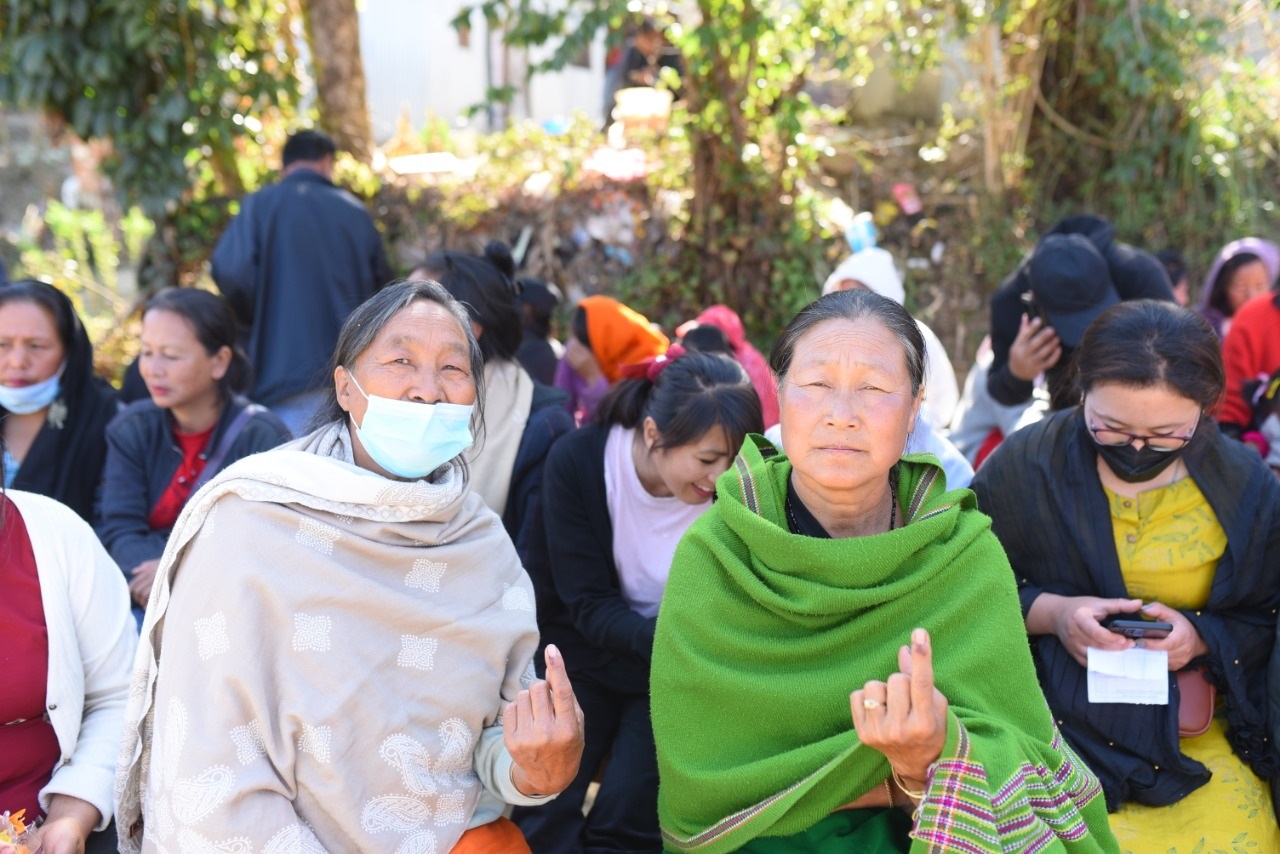 NEW DELHI: The turn out in the second and the final phase of Manipur Assembly poll on Saturday was recorded at 84.20 per ccent (PC) amid stray incidents of violence in some places before and after the beginning of voting, election department officials said. Voting was held for 22 assembly constituencies spread over 10 districts in this phase and amid tight security and strict adherence to COVID-19 protocol yesterday.

These districts are Thoubal, Kakching, Tamenglong, Noney, Jiribam, Chandel, Tengnoupal, Ukhrul, Kamjong and Senapati. Ninety-two candidates including two women are in the fray in this phase. BJP had fielded 22 candidates, while Congress contested 18 seats. NPP and NPF had fielded ten candidates each.

The state had recorded 89 percent voter turnout in the first phase of assembly elections which was held on February 28. Counting of votes will be taken up on 10th of March.

Senapati district, where polling was held in three assembly constituencies registered the highest turn out of 86.55 per cent followed by Thoubal district at 78 per cent. Thoubal has 10 constituencies, the officials said.

Polling was marred by violence in some places, as security forces deployed at Ngamju polling station in Karong assembly constituency in Senapati district allegedly shot at two people, the police said.

The election agent of a BJP candidate in a complaint filed with the returning officer demanded a magisterial inquiry into the incident and polling has been halted at the Ngamju polling station, the election official said.

Violence was reported from some places of the north east state hours before the second phase of polling commenced as a BJP supporter was gunned down allegedly by a Congress worker and a crude bomb exploded outside the residence of an expelled saffron party leader, police said.

A 25-year-old succumbed to bullet injuries early on Saturday at a hospital here, a police officer said.

Nobody was injured in the blast triggered by two masked persons, who came in a two-wheeler, they said.

Saturday’s polling decided the electoral fate of 92 candidates, including 12 from the BJP, 18 from Congress, 11 National People’s Party and ten each of the Janata Dal (United) and Naga People’s Front.