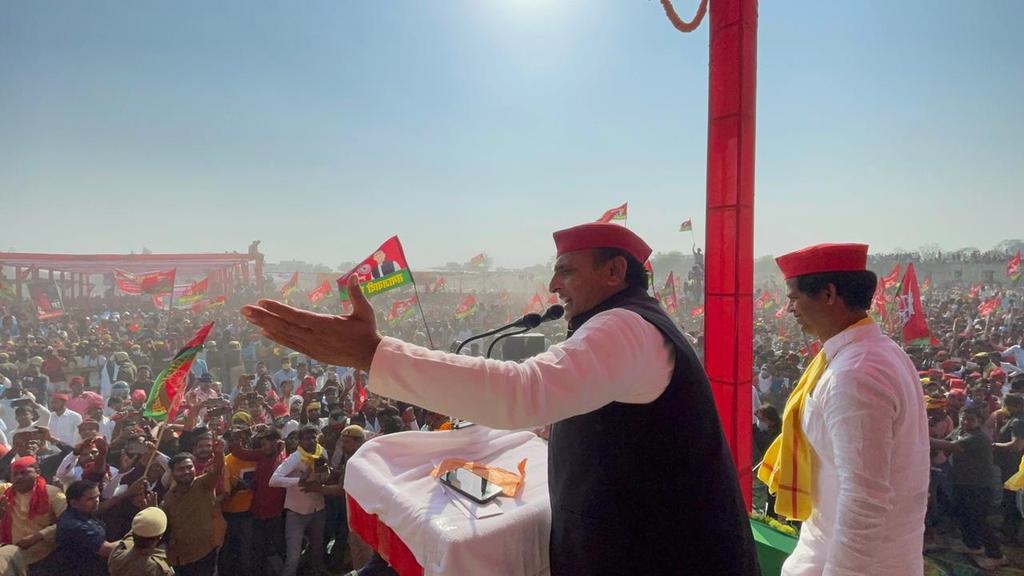 NEW DELHI: Samajwadi Party (SP) chief Akhilesh Yadav on Sunday said the alliance led by his party will emerge victorious in the Uttar Pradesh Assembly polls and will work to safeguard the rights and honour of the people of the state.

In a statement issued here, he urged people to vote in large numbers in the seventh and final phase of the election on Monday to save democracy and the Constitution.

In the seventh phase of the election, voting will be held on 54 Assembly seats spread over nine districts.

Yadav claimed that in the first six phases of the election, the voters have already given the stamp of victory to the SP.

He said injustice was meted out to the people of the state over the last five years and it was the SP that stood firmly by them.

“The values of the freedom struggle are imbibed in the foundation of the Samajwadi Party. The SP is committed towards the Constitution and a democratic set-up, and for the establishment of an egalitarian society,” the former Uttar Pradesh chief minister said.