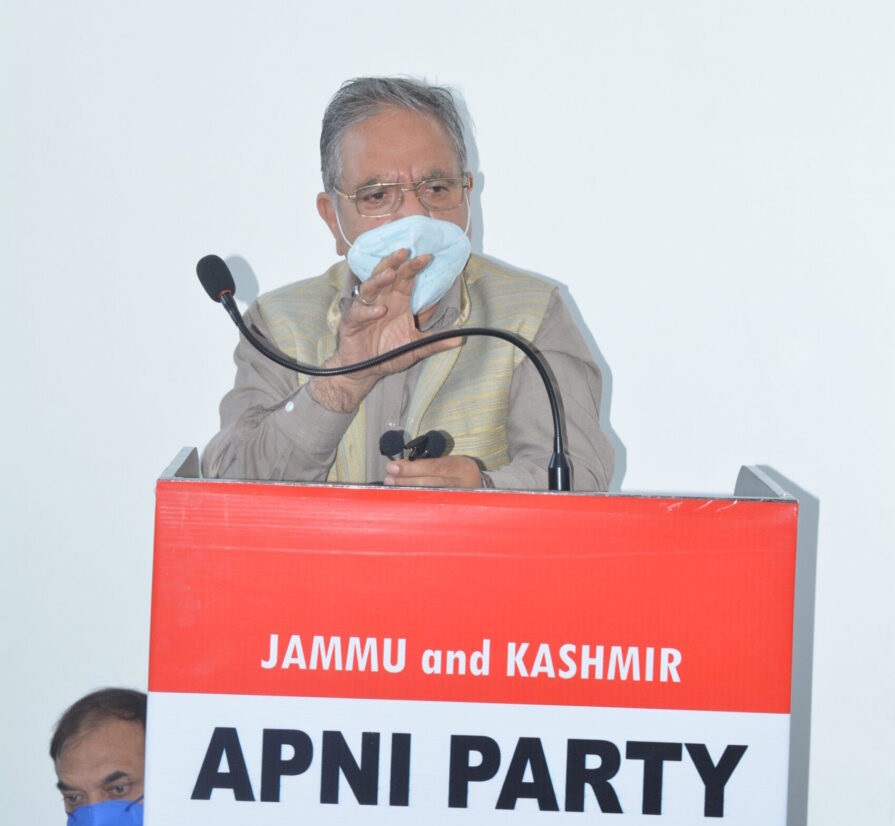 Mir, a former minister, was speaking to reporters here on the second foundation day of the party.

“It was on this day that conscious politicians (from different parties) came together under the leadership of Altaf Bukhari and laid the foundation of this party to show a bright light to the people who were reeling in darkness and facing a situation of despondency,” he said, referring to the abrogation of the special status of the erstwhile state and its bifurcation into two union territories.

“We want our youth to come out of the situation of hopelessness and write a bright future for themselves,” Mir said, adding that as the world was observing the International Women’s Day, his party seeks educational, economical, political and social empowerment of women.

The Apni Party reiterates its demand to provide reservation to women in the Assembly and Parliament, he said.

On allegations that the Apni party is the ‘B-team’ of the BJP, Mir said his party has its own stand and viewpoint. “We have denounced the BJP for what it has done to Jammu and Kashmir. We believe it (abrogation of special status) was totally wrong and akin to playing with the sentiments of the people.”

Mir said the Apni party will continue to condemn it and “when we will get the public support, we will put a new system in place”.

On whether his party was open to an alliance with the BJP or any other party ahead of the Assembly elections, he said all traditional political parties have pushed Jammu and Kashmir to the verge of destruction.

“We are here with new and right politics, a new approach and our aim is to bring new political discourse in Jammu and Kashmir,” Mir added.