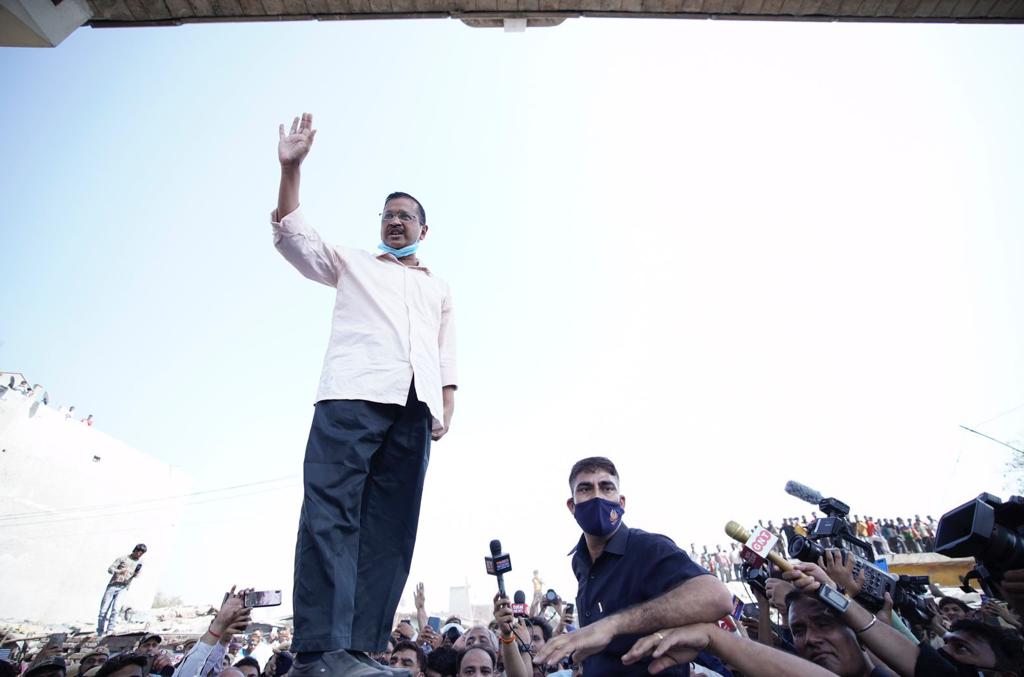 NEW DELHI: “AAP Will Delhi Chief Minister Arvind Kejriwal today attacked the BJP over the “postponement” of municipal elections, saying that AAP will quit politics if BJP gets these polls conducted timely and wins them.

His remarks came after the Union Cabinet on Tuesday approved a bill to unify the three civic bodies – North, East and South – in Delhi.

“We (the AAP) will leave politics if BJP gets the MCD polls held (timely) and wins them,” Kejriwal told reporters outside the Delhi Assembly.

He added, “The BJP says it is the biggest political party in the world but it got scared by a small party and a small election. I dare the BJP for timely MCD polls.” Later, Kejriwal took to Twitter and said that deferring the elections is an “insult to martyrs”.Leave Politics If…”: Arvind Kejriwal Goes All-In Against BJP.

In this article:AAP, Arvind Kejriwal, BJP gets MCD polls, Delhi