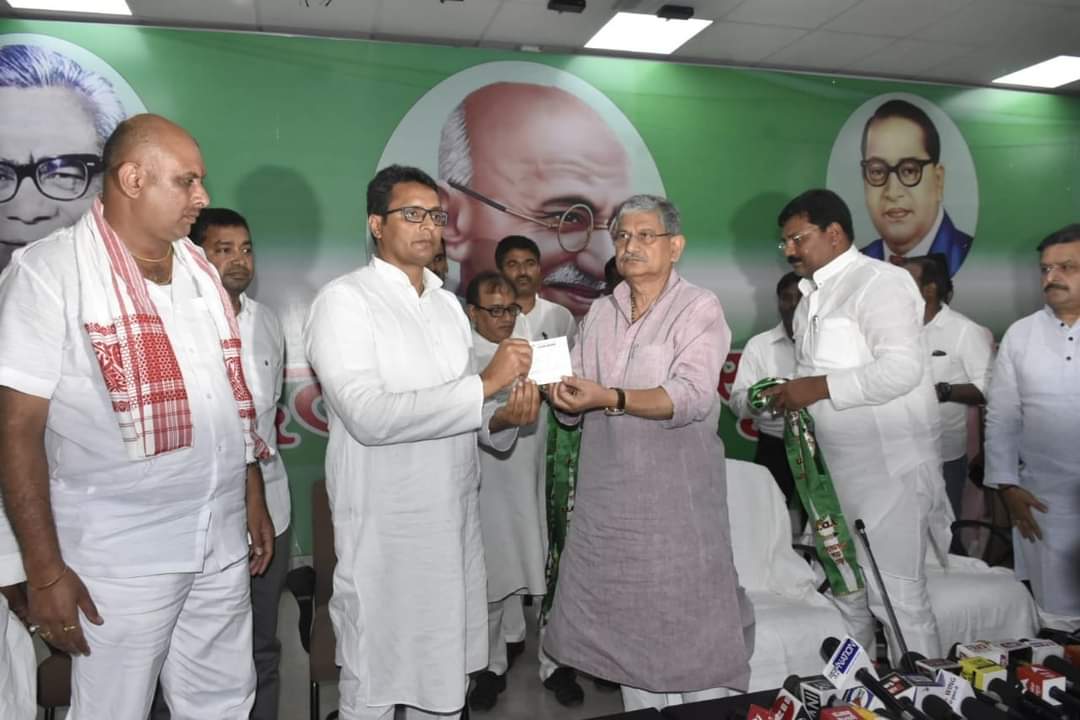 PATNA: Bihar Chief Minister Nitish Kumar’s JD(U) on Tuesday received a shot in the arm with the induction of the son of a top leader of RJD, which is founded and headed by his arch rival Lalu Prasad.

Singh, an engineer by training, said on the occasion, Party workers in RJD are humiliated day in and day out – a reason why people like me with family roots in it are gravitating towards JD(U). The top leadership of RJD treat workers as fund collection agents .

Singh, who belongs to the influential Rajput community, also rubbished Tejashwi Yadav’s claim of RJD being the party of A to Z through which he sought to win over the upper castes.

We must not forget that Tejashwi Yadav had opposed the 10 per cent quota for economically weaker sections introduced by the Narendra Modi government. Even a leader like Raghuvansh Prasad Singh was bewildered by the party stance, he said.

Raghuvansh Prasad Singh, a former union minister, was one of the founding members of the RJD who ran afoul with the party in the twilight years of his life. His son Satya Prakash joined JD(U) shortly after his death.

Meanwhile, Jagadanand Singh, known to be close to Lalu Prasad and Tejashwi Yadav, was tight lipped over the development. His elder son Sudhakar Singh is the RJD MLA from Ramgarh.