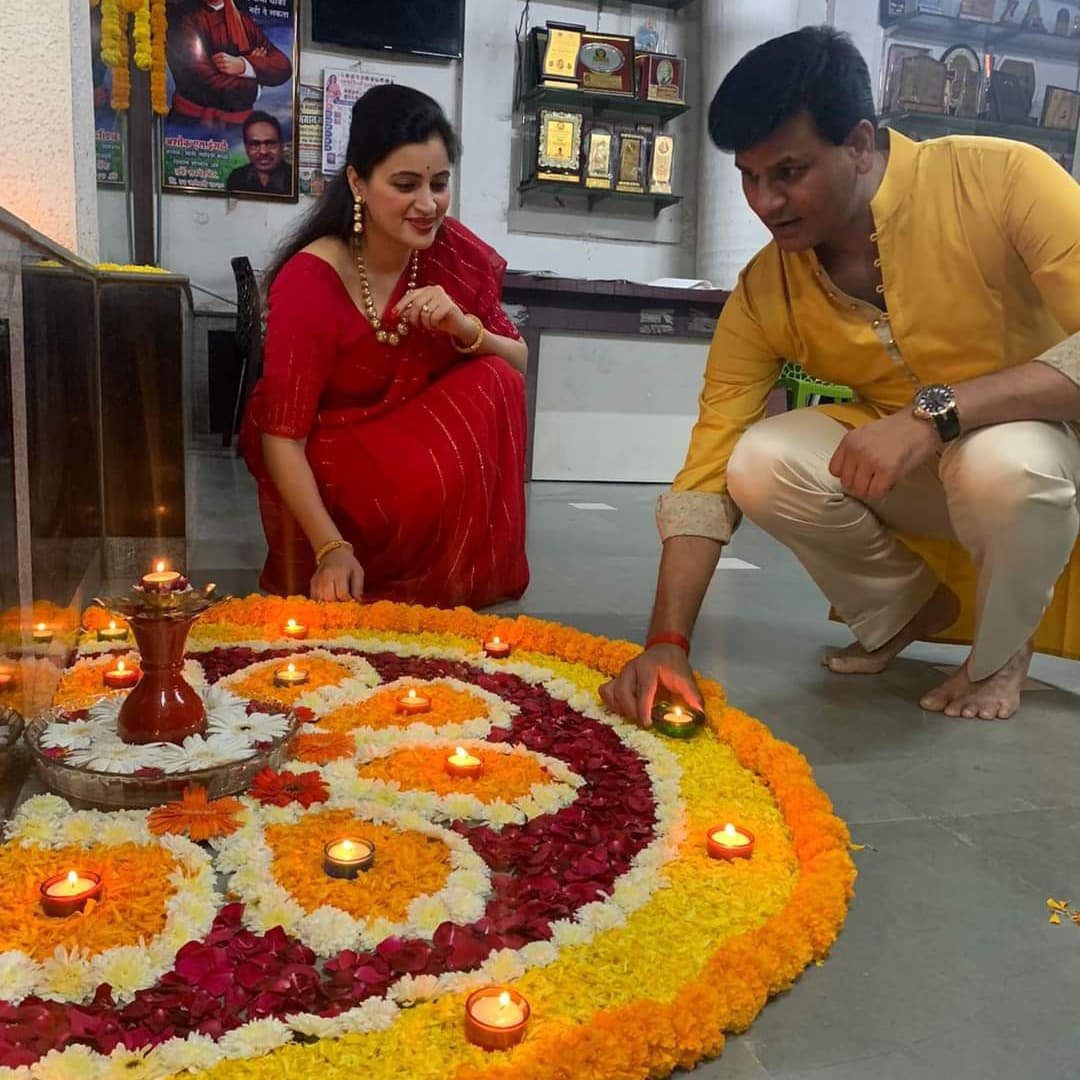 NEW DELHI : In an unexpected twist, the Mafia angle has emerged in the ongoing ruckus between Independent MP-MLA couple, Navneet Kaur Rana and her husband Ravi Rana, and the Maha Vikas Aghadi (MVA) government.

Late on Tuesday, Shiv Sena MP Sanjay Raut had dropped a Twitter bomb claiming that the Amravati (SC seat) MP, Navneet Rana, had allegedly taken a loan of Rs 80 lakh from Yusuf Lakdawala, alleged to be linked to the absconding Mafia don Dawood Ibrahim Kaskar and nabbed by the Enforcement Directorate (ED) in a Rs 200 crore money-laundering case a couple of years back.

When questioned, Minister of State for Home, Shambhuraj Desai, said that the police would ascertain the matter and in case a complaint is registered, they would investigate further and do the needful.

A film financier, realtor and businessman, Lakdawala died while in custody at the Arthur Road Central Jail in September 2021.

Raking up the issue, Raut also posted a purported extract of Navneet Rana’s 2019 election affidavit which mentions the loan amount due to (the late) Lakdawala.

“Why has the ED not yet investigated this? This is just one matter that has come to light, there may be other such irregularities that will be exposed in the probe,” Raut said.

He also wondered whether there could be an “underworld link” to the ongoing political row over reciting ‘Hanuman Chalisa’, as it (a link) was found during the March 1993 Mumbai serial blasts.

Terming it as an issue of national security, Raut slammed the BJP for “trying to shield” Navneet Rana, who was arrested on April 23 and is currently in custody along with her husband after they threatened to go and chant Hanuman Chalisa outside the private residence of Chief Minister Uddhav Thackeray in Bandra.

Though they later abandoned the plan ostensibly in view of the Prime Minister’s visit to Mumbai on Sunday (April 24), they were arrested under various charges, including sedition, and are currently in judicial custody for 14 days.

On Wednesday, Raut tweeted asking if Lakdawala’s illegal money is now in Rana’s account, will the ED summon and serve tea to her, why the D-Gang is being saved and why the BJP is keeping quiet.

Senior Nationalist Congress Party leader and Food and Civil Supplies Minister Chhagan Bhujbal demanded that the Mumbai Police and ED should take immediate cognisance of the allegations against Navneet Rana.

“The ED took action against state minister Nawab Malik for transacting land worth Rs 5 lakh.Now MP Sanjay Raut has posted documents that Navneet Rana had taken Rs 80 lakh from Lakdawala, why should it not be investigated,” Bhujbal asked.

It must be probed why the film actress-turned-MP took the money, through whom she approached Lakdawala and what was done with the loan amount, he said.

“He has now invested crores of black money of his uncle Ramdev to buy lands and has become a land-mafia.This came out in his wife Navneet Rana’s poll affidavit,” said Tiwari, demanding a probe by ED and CBI.

BJP state President Chandrakant Patil distanced himself from the issue saying though Raut is trying to link his party (BJP) with Navneet Rana, they had no connections as she was elected as an Independent MP.