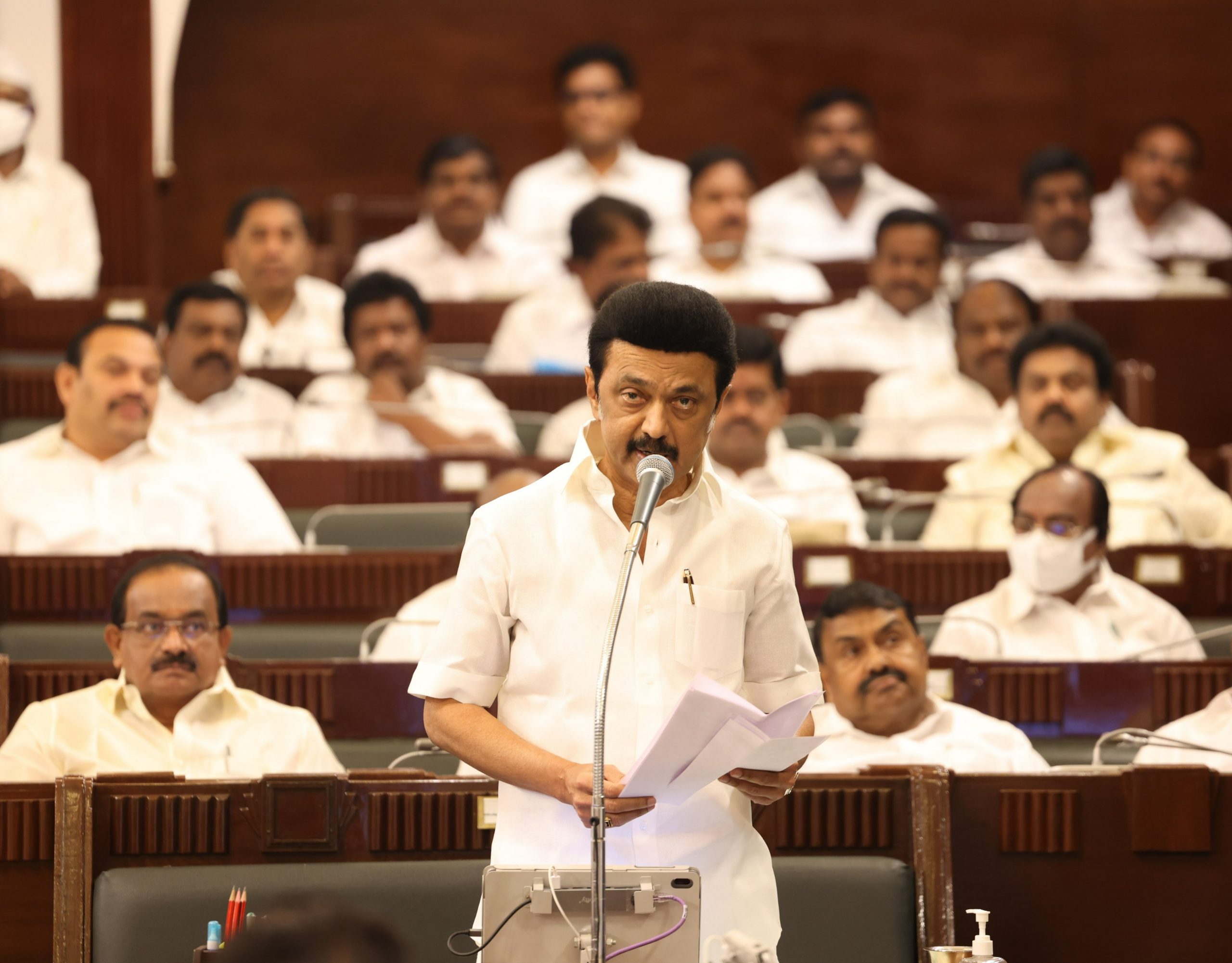 CHENNAI: Hitting out at Prime Minister Narendra Modi over the issue of tax cuts on petroleum products, Tamil Nadu Chief Minister M K Stalin on Thursday said people were aware of the fact behind the issue and pointed out at his government effecting a Rs 3 a litre cut on petrol earlier.

Making a statement in the Tamil Nadu Assembly, Stalin said since 2014, whenever international crude rates dipped, the NDA government did not pass on the benefit to the customers but only pocketed the additional revenue earned from the differential.

Referring to a Tamil saying, he indicated that the PM was not revealing the facts. While the excise duty levied on petrol and diesel has to be shared with states, that has been reduced, thus affecting the states’ revenue, he said.

“While the cess and surcharges are not meant to be shared with the state governments, these have been exorbitantly hiked, thus burdening people and the union government is enjoying the revenue earned from this,” the CM added.

He also accused the Centre of “pretending” to have reduced the fuel-related taxes due to “elections in some states,” in an apparent reference to the polls held earlier this year in five states, including Uttar Pradesh, Punjab and Goa.

“A week after the state elections, the prices were hiked and the Union government imposed further burden on people,” he charged.

However, soon after winning the elections and forming the government last year, unmindful of the fiscal position, and according priority to people’s welfare, his government had effected the tax cut for petrol even before Centre did, Stalin pointed out.

“People know all this. Who shows real keenness in reducing petrol rates and who pretends and lays the blames on others–I leave it to the people to decide,” Stalin said. He also referred to state Finance Minister Palanivel Thiagarajan issuing a detailed “data-based” statement on the issue earlier in the day.

Palanivel Thiaga Rajan said the taxes on fuel prices levied by the Centre continue to be “exorbitant” and it was neither ‘fair’ nor ‘feasible’ for the State to further reduce it.

On Wednesday, Modi had pointed out that some states did not reduce VAT on petrol and diesel despite the cut in excise duty by the Centre last November. He said the states had done “injustice” to the people by not transferring the benefits of the cut to them.

Speaking at an interaction with chief ministers on the emergent COVID-19 situation in the country, Modi said he wanted to flag the challenges being faced by the people due to the war.

“The situation of war which has arisen, has affected the supply chain, and in such an environment, the challenges are increasing day by day,” Modi said in an apparent reference to the Russia-Ukraine conflict.

“This global crisis is bringing many challenges. In such a situation, it has become imperative to further enhance the spirit of cooperative federalism and coordination between the Centre and states,” he said.