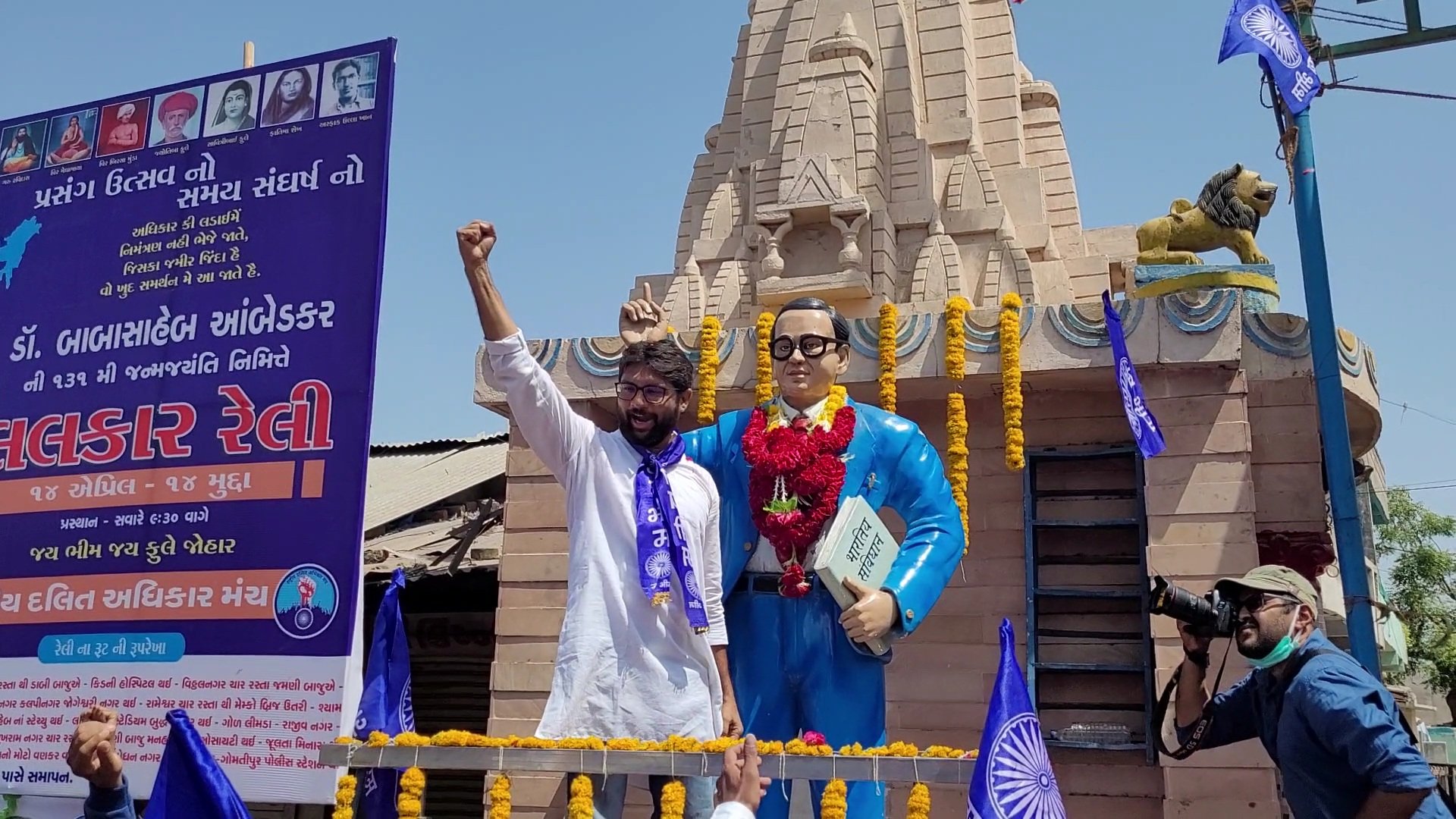 NEW DELHI: Gujarat legislator Jignesh Mevani Monday alleged that his arrest by the Assam Police was a pre-planned conspiracy “designed” by the Prime Minister’s Office to “destroy” him ahead of the assembly elections in the state.

“My arrest is an act of 56-inch cowardice and it has undermined Gujarat’s pride,” Mevani told reporters in an apparent attack on Prime Minister Narendra Modi using his 56-inch chest assertion.

Addressing a press conference here after he was granted bail by an Assam court, Mevani announced he would take to the streets and ensure a Gujarat Bandh on June 1 seeking action against those behind the leak of 22 exam papers, the recent recovery of “Rs 1.75 lakh-crore” worth of drugs from Mundra Port, and to press for the withdrawal of all cases against Dalits registered in in Una and against minorities

“My arrest by the Assam police was a pre-planned conspiracy. It was in blatant disregard to protocol and rules for an MLA, Mevani told reporters.

It is my charge that this is a conspiracy designed by the Prime Minister’s Office. Gujarat elections are due soon and this is being done to destroy me. I fear that there is every chance that by now they may have planted something on my computer which has been seized by them, he also said.

He also asserted he will fight all cases against him in court, but demanded all cases against Dalits in Una and minorities in his Vadgam constituency be taken back as was done in the case of the Patidar community members during their pro-quota agitation.

“Otherwise, we will take to the streets and launch a Gujarat Bandh on June 1,” he announced.