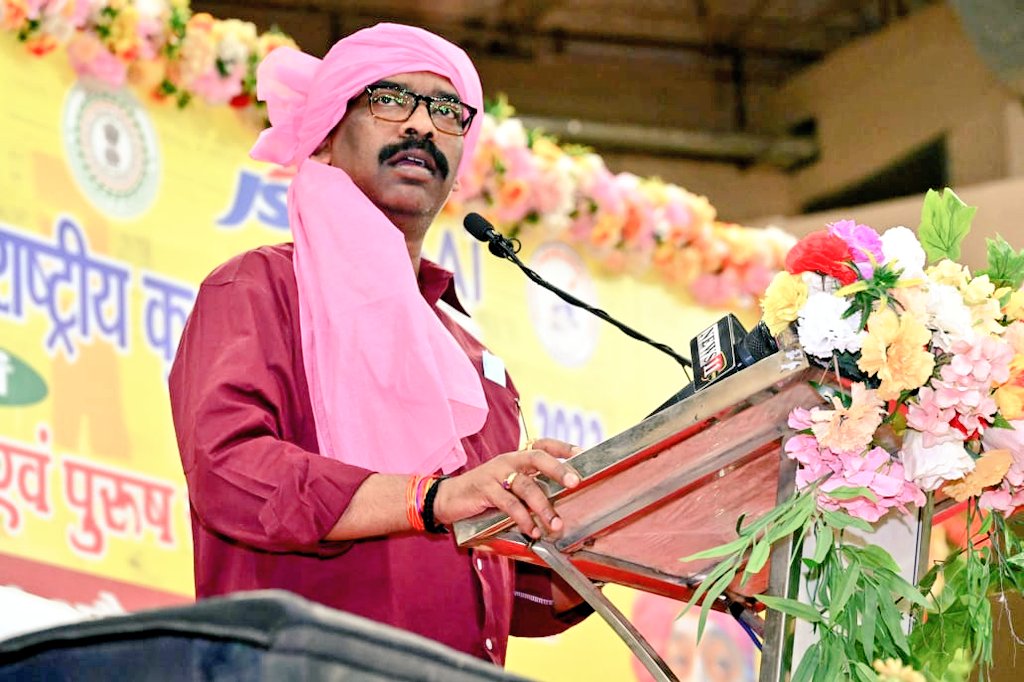 NEW DELHI: The Election Commission (EC) on Monday issued a notice to to Jharkhand Chief Minister Hemant Soren seeking his stand on charges that he issued a mining lease in the state in his favour.

If the charges are proved, he may stand disqualified as a member of the state assembly.

“The commission wanted to give him a fair chance to present his stand on these serious charges. He has been given time till May 10 to respond to the notice,” a functionary said.

The poll panel had received a representation from the state governor on the issue. The EC will send its opinion to the governor.

Section 9A of the Representation of the People Act deals with disqualification of a lawmaker for government contract.

The notice has been issued keeping the provisions of the section in mind. The commission prima facie has found he violated provisions of Section 9A.

“A person shall be disqualified if, and for so long as, there subsists a contract entered into by him in the course of his trade or business with the appropriate government for the supply of goods to, or for the execution of any works undertaken by, that government,” reads the section.

The EC had recently written to the state government to share the documents related to the mining lease.

The issue has already triggered a political controversy in the mineral-rich state.