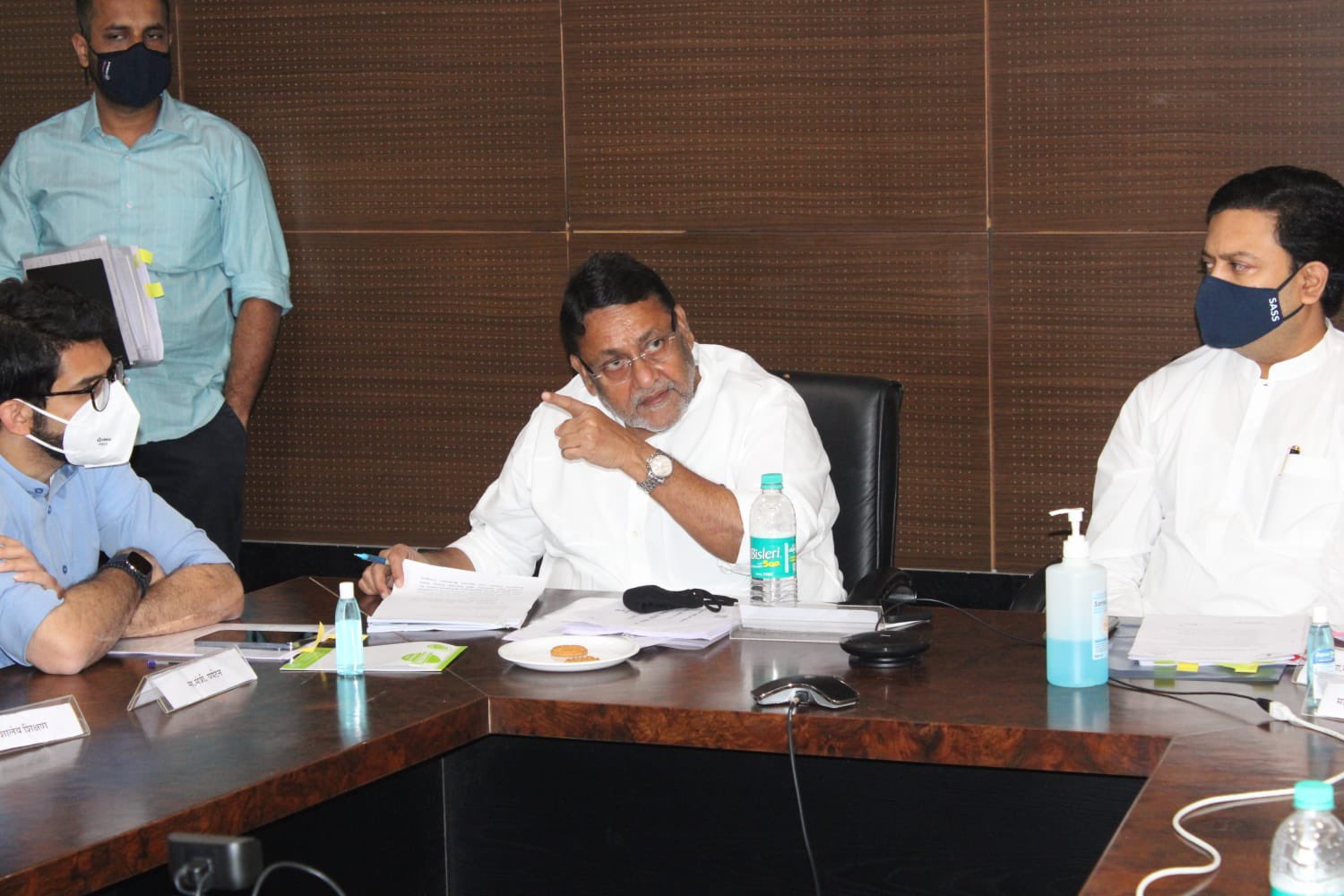 NEW DELHI: Maharashtra cabinet minister Nawab Malik, arrested by the ED in a money laundering case, was in a “serious” condition after he was admitted to a state-run J J Hospital here on Monday on complaining of fever and diarrhoea, his lawyer told a special court here.

The hospital said the minister is under observation at the Intensive Care Unit (ICU) and his condition is stable.

Last week, Malik (62), lodged in the Arthur Road jail here, had sought an interim bail on medical grounds from the special court set up for trial of criminal cases against MPs and MLAs.

However, the Enforcement Directorate (ED) has opposed the interim bail plea, calling it an attempt by Malik “to flee from the clutches of law”. When the matter came up for hearing on Monday, Malik’s lawyer Kushal Mor told the court that when the NCP leader’s family members went to give him home food, they were told he was shifted to the state-run J J Hospital.

Mor told the court that Malik, arrested more than two months ago, has been ill since the last three days and that his condition has deteriorated and he was “serious”. Sanjay Surase, Medical Superintendent, Sir JJ Hospital, said Malik was brought to the hospital at 10 am. He complained of an upset stomach and his blood pressure was not stable.

He is under observation at the Intensive Care Unit and his condition is currently stable, Surase said. Lawyer Mor further said there is no facility at the JJ Hospital to conduct some of the tests which are required for treatment of his client and hence he should be shifted to a private medical centre. The judge, after hearing his submissions, said it is necessary to seek a report from the medical officer of the state-run hospital about the health condition of the accused.

He directed ED officers to collect the report from the medical officer and find out whether there is a facility to conduct all tests required for the treatment of the NCP leader.

Special judge R N Rokade expressed concern over the prison authorities not informing the court about Malik’s condition and that he was taken to the hospital. The court posted the matter for further hearing on May 5. Malik had sought an interim bail for six weeks on medical grounds, citing multiple illnesses, including kidney ailments and swelling in legs.

The ED on Monday filed a reply to the interim bail sought by Malik, saying it was another attempt by the minister “to flee from the clutches of law”. The ED, in its reply, submitted that the accused had earlier moved the Bombay High Court for interim relief, but his application has been rejected. “It is pertinent to take into account that the applicant did not see any medical ground in such interim relief.

Later, he also approached the Supreme Court for interim relief and the same has been rejected at the outset,” the central agency said. The latest bail plea on medical grounds is one more attempt by the accused to “flee from the clutches of law”, it said.

The attempts of the accused to get interim relief is nothing but a tactic to get bail which the accused is not otherwise entitled to, in view of the conditions imposed by the provisions of the Prevention of Money Laundering Act, the probe agency said.

So far as the medical emergency portrayed in the interim bail application is concerned, it is vehemently denied that he is not being provided adequate health facilities while under judicial custody, the ED added. The ED submitted that all health issues being faced by the minister can be treated at the government facility and there was no requirement for an interim bail for the purpose of undergoing treatment at a private hospital.

The minister was arrested on February 23 by the Enforcement Directorate in connection with a money laundering probe linked to the activities of fugitive underworld don Dawood Ibrahim and his aides.

The ED’s case is based on an FIR filed recently by the National Investigation Agency (NIA) against Dawood Ibrahim and others. The NIA had filed its criminal complaint under sections of the stringent Unlawful Activities Prevention Act (UAPA). The ED had recently filed an over 5,000-page charge-sheet in the case against Malik.

The NCP leader has denied all charges levelled against him and had moved the Supreme Court against an order of the Bombay HC, which had rejected his interim application seeking immediate release from jail. The SC had also refused to grant him any relief, noting the probe into the case was at a nascent stage.