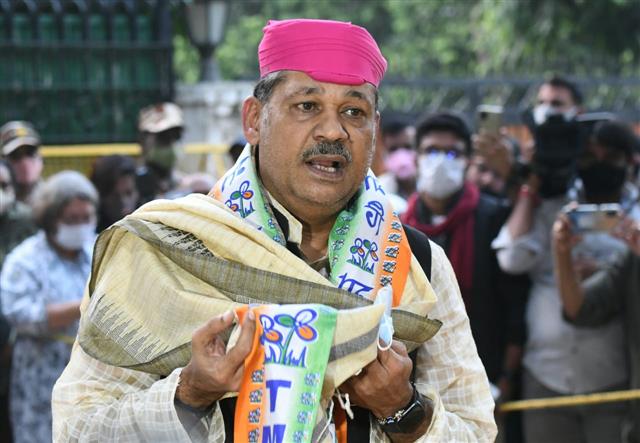 KOLKATA: The Trinamool Congress (TMC) on Wednesday appointed Kirti Azad as the new in-charge for its Goa unit. He joined  TMC after meeting TMC chief Mamta Banerjee in Delhi on November 23, 2021.

Azad, a cricketer-turned-politician, had switched over to the TMC from Congress last year. He was earlier a BJP MP from Bihar. Azad replaced TMC MP Mahua Moitra who was the in-charge of the Goa unit.

The appointment will come into force with immediate effect, the party said in a statement. Even as the TMC inducted several senior leaders from the Congress ahead of the assembly polls in the coastal state earlier this year, it drew a blank.

He followed his father Bhagwat Jha Azad, former Chief Minister of Bihar,into politics and was elected to Parliament on a Bharatiya Janata Party (BJP) ticket from Darbhanga, Bihar. He served his second term in the Lok Sabha representing Darbhanga. He was previously an MLA from Delhi’s Gole Market constituency.He won the 2014 Lok Sabha Elections from Darbhanga.

On 23 December 2015 he was suspended from BJP for openly targeting Union finance minister Arun Jaitley over alleged irregularities and corruption in Delhi’s cricket body Delhi and District Cricket Association.Azad joined the Indian National Congress on 18 February 2019 He fought General Election from Dhanbad Lok Sabha constituency for 2019 representing Indian National Congress, against BJP candidate Pashupati Nath Singh and lost it with a margin of 4.8 lakhs.

In this article:Goa, Kirti Azad, TMC