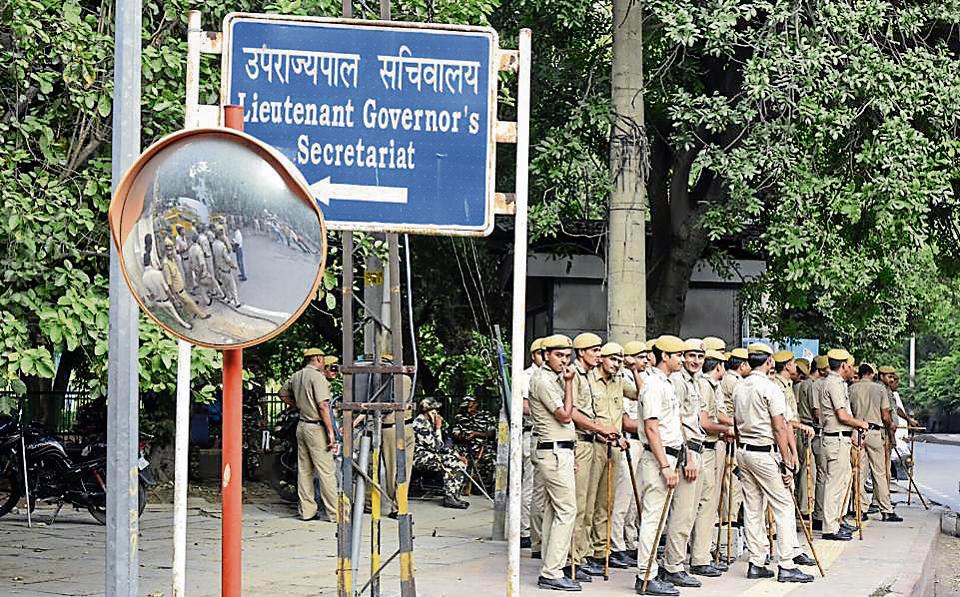 The transfer orders were issued by the Services Department, which comes under the LG.

Many district magistrates (DMs) have also been transferred.

Sonalika Jiwani, who was serving as DM (South) has been posted as special secretary, Urban Development.

Vishwendra, currently posted as DM (Southeast), has been given the additional charge of special director, Social Welfare.

Sonika Singh, who was DM (East) and holding the additional charge of DM (Central), has been deputed as DM (Central).

Vikram Singh Malik, posted as DM (South West), has been transferred to the New Delhi Municipal Council (NDMC) as its secretary. Hemant Kumar, a 2013 IAS officer, will assume the charge of DM (South West).

P Krishnamurthy, who was chairman Delhi Subordinate Services Selection Board (DSSSB), will be replacing Rai as DJB CEO.

Ankur Garg, a 2003 IAS officer, who was posted as commissioner, Trade and Tax, has been transferred as secretary, IT. He will be replaced by SB Deepak Kumar.

Delhi Urban Shelter Improvement Board (DUSIB) CEO Garima Gupta has been posted as secretary, Social Welfare and given the additional charge of Women and Child Development secretary and MD of Shahjahanabad Redevelopment Council.

K Mahesh, a 2009 batch IAS officer, will replace her at the DUSIB.

H Rajesh Prasad, a 1995 batch IAS officer, has been posted as principal secretary of the Public Works Department.

The Municipal Corporation of Delhi, which was recently unified, has received many young officers in its fold. Anjali Sehrawat, a 2013 batch IAS officer, Angel Bhati and Vandana Rao, both 2014 batch IAS officers, have been posted as deputy commissioners in the MCD.