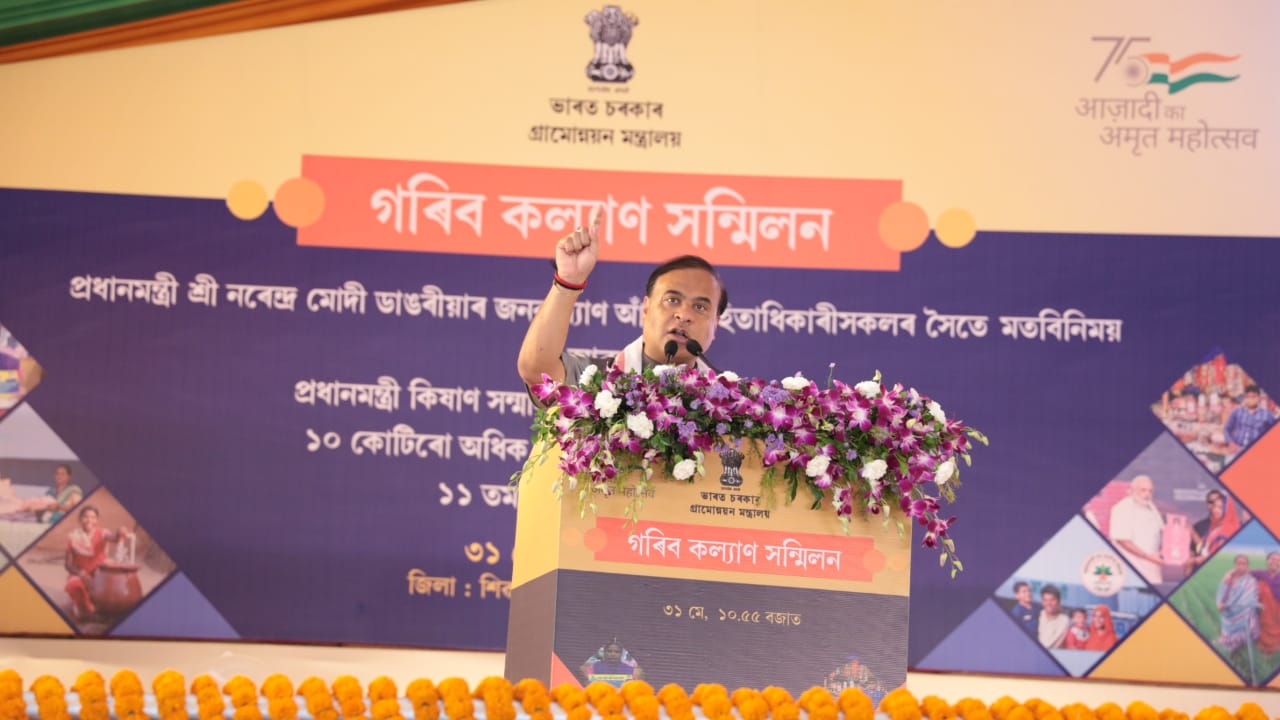 Speaking to reporters on the sidelines of the ‘Garib Kalyan Sammelan’ here, Sarma said that there is no scope for any such activity or making such statements in a nationalist party like the BJP.

Glad to be a part of Garib Kalyan Sammelan where Adarniya PM Shri @narendramodi ji interacted with beneficiaries of around 15 schemes from across the country.

Grateful to Adarniya PM for his margdarshan & for constantly motivating us to strive to serve our people better. pic.twitter.com/Po6HvS7zJP

“Sanjoy Kishan has committed a big mistake by apologising to ULFA. I have told him clearly that there is no scope for doing such work in a nationalist party like BJP.

“I have warned him that he will never take such a step in the future. I have advised him to fight for India’s national unity and against terrorism,” he added.

On May 28, Sarma had issued a show-cause notice to Kishan, also the Labour Welfare Minister of Assam, for apologising to the banned ULFA(I) for a remark he made against the outfit a few days ago.

Kishan was given three days to respond to the notice, which asked him to explain why he had apologised to the militant outfit.

The BJP minister, who represents Tinsukia in the state assembly, had on May 13 termed ULFA(I) chief Paresh Barua a “liar”.

The outfit had on the next day issued a statement demanding an apology from Kishan for his remarks and threatened to ensure his “boycott” in Dibrugarh and Tinsukia districts if he failed to issue an apology within 24 hours.

On May 15, Kishan told the press that he had not said anything with the intention of “hurting” Barua and if he had done so unknowingly, he sought forgiveness for the same.

Soon after this, the ULFA(I) issued another statement the same day, withdrawing its “boycott” of the BJP leader from the tea tribe community.

The banned ULFA(I) is considered to have some clout in Dibrugarh and Tinsukia districts of Upper Assam.

The ULFA(I) has been on a unilateral ceasefire with the government since May last year, soon after Sarma assumed office.