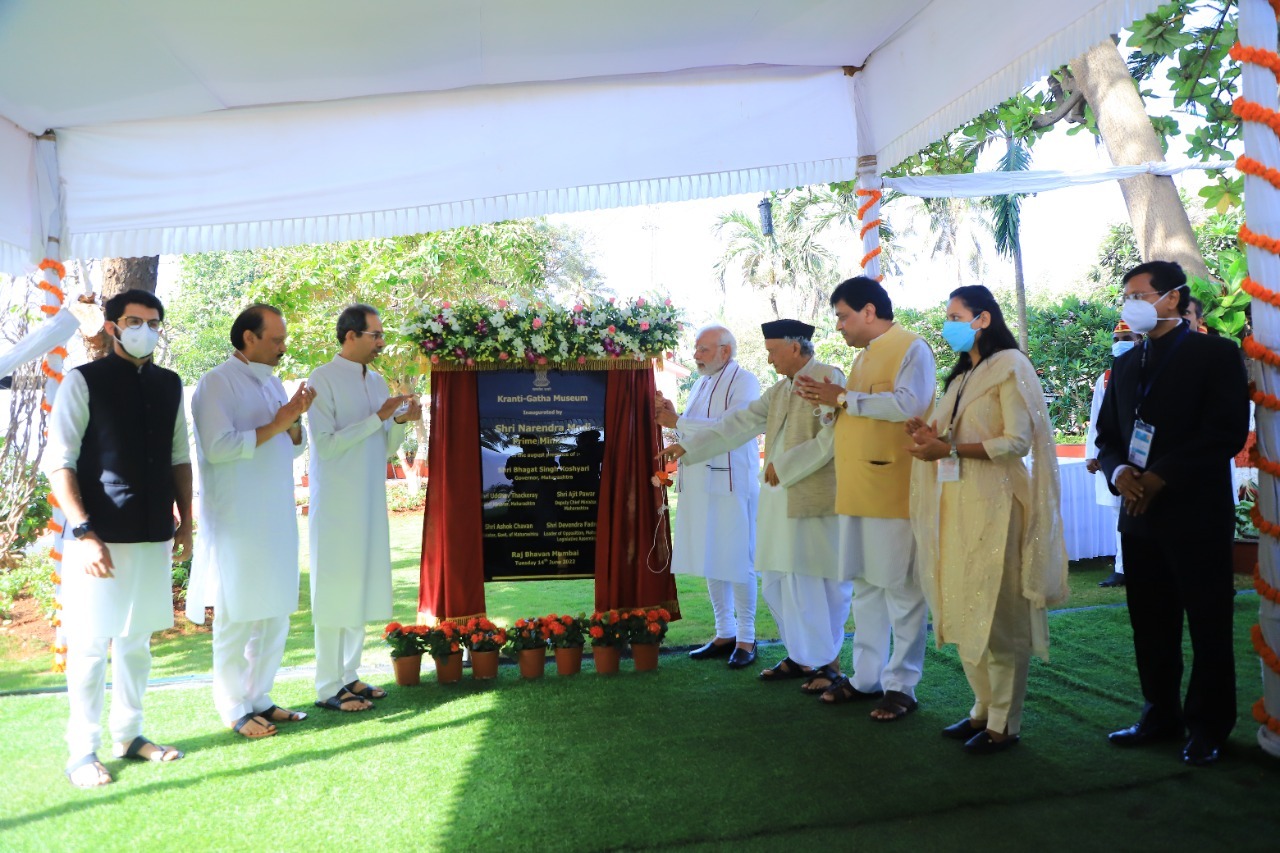 With a history of over 200 years, it traces its roots to the then Governor of Bombay, Mounstuart Elphinstone, who built a small bungalow called ‘Pretty Cottage’ at this location between 1820-1825 where the modern-day ‘Jal Bhushan’ now stands.

It was a moment of pride and honour for me to witness the grand inauguration of Jal Bhushan Building and Gallery of Revolutionaries at the prestigious Raj Bhavan, inaugurated by Hon. PM @narendramodi ji in presence of CM Uddhav Thackeray ji and other esteemed dignitaries. pic.twitter.com/F1exvQD8Sd

Since the relocation of the Arabian Sea-facing Government House at Malabar Hill in 1885, it has served as the residence of the British Governors of the erstwhile Bombay State, then the Governor of Bombay post-Independence and then the Maharashtra Governor after the state’s formation in 1960.

Since the old structure was found to be unsafe, it was decided to construct a new building for which President R.N. Kovind laid the foundation stone in August 2019, and the newly-built imposing building retains the salient heritage features of the earlier architecture.