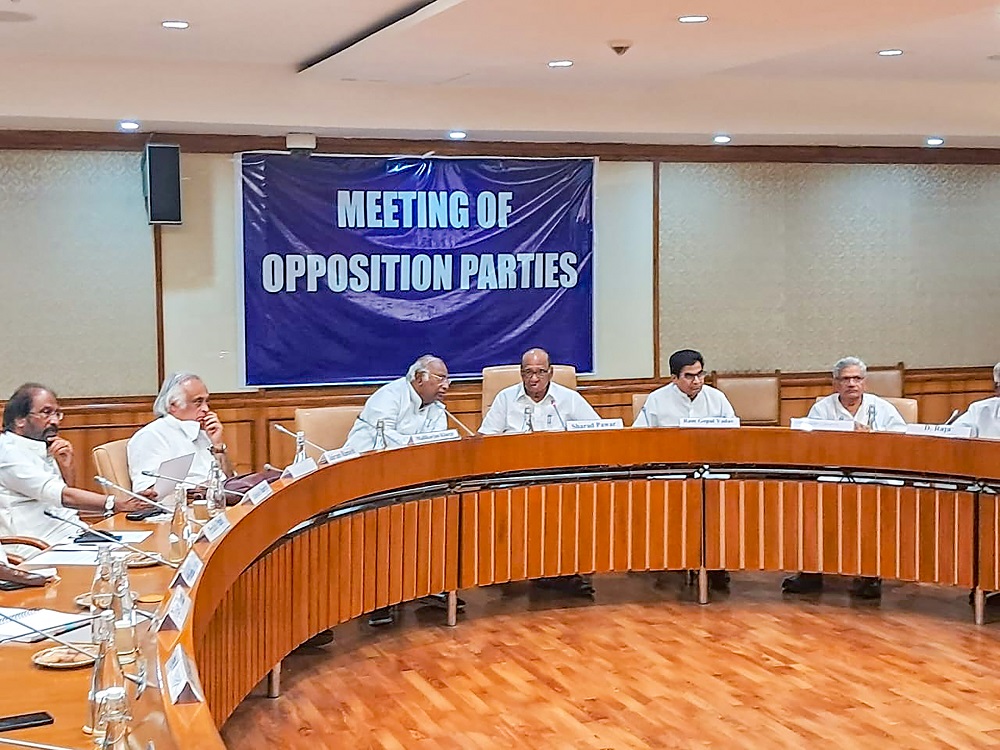 NEW DELHI: Several major opposition parties, including the Congress, the NCP and the TMC, on Tuesday picked former Union minister Yashwant Sinha as their candidate for the July 18 presidential polls.

Opposition leaders, who gathered at the Parliament annexe for the meeting convened by NCP chief Sharad Pawar to decide on a common candidate for the much discussed presidential election, unanimously agreed on Sinha’s name.

The veteran politician, who has stepped aside from the Trinamool Congress and was earlier with the BJP, will file his nomination papers on June 27.

“We regret Modi government made no serious effort to have consensus on a presidential candidate,” Congress leader Jairam Ramesh, who read out a joint statement after the meeting, said.

He noted that the initiative to have a consensus candidate for the highest office of the Republic should have been taken by the government.

“We are happy to announce that we have unanimously chosen Yashwant Sinha as the common candidate of the opposition parties for the presidential election, which will take place on July 18, 2022,” Ramesh said.

“In his long and distinguished career in public life, Shri Yashwant Sinha has served the nation in various capacities – as an able administrator, accomplished parliamentarian and acclaimed Union Minister of Finance and External Affairs. He is eminently qualified to uphold secular and democratic character of the Indian Republic and its Constitutional values,” the statement said.

The leaders also announced that a committee formed to steer Sinha’s presidential campaign will start working from today. Sinha, who has been vocal on a range of issues, is in his 80s.

Pawar told reporters that he has personally spoken to a cross-section of leaders from various parties. These included Delhi Chief Minister Arvind Kejriwal from the Aam Aadmi Party (AAP) and Telangana’s K Chandrashekar Rao from the TRS who stayed away from the meeting.

“We will also try to convince the BJD and YSR Congress,” Pawar said when asked whether they are on board.

The ruling BJP-led combine has over 48 per cent vote share in the electoral college to pick the new president, and its candidate has a clear advantage over the opposition.

Reading out the joint statement, Ramesh said the parties have appealed to all political parties to support Sinha as president so the country could have a worthy ‘rashtrapati’ elected unopposed.

His party colleague Mallikarjun Kharge said Defence Minister Rajnath Singh had called him and a few other leaders to ask whether they had a name for top constitutional post.

“This was just for the sake of contacting, This cannot be termed a serious effort,” Kharge said.

The joint statement also said that India is passing through difficult times and the BJP government at the Centre has failed totally in fulfilling its promises and commitments.

“It is misusing ED, CBI, Election Commission, Governor’s office and other institutions as weapons against opposition parties and state governments run by them. Therefore, we assure the people of India that the unity of opposition parties, which has been forged for the presidential poll in a spirit of equality, common commitments and consensus-building through dialogue, will be further consolidated in the months ahead,” the joint statement said.

Sinha’s name came up after Pawar, Gopalkrishna Gandhi and Farooq Abdullah declined the opposition offer to be their joint candidate for the top post. Their names were proposed during the meetings of opposition parties on the issue.

According to Left party sources, Sinha, who was vice president of the TMC, resigned from the party after the Congress and Left parties wanted him to be an independent candidate and not associated with any one party.

The presidential election would be held on July 18 to elect a successor to incumbent Ram Nath Kovind and the result would be out on July 21.

The BJP parliamentary meeting will meet later on Tuesday to discuss the BJP-led NDA’s choices for the new president.