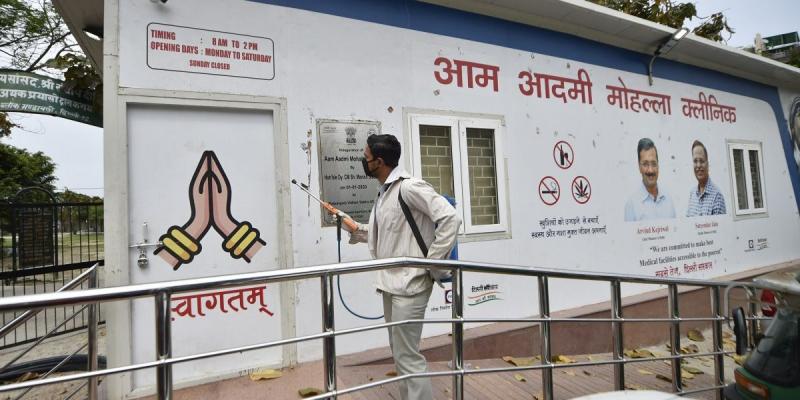 NEW DELHI: A delegation of BJP leaders from poll-bound Gujarat, which was on a two-day inspection of the AAP government’s “Delhi Model”, found two mohalla clinics and a school in a “poor condition” in Northeast Delhi on Wednesday.

The 17-member delegation, including former ministers and legislators, visited two mohalla clinics at Soniya Vihar and Chauhan Patti, both of which were not operational and a Delhi government school at Khajuri Khas, Bharatiya Janata Party (BJP) leaders said.

On Tuesday, the delegation had visited schools and mohalla clinics in South Delhi and New Delhi.

“The reality of what (Chief Minister) Arvind Kejriwal touts as his Delhi Model of governance is totally different from what he falsely claims. The mohalla clinics are showpieces while we have also noticed that schools are not up to the mark, let alone being of global standards as the AAP claims,” one of the delegation members said.

Northeast Delhi MP Manoj Tiwari, who accompanied the Gujarat BJP leaders, claimed that the mohalla clinics listed on the city government’s website are “dysfunctional” without doctors or medicines.

The delegation members also shot videos and interacted with the locals.

“The water and power supply that Kejriwal says is free in Delhi is a big farce. Poor people either do not get any piped water or, if it is available, it is dirty and unfit for use. We also met people who have received huge electricity bills despite minimum consumption,” another delegation member said.

The Aam Aadmi Party (AAP), which is in power in Delhi and Punjab, has been trying to carve a space for itself in Gujarat that goes to polls later this year, touting its “Delhi model”.

Several senior AAP leaders, including Kejriwal, have visited the state for meetings and roadshows in recent months.

Delhi Deputy Chief Minister Manish Sisodia had visited government schools in Bhavnagar, the constituency of Gujarat’s education minister, in April and attacked the ruling BJP for the “poor” condition of education in the state.

The AAP is trying to expand its base in BJP-ruled Gujarat and Himachal Pradesh that are scheduled to go to polls later this year.

In the 2017 Gujarat Assembly polls, the AAP had failed to win any seat.