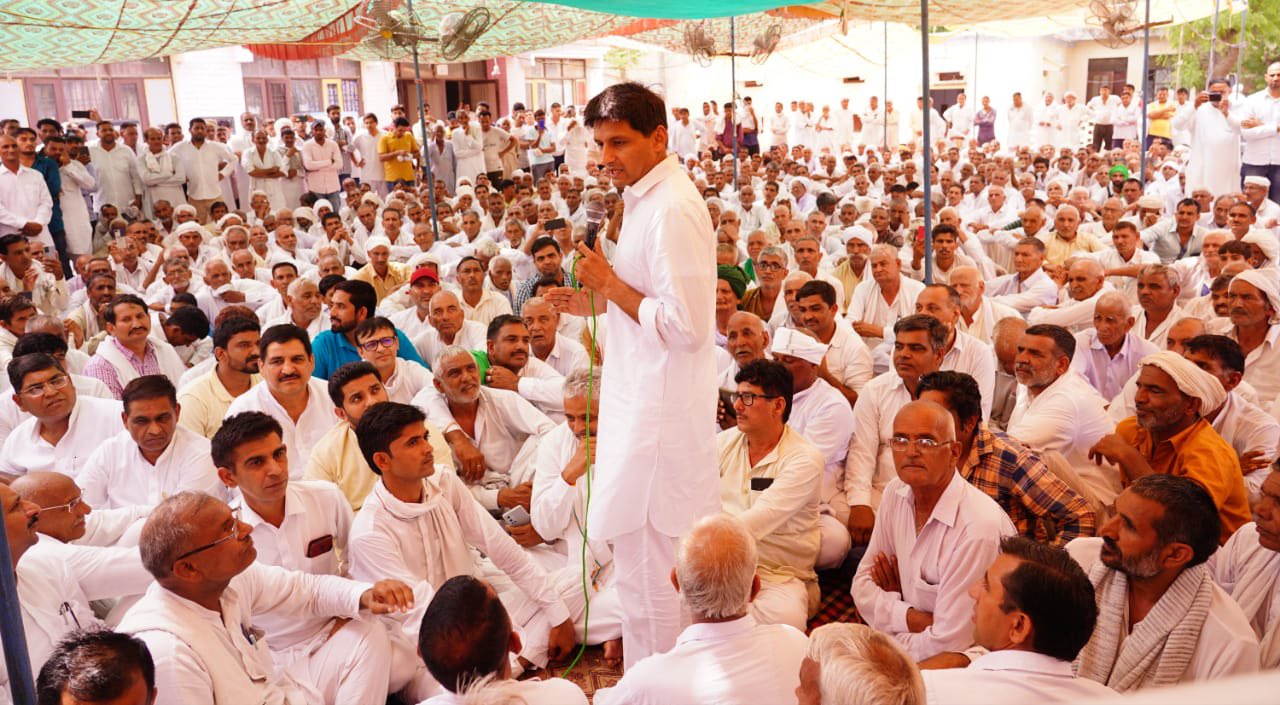 NEW DELHI: The Congress on Thursday demanded a committee on minimum support price for crops be set up immediately as promised by Prime Minister Narendra Modi last November and also sought a white paper on the “prevailing foodgrain crisis” in the country.

Congress leader Deepender Singh Hooda claimed that foodgrain stocks in India were at a 15-year low and per capita stocks at a 50-year low.

This is why the government had reduced wheat allocations to 10 states, including BJP-ruled Uttar Pradesh and Gujarat, he alleged and held the Central government responsible for the “current food crisis”.

“We want to tell the government to immediately set up the MSP committee as promised to farmers by the prime minister to provide a legal guarantee to minimum support price.

“The government should also publish a white paper on the current crisis of foodgrains, clearly spelling out who has benefitted from the export of wheat. The white paper should also be on the procurement and public distribution system policy in the country,” Hooda told reporters.

He asked the government why the wheat allocation quota of states has been cut and said the white paper should answer this.

Alleging that the government’s intention to benefit its “crony friends at the cost of farmers” has “threatened” the country’s food security, Hooda cited the statement of a Niti Aayog member who has called for a rethink on procurement-based MSP.

He added that the Niti Aayog member had earlier too stated that legalising MSP would spell doom for the market.

“The BJP government’s motto is to stand with some big industrialists and serve them while exploiting farmers and farm labourers,” the Rajya Sabha MP from Haryana alleged.

National security, foodgrain security and income of farmers have been endangered due to the government’s policies, he alleged.

Senior Congress leader Jairam Ramesh also hit out at the government over the export of wheat.

“‘Vishwaguru’ first exported vaccines by ignoring Indians and then exported wheat without thinking. The result is before us.

“BJP-ruled states like Gujarat, Uttar Pradesh and many other states are not getting wheat as per their requirement. After GST on wheat, flour, curd and other things, the problem of wheat shortage will increase further,” he said in a tweet in Hindi.

Taking a dig at the BJP-led Union government, Hooda alleged that it has put its promise of doubling farmers’ income and setting up a committee on MSP in the same basket as its “unfulfilled” promise of providing two crore jobs and bringing black money from abroad.

“This may be viewed as either a ‘jumla’ (rhetoric) or betrayal with farmers,” he alleged, adding that neither has the Committee for MSP formed nor has Ajay Mishra been sacked from his position as Union minister.

Union minister Ajay Mishra’s son Ashish Mishra is an accused in the Lakhimpur Kheri violence case. Eight people, including four farmers, were killed in Lakhimpur Kheri during the violence that erupted when farmers were protesting against Uttar Pradesh Deputy Chief Minister Keshav Prasad Maurya’s visit to the area on October 3 last year.

The Congress leader also said his party stands with the demands of farmers and would support them in their agitation.

The Samyukta Kisan Morcha is holding “Vishwasghaat seminars” from July 18 to 31 across the country and the party will lend its full support to them, he said.

Hooda said the Congress stands with farmers and will raise their demands in the upcoming session of Parliament starting July 18.

The Congress leader alleged that there has been 56 per cent less wheat procurement this year due to the government’s policies.

Over the Agniveer recruitment scheme for the military, the Rajya Sabha MP claimed that Israeli or American models cannot be replicated in India for mandatory recruitment in the armed forces, as Indians are patriotic.

All are in danger due to the policies of the government, Hooda alleged.

“If private companies bothered about India, why did they export so much wheat,” he posed and accused them of playing with the country’s food security.

Hooda also claimed the government had claimed that farmers’ income would be doubled by 2022, but the rates of foodgrains have not gone up and their debt as well as input costs have increased substantially.