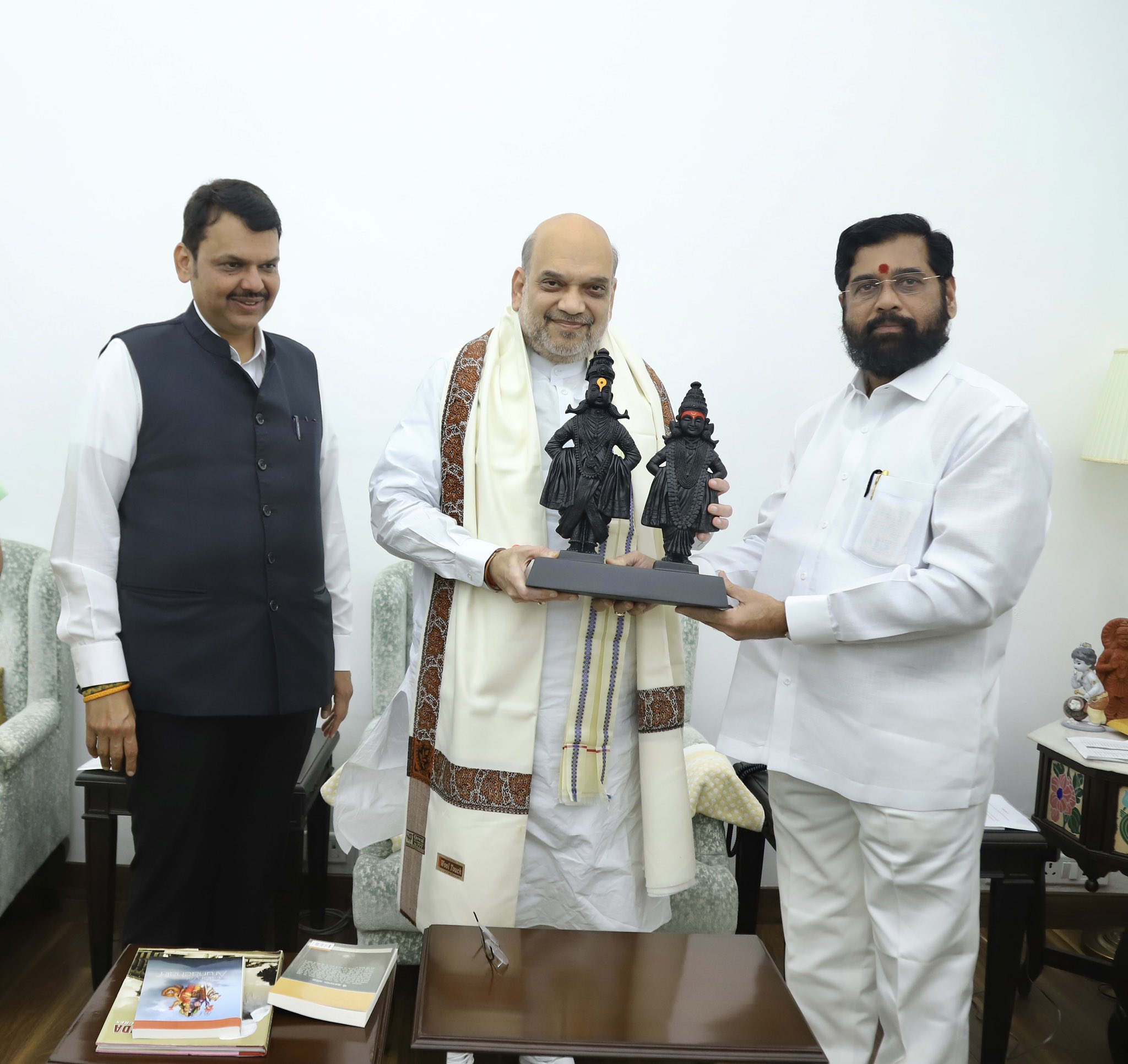 NEWD ELHI: Maharashtra Chief Minister Eknath Shinde and his deputy Devendra Fadnavis met Home Minister Amit Shah here on Friday, amid the buzz over expansion of the council of ministers after the formation of the new government earlier this week.

Soon after reaching the national capital, the two leaders drove to Maharashtra Sadan. Fadnavis is learnt to have reached Shah’s residence first and was later joined by Shinde. The discussions with Shah are learnt to have been centred around the power-sharing formula between the BJP and Shinde-led faction of the Shiv Sena.

Their visit to the national capital comes ahead of a crucial hearing in the Supreme Court on July 11 on a petition filed by the Uddhav Thackeray-led Shiv Sena seeking disqualification of Shinde and 15 MLAs of his faction.

We have faith in the judiciary, Shinde told reporters in the national capital, asserting the group led by him had the support of two-thirds of the Shiv Sena MLAs. The Shiv Sena had 55 MLAs before the split triggered by Shinde’s revolt.

The Speaker has also granted us recognition, he said.

Shinde was sworn in as chief minister on June 30 with the support of the BJP after he rebelled against the then Chief Minister Uddhav Thackeray, walking out of the Shiv Sena with a large chunk of MLAs leading to the fall of the Maharashtra Vikas Aghadi government.

Shinde won the trust vote in the Maharashtra assembly on July 4.