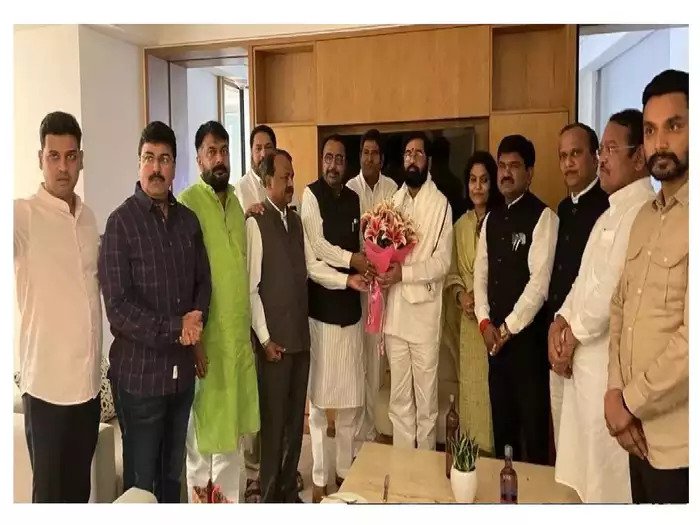 The decision was notified late in the night through a circular issued by the Lok Sabha Secretariat.

At least 12 Lok Sabha members of the Shiv Sena had written to the Speaker, urging him to appoint Shewale as their leader in the Lower House, expressing no confidence in the incumbent Vinayak Raut.

Earlier in the day, Maharashtra Chief Minister Eknath Shinde, with the 12 of the 19 Lok Sabha members from the Shiv Sena by his side, named Shewale as the leader of the party in the Lok Sabha.

The break in the Shiv Sena ranks in Parliament came a month after Shinde led a rebellion, walking out of the party with a large chunk of MLAs on June 20. The number of MLAs joining the Shinde camp from the Shiv Sena gradually rose to 40 out of the total 55.

Shinde was appointed chief minister on June 30 after incumbent Uddhav Thackeray quit the post in the wake of the rebellion.

Kalaben Delkar, the Shiv Sena MP from Dadra & Nagar Haveli, is expected to side with Thackeray-camp. All the Rajya Sabha MPs – Sanjay Raut, Anil Desai and Priyanka Chaturvedi are with Thackeray.

The Shinde faction needed at least 13 MPs to cause a rift in the Lok Sabha.