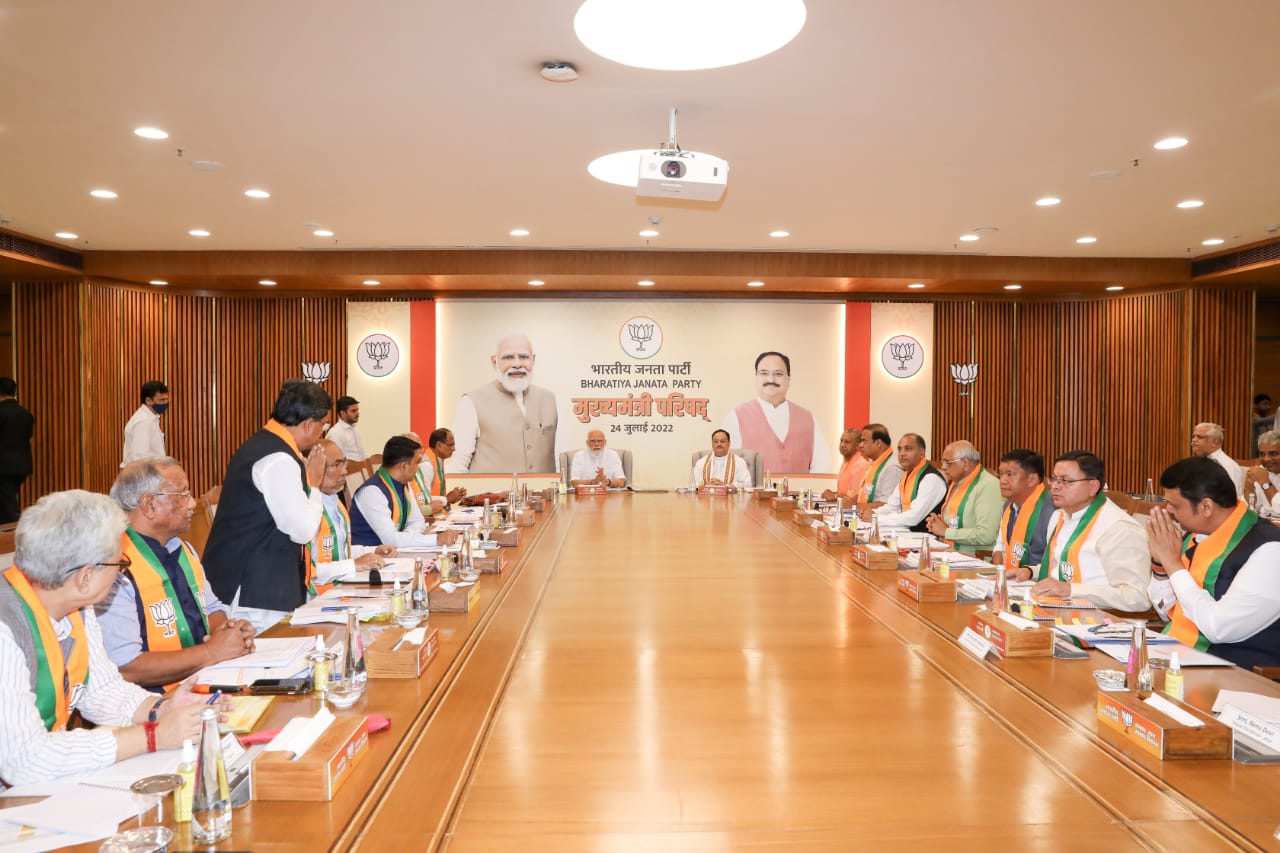 NEW DELHI: Prime Minister Narendra Modi on Sunday held a meeting with chief ministers and deputy chief ministers of BJP-ruled states at the party headquarters here to deliberate on the developmental work done by them.

The meeting was also attended by the BJP president, JP Nadda, its senior leader and Union Minister Bhupender Yadav and Vinay Sahsrabuddhe, who heads the party’s good governance cell.

The chief ministers and deputy chief ministers of 18 states where the BJP is in power on its own or in alliance with other parties held deliberations on achieving a 100 per cent target of all centrally sponsored welfare schemes and flagship programmes, sources said.

In this article:BJP, Narendra Modi