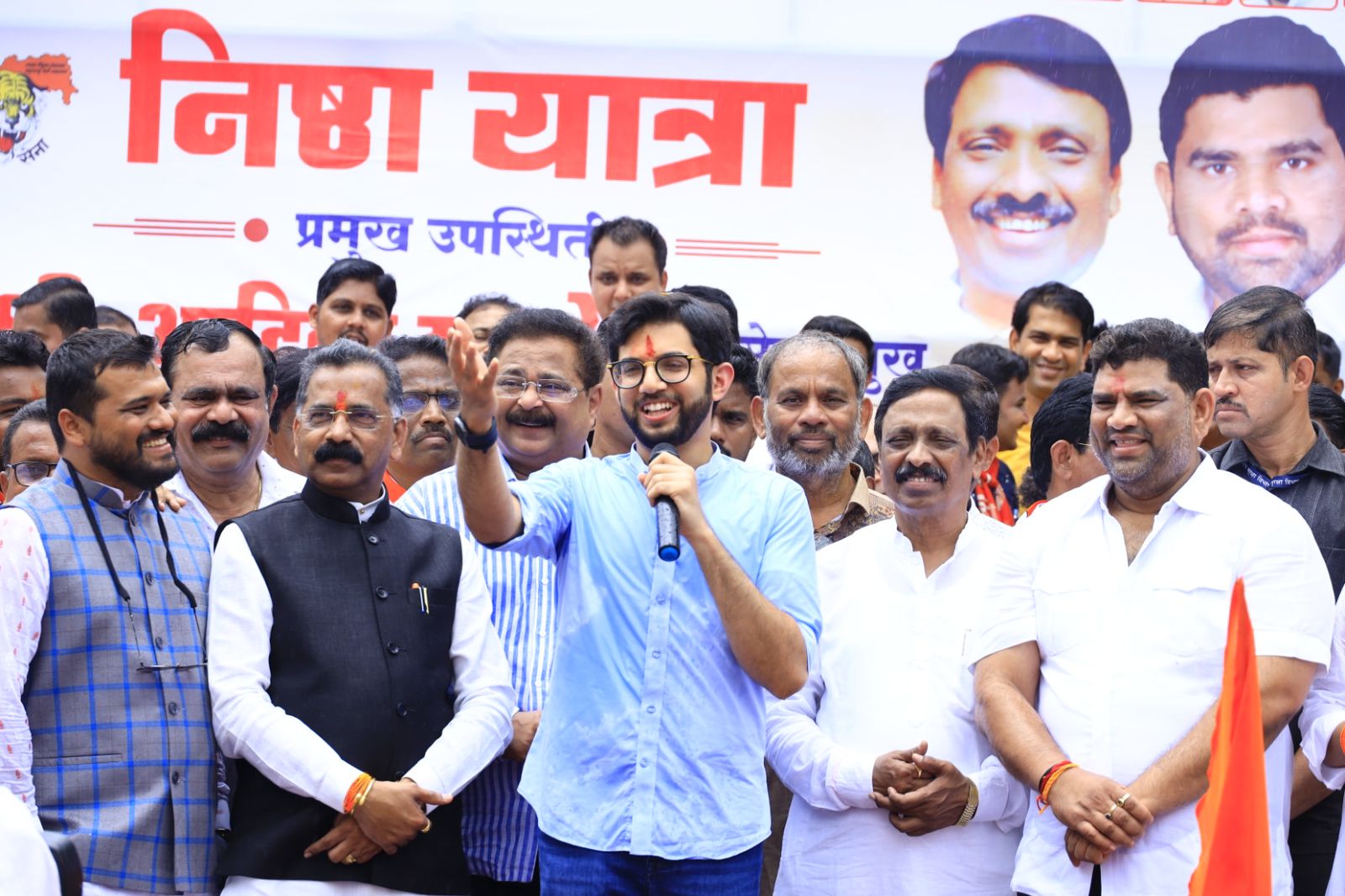 Addressing Shiv Sena workers during his tour of the Konkan region, he said the Shinde government’s focus is on “dirty politics” and not the welfare of the people.

“This entire political drama is of the one-and-half months. The government will collapse for sure. Maharashtra never tolerates treachery, said Aaditya, son of Shiv Sena chief and former chief minister Uddhav Thackeray.

Attacking the Shinde government in which Devendra Fadnavis of the Bharatiya Janata Party (BJP) is the deputy chief minister, Aaditya said the current government’s focus is on “dirty politics” and not the welfare of Maharashtra and the people.

The state witnessed incessant rains and floods, but the government is not bothered, he alleged.

The rebellion by Shinde and 40 MLAs of Shiv Sena led to the collapse of the Uddhav Thackeray-led Maha Vikas Aghadi (MVA) government last month.