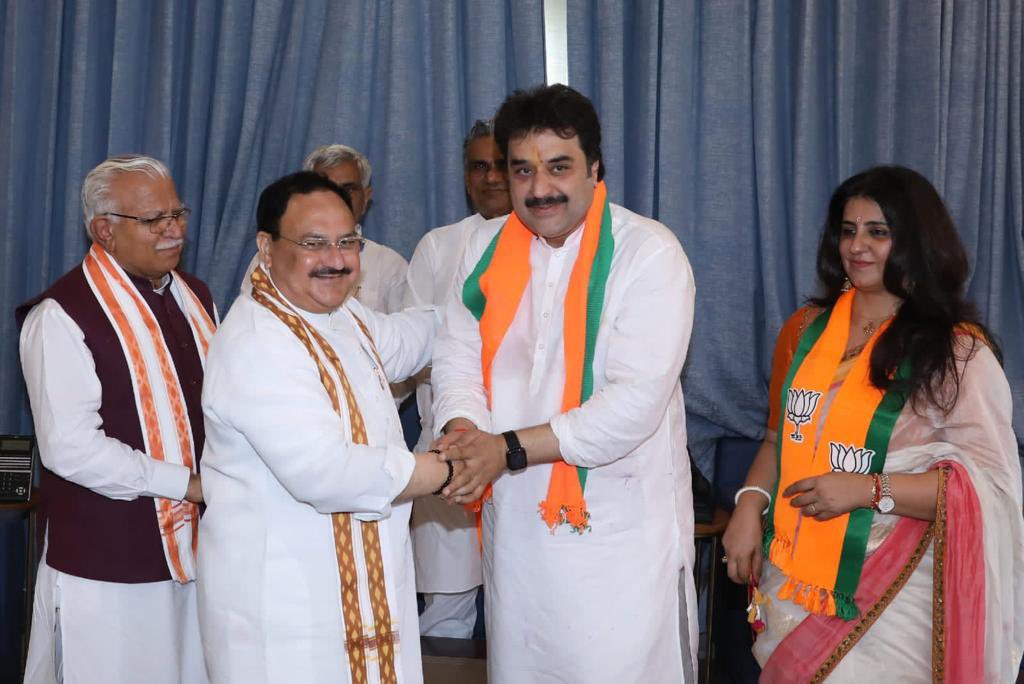 Bishnoi, son of former chief minister Bhajan Lal, has been an MLA for four terms and MP for two terms while his wife is also an ex-MLA.

Khattar welcomed him into the party at a ceremony at the BJP headquarters and said his induction will help the organisation.

He noted that Bishnoi has been supporting Prime Minister Narendra Modi’s leadership and backed the BJP during the recent Rajya Sabha polls despite being a Congress MLA.

Lauding Modi as a “great prime minister”, Bishnoi said it would not be wrong to describe him as “India’s best prime minister” who always thinks about the country and the poor’s welfare.

Bishnoi, who was a BJP ally earlier before joining the Congress, also lauded Khattar, saying his reputation remains spotless despite being chief minister for over eight years.

Bishnoi (53), who was expelled by the Congress for cross-voting in the Rajya Sabha polls, had resigned from the Haryana Assembly on Wednesday.

In this article:BJP, Congress, Kuldeep Bishnoi