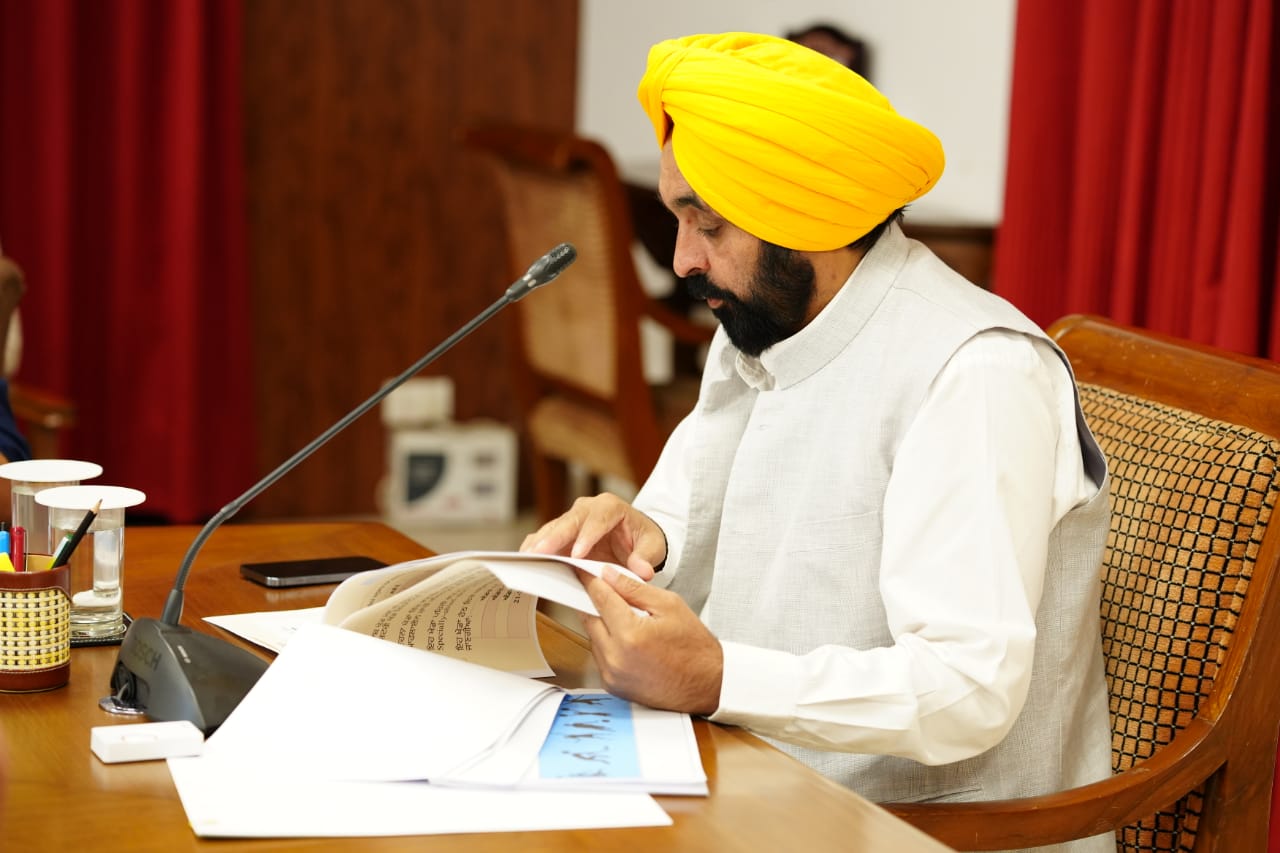 DHURI: Punjab Chief Minister Bhagwant Mann on Friday called the Congress and Akalis the deadwood of the Punjab politics, whose politicians he said are living in a fool’s paradise believing that they are still in power.

Addressing a gathering here while presiding over a programme to mark the 72nd state-level Van Mahotsav, the chief minister said the leadership of the both parties is yet to overcome the trauma of the crushing defeat inflicted on them by people during the Assembly polls.

“They are living in a fool’s paradise, assuming that they are still in power. However, these power-hungry politicians have forgotten that the wise and brave people of Punjab have chosen a government that is serving them zealously,” he said.

“As a matter of fact, both Congress and Shiromani Akali Dal are now deadwood of Punjab politics,” he said, adding that people rejected them as they failed to fulfil their expectations.

Lashing out at Shiromani Akali Dal chief Sukhbir Singh Badal, Mann said the leader who used to boast that they will rule Punjab for 25 years has been “totally rejected” by people.

He also took a dig at former Punjab chief minister Charanjit Singh Channi, questioning his absence from the political scene.

The Congress leader who claimed to be capable of doing everything is seen nowhere, said the CM. He fails to understand where Channi has “run away”, Mann added.

“If this is the condition of their former chief minister, who was also the Congress’ chief ministerial candidate, then that of the rest of the party can be judged very well,” he said.

Mann said it is for the first time that a government has been formed in the state which is working untiringly for the well-being of people.

People will no longer have to run from pillar to post in government offices for getting their works done, he said. adding that a mechanism is being evolved where benefits of all schemes will be delivered to people on their doorstep, thereby, saving their time, money and energy.

Mann said after assuming the charge, the Aam Aadmi Party government has started the process of fulfilling each and every promise made to people to restore the pristine glory of Punjab.

Sixteen medical colleges will come up in coming five years, increasing their tally to 25, “thus transforming Punjab into a hub of medical education”, the chief minister said.

Mann said the students aspiring to pursue medical education will no longer have to go to countries like Ukraine.

The chief minister said in a path-breaking initiative, his government provided 600 units of free power per billing cycle to every section of society.

As a result of this, nearly 51 lakh households out of the total 74 lakh will get zero electricity bill in the month of September, he said.

The chief minister also solicited the support of people against the use of single-use plastic and plantation of more and more trees to save the environment.

He underscored the need for making this campaign a mass movement for checking environmental degradation.

He said single-use plastic poses a serious threat to environment as it is non-degradable and can exist in environment for hundreds of years and in water for even thousands of years.