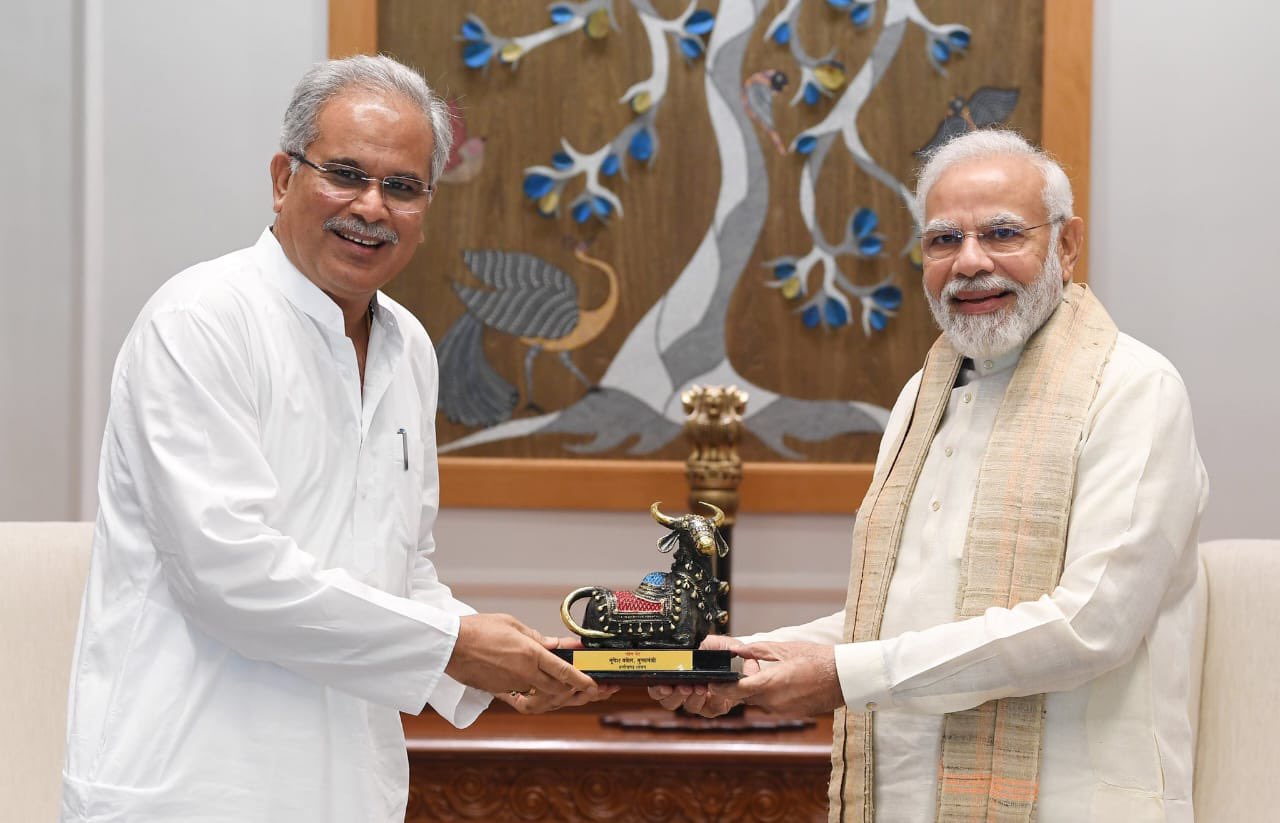 NEW DELHI: Chhattisgarh Chief Minister Bhupesh Baghel Sunday reiterated his demand to the Centre seeking a five-year extension for the compensation paid to states for revenue shortfall due to GST implementation and called for revising the rates of royalty for coal and other major minerals from the state.

Addressing the meeting of the seventh Governing Council of NITI Aayog chaired by Prime Minister Narendra Modi, Baghel said the state’s demand of GST compensation, transferring of the amounts collected as ‘additional levy’ from coal block companies and reimbursement of expenditure of Rs 11,828 crores made by the state government for eradication of Naxalism.

There has been a loss of revenue to states due to the GST tax system and the Centre has not made arrangements to compensate the loss of revenue of about Rs 5,000 crore to the state in the coming year, so the GST compensation grant should be continued for the next five years after June 2022, the chief minister was quoted as saying in a statement issued by his government.

When a nationwide GST subsumed 17 central and state levies from July 1, 2017, it was decided that states would be compensated for any loss of revenue from the new tax for five years, he said, adding the timeframe ended on June 30 this year.

When the GST was rolled out, states were promised compensation for revenue loss till June 2022. The compensation amount was raised from levying a cess on luxury, demerit and sin goods over and above the 28 per cent tax.

Non-BJP ruled states, such as Chhattisgarh (Congress ruled), Kerala (LDF government) and Rajasthan (Congress ruled), have in the past also demanded that the compensation regime to be extended by five years, the statement said.

Baghel said Chhattisgarh has received Rs 13,089 crore less from the central taxes in the Union Budget of the last three years, resulting in extreme pressure on the resources of the state.

In the coming budget, the complete share of central taxes should be given to the state, he demanded Baghel also demanded that Rs 4,140 crore deposited with the Centre at the rate of Rs 294 per tonne on coal mining from coal block companies should be transferred to Chhattisgarh soon.

Noting that about 65 per cent of the mineral revenue of the state is the source of iron ore mines operating in the state, he called for revision of royalty rates as necessary in the financial interest of the state.

Baghel requested a revision in the rates of royalty for coal and other major minerals. He also called for speedy action on other pending demands of the state government including refund of deposits in the New Pension Scheme and ensuring availability of jute gunny bags.

Baghel also suggested that agricultural research institutes should be given the responsibility of providing free seeds of newly developed crop varieties, mini kits and breeder seeds on a large scale to ensure crop diversification and increase in the production and productivity of pulses and oilseeds.

Elaborating on the steps being taken by the Chhattisgarh government, he said that to promote crop diversification the state government has started implementation of ‘Mukhyamantri Vriksharopan Protsaahan Yojana’, under which a provision has been made to provide Rs 10,000 per hectare to farmers who cultivate pulses, oilseeds or do plantation instead of paddy.

Along with the Rajiv Gandhi Kisan Nyay Yojana, Chhattisgarh Millet Mission has also been constituted, Baghel told the meeting.

The chief minister noted that NITI Aayog has appreciated the better performance of the aspirational districts of the state in the last three and a half years.

He, however, added that there are still resource problems in the state, which should be resolved.

Baghel also called for relaxation under Forest Conservation Act in setting up of 5 MW solar power plants in 10 aspirational districts of Chhattisgarh.

Regarding the implementation of the National Education Policy, the Chief Minister said that many important steps have been taken in this direction in the state.

With the objective of providing good quality infrastructure, equipment, educational and co-curricular activities in the government schools, the state government has started Swami Atmanand Excellent English Medium Schools in Chhattisgarh, he said.

While speaking on the agenda of urban administration, Baghel pointed out that Chhattisgarh has won the state clean survey for three consecutive years. Better work has been done in solid waste management in the urban areas of the state.

He also suggested that MGNREGA should be implemented in rural areas located near cities and cities with a population less than 20,000.