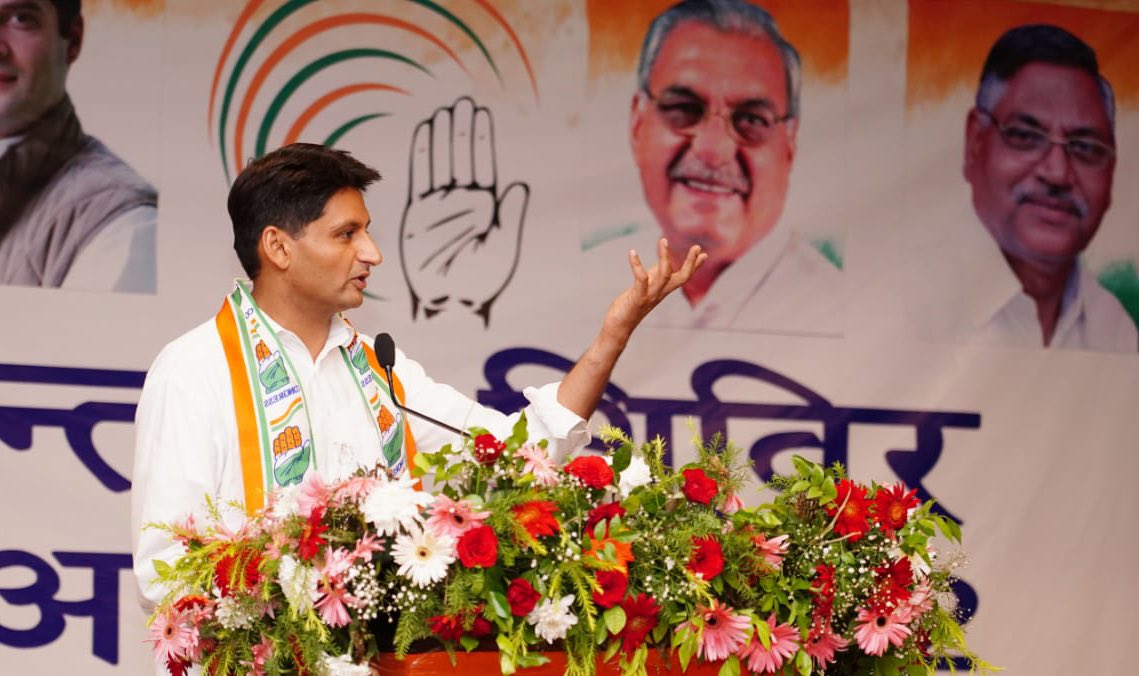 NEW DELHI: The Congress on Wednesday said it would launch an agitation against the defence recruitment scheme Agnipath and unemployment after August 15 even as it extended full support to the Samyukt Kisan Morcha’s ‘Jai Jawan, Jai Kisan’ campaign.

Congress leader and Rajya Sabha MP Deepender Singh Hooda said the party would demand rollback of the Agnipath scheme during its agitation.

He said the Samyukt Kisan Morcha and some organisations of jawans and the unemployed youth had announced jointly launching the ‘Jai Jawan, Jai Kisan’ campaign against the Agnipath scheme and holding seminars all over the country from August 7 to 14. The Congress party will extend its full support to the campaign, he added.

Hooda said the government should tell the country if the Agnipath scheme was good for the nation, why was it running away from a discussion on it in Parliament.

Hooda said he, along with several other Congress members, had given adjournment notices in both houses of Parliament in the just-concluded Monsoon session for holding a discussion on the Agnipath scheme but the government did not agree.

The Congress leader alleged that the strength of the armed forces in the country would be drastically reduced once the Agnipath scheme is implemented and the usual recruitment from states such as Haryana, Himachal Pradesh, Punjab and Uttarakhand would also reduce drastically.

He said that from 5,000 recruitments every year from Haryana alone, there will only be 963 ‘Agniveers’ recruited now, of whom only 240 will be taken as regulars in the armed forces.

“…we extend full support to the Jai Jawan, Jai Kisan campaign launched by Samyukta Kisan Morcha (SKM) and joint organisation of ex-servicemen who fought for ‘One rank, One pension’…,” the Congress leader told reporters.

Hooda also accused the government of betrayal with farmers by not giving a guarantee on minimum support price, by bringing in the electricity bill without discussion with farmers and all stakeholders and by not sacking union minister Ajay Kumar Mishra, whose son was arrested in connection with the killing of farmers in Lakhimpur Kheri in Uttar Pradesh.

Talking about the electricity bill, he alleged the government wants to hand over profitable power ventures to private players and this will result in stopping all cross-subsidisation of power.

The Congress MP claimed that this will lead to higher power rates for farmers, agri sector, the poor and the middle class as cross-subsidisation will come to an end and power rates by state power boards would have to be raised.

Hooda accused the government of copying the West models which were not applicable in a vast country like India, which required its own model to be implemented.

“We should stop copying the West models and stop following their policies as India needs different policies suited to the country. The electricity bill will lead to increase in power tariffs for the agriculture sector, the middle class and the poor,” he said.

In this article:Congress to take to streets after August 15 demanding rollback of Agnipath scheme: Deepender Singh Hooda