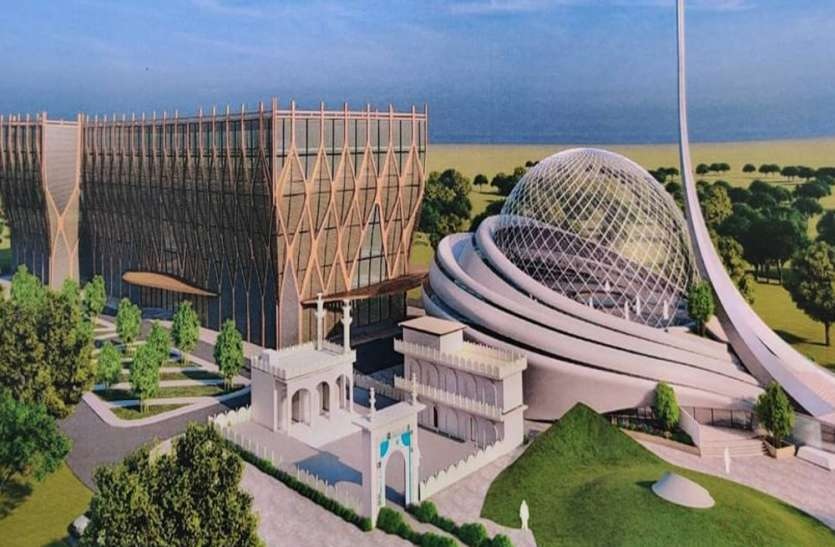 NEW DELHI: An action plan is being prepared to garner funds for the construction of a mosque in Ayodhya’s Dhannipur village on five-acre land given to Muslims on the directions of the Supreme Court.

The land was given to the Muslim side following the Supreme Court’s verdict in the Ram Janmabhoomi-Babri Masjid title suit.

The Indo Islamic Cultural Foundation (IICF), which has been set up for the construction of the mosque, will build a mosque along with a hospital, library, community kitchen and research institute, on the land.

Foundation secretary Athar Hussain told PTI that a five-member team led by its president Zufar Farooqui visitted Farrukhabad on August 12 and for the first time made an appeal for donations for the construction of the mosque and other public facilities in Ayodhya.

During this, the people present promised to raise Rs one crore for the construction of the mosque and about Rs 2.5 lakh was also collected there.

He said earlier the Foundation had collected Rs 25 lakh for the construction of the mosque.

It is expected that within a month the map of the mosque and other buildings will be obtained from the Ayodhya Development Authority.As soon as the map is received, the construction work will start.

Hussain said initially a hospital will be constructed and OPD will be started. If possible, along with preparing the floor of the much-awaited mosque at Dhannipur, the process of holding ‘namaz’ will also be started there.

“On August 12, many big businessmen of the city, retired officials and others organised a fund raising programme in Farrukhabad. Similarly, from Mumbai and various districts of Gujarat, Madhya Pradesh and Bihar, people are calling the Foundation team. We are now making our ‘route map’ so that all these places can be visited and funds raised,” he said.

The IICF secretary also said that the opinion of Muslims about the Foundation has changed to a great extent and people are now trusting it.

“Not only Muslims, people from other communities are also trusting the Foundation. Initially non-Muslims donated a lot to the Foundation but now Muslims have also started showing interest in participating in a big way,” he said.

The Supreme Court, in its historic judgment on November 9, 2019, in the Ram Janmabhoomi-Babri Masjid case of Ayodhya had directed that five acres be provided at a prominent place in Ayodhya for the construction of a mosque while allowing construction of Ram temple in Ayodhya.